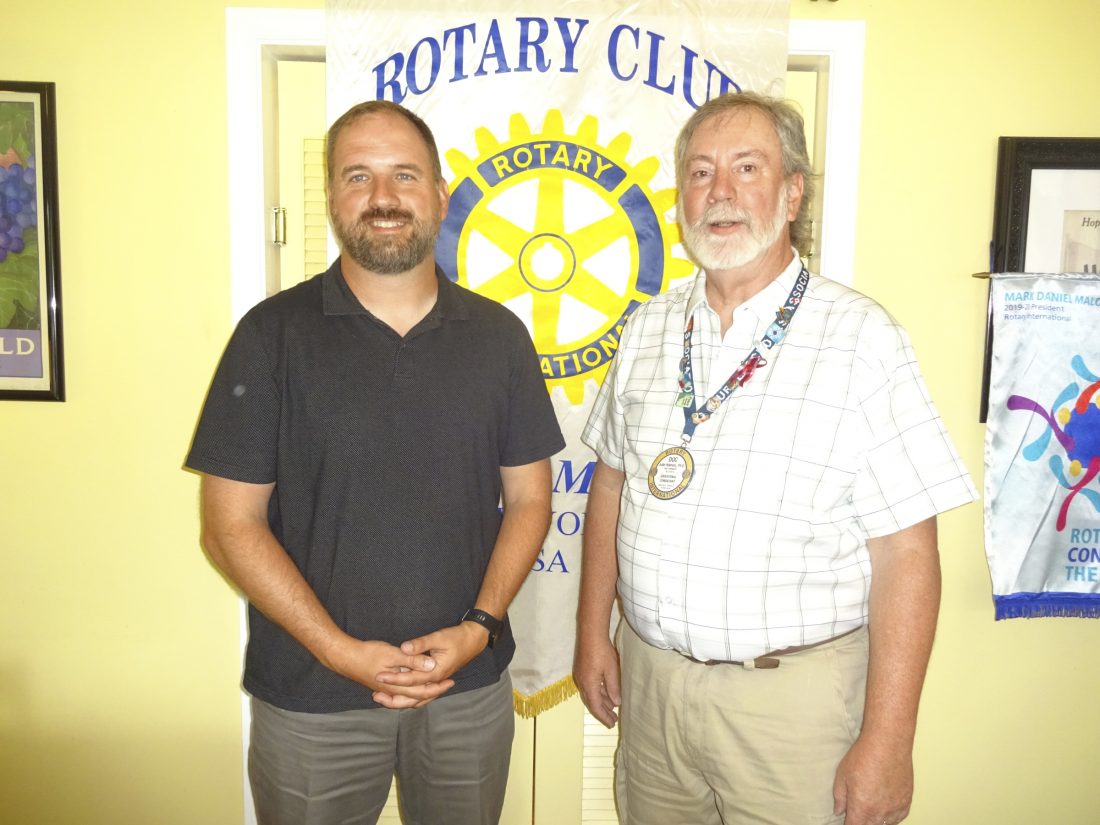 Greg Carlson, at left, director of the Chautauqua County Veterans Service Agency, was welcomed to the July 2 meeting of the Westfield-Mayville Rotary Club by John “Doc” Hamels, club president. Carlson, who was the guest presenter, gave an overview of the types of services and assistance for county veterans and their dependents which this agency offers. Submitted photo

WESTFIELD — During the July 2 meeting of the Rotary Club of Westfield-Mayville in Westfield, Greg Carlson, Chautauqua County Veterans Service Agency director, highlighted some of the services and types of assistance which this agency offers to Chautauqua County veterans and their dependents. His program was sponsored by John “Doc” Hamels, Westfield-Mayville Rotary Club President.

Carlson is a native of Celoron and a 20-year, retired U.S. Air Force Veteran who served as an enlisted man and an Officer. He served in Afghanistan and many other places. He retired in July of 2016, and he accepted his county position in October of 2016. Overseeing a staff of five people, Carlson has his office in Jamestown.

“Chautauqua County is a great place to be if you are a veteran, despite our county’s small veteran population,” he said. “We have two community-based outpatient clinics, one in Dunkirk and the other in Jamestown. We are near a third one in Warren, Pa. Plus, we have both the Buffalo and the Erie VA Medical Centers in our area.”

“When veterans and/or their dependents contact our agency, the worst-case scenario is that they have no information. The best-case scenario is that we are able to help them get the benefits to which they are entitled. It is important for folks to know that the VA is a healthcare provider, not healthcare insurance. I ask veterans a lot of qualifying questions. I like to find ways to help veterans become eligible for services. About 50% to 75% of the veterans I assist qualify for services, when these veterans thought that they didn’t qualify at all. Primarily, we file claims to help veterans and their dependents offset costs for various services.”

Some of the questions which Carlson asks veterans relate to their years of service, where they served, what their duties entailed, and if they sustained any injuries during active duty.

The Chautauqua County Veterans Service Agency assists veterans and their dependents with determining their eligibility for various services.

It helps veterans file disability claims. Also, it aids war era veterans and their surviving spouses with filing care claims, such as for in-home and skilled care. Carlson screens individuals for potential services, and he can represent a veteran on his/her behalf if services are denied.

“In the late 1960’s, 40% of the U.S. population was made up of veterans,” Carlson said. “Today, 7% of the U.S. population consists of veterans. Also, they are becoming a much less represented group by our government leaders. Today’s force is complex, and it is technologically driven. Career veterans now comprise 55% of our force, because they are serving beyond their first enlistment.” 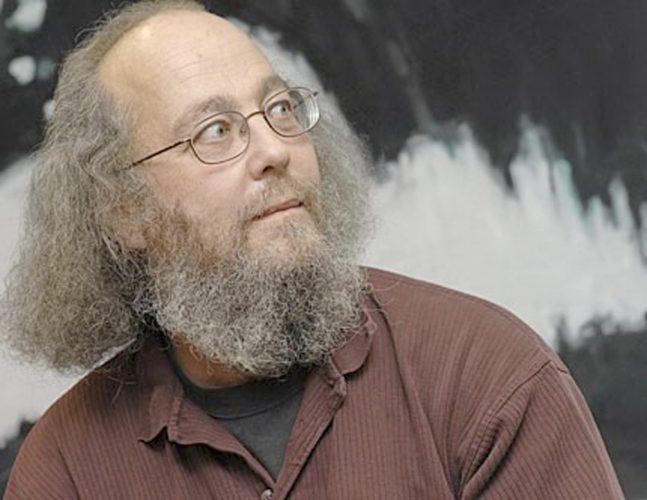