The state Legislature wants to help an overburdened Department of Agriculture and Markets by creating a 13-member advisory panel on food safety and inspection programs.

A.5176/S.5387 was approved by the state Assembly 111-37 and 62-0 in the state Senate. It has not yet been signed by Gov. Andrew Cuomo. Both Assemblymen Andrew Goodell, R-Jamestown, and Joe Giglio, R-Gowanda, voted against the legislation.

According to the legislative justification, cuts in state funding and staffing in the Department of Agriculture and Markets have led to increased concerns about the department’s ability to monitor the the nearly 30,000 food establishments in the state while supporters said there are also other public concerns about the safety and regulation of the food supply that need to be addressed by the department.

The panel would include seven members appointed by the governor, including two academic food safety experts, one representative each from the retail and food processing industries, and one farmer. The Assembly speaker and Senate president will appoint one consumer and one food industry representative while the Assembly and Senate minority leaders would each have one appointment. Additionally, representatives of the federal Food and Drug Administration, U.S. Agriculture Department, state Department of Health and county or municipal health departments would be invited to participate in meetings.

The legislation was proposed in the 2017-18 legislative session and was not approved. Goodell referenced that previous bill when explaining his vote against the advisory panel.

“Last time this bill came up for a vote we were told we needed this agricultural advisory board to provide more oversight over the agriculture industry becuase there was a lack of funding and staff within the Department of Ag and Markets,” Goodell said. “Ironically, however, there is no funding for this advisory board either. It seems a more effective approach might be to increase funding for Ags and Markets and then we wouldn’t need to create additional boards that also don’t have any funding. For that reason a number of my colleagues have expressed concerns from the past and may do so in the future.”

ALBANY — State Sen. George Borrello, R-Sunset Bay, has been named as the ranking member of the state Senate ... 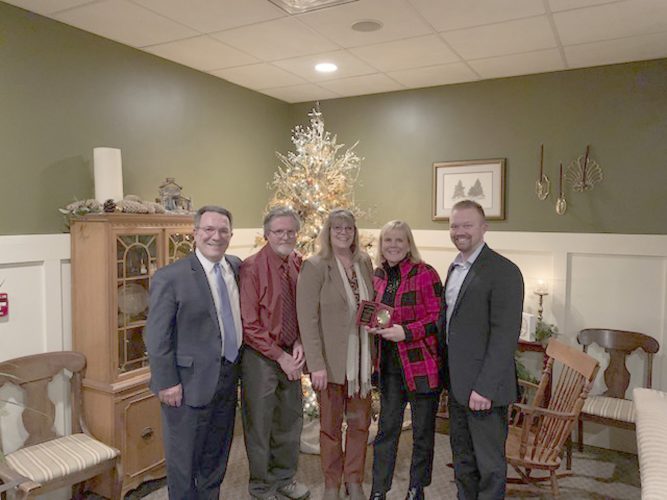 Board Members Recognized At Boys And Girls Club Program