Festival Sounds Ring Out In City 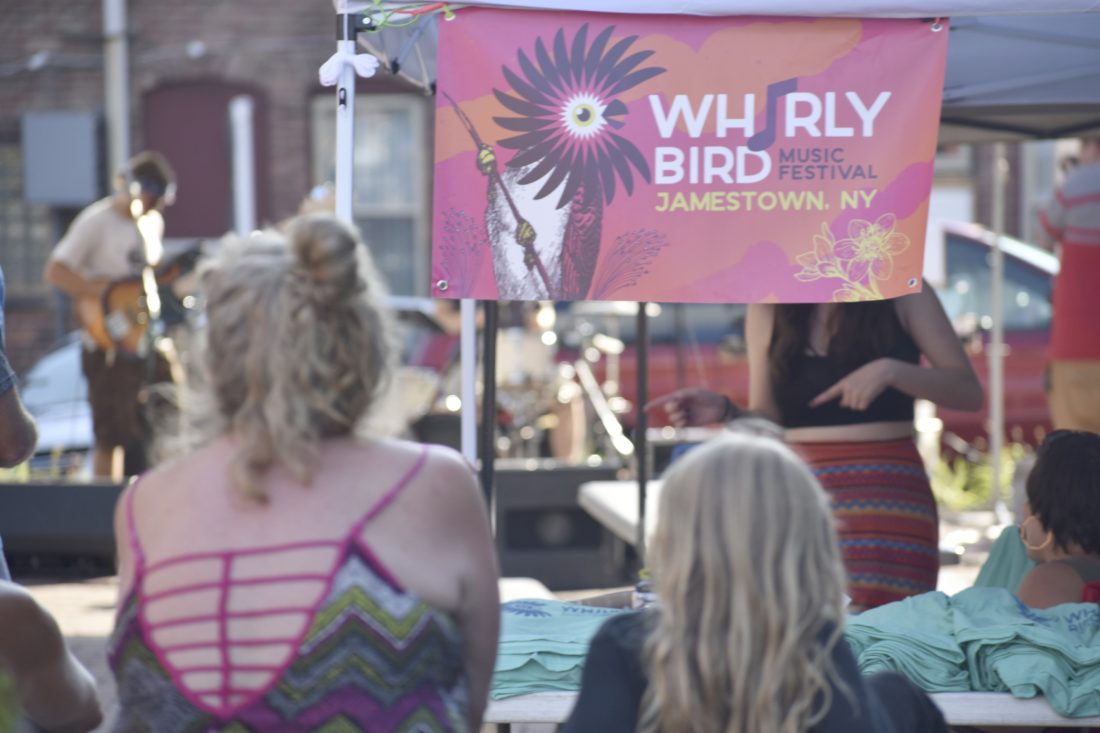 The Whirlybird has landed.

And Director Miki Girts said the festival is growing “organically.”

The second Whirlybird Music and Arts Festival began Thursday and will continue today with more activities and performances.

People could be seen enjoying musical performances at the Winter Garden Plaza during the free opening night of the festival in partnership with the local Third Thursday Concert Series.

“Last year, what worked we wanted to elaborate on,” Girts said as he was setting up Thursday’s event. “We didn’t really want to change things up.”

The overall festival expanded into three days from last year which only featured a Saturday event.

Girts, a Falconer native, wants the music and arts event to showcase the city of Jamestown.

“This is all for love for the city,” Girts said.

He hopes the festival will help grow the arts and music scene, which he believes has potential.

The festival concludes Saturday when the free Street Festival will be held on Third Street from 10 a.m. to 7 p.m.

The festival’s line up, schedule and tickets can be found at whirlybirdmusicfestival.com.