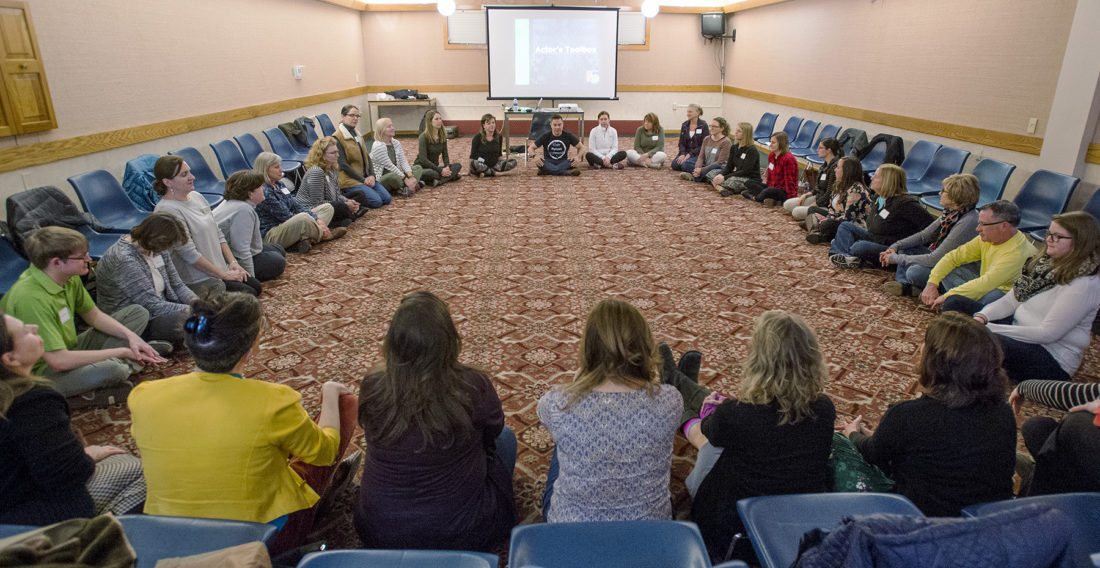 “If your concentration muscles are strong, you can lock your eyes on a focal point,” said Kennedy Center Teaching Artist Sean Layne. “You can blink, breathe but you are not looking around. When you are standing still, your brain is going to talk to you. It’s going to tell you do things like wipe your nose, fix your hair, pull your pants up, look at your neighbor -when your brain tells you those things what should you do?”

“That’s right, that’s what concentration is a conversation you have with your brain where you become the boss, not your brain.”

Mr. Layne worked with students at Ring and Love Elementary Schools on an engaging step-by-step approach to empower students to take ownership of, and be responsible for, their own behavior by helping them build the skills necessary to establish a sense of self-control, accountability, and team building. Mr. Layne also taught a workshop, “Acting Right — Drama as a Classroom Management Strategy” where he showed 40 Jamestown and Chautauqua Lake teachers to take the foundational elements of acting such as concentration, cooperation, and collaboration and created a structured process, which can become the basis for effective classroom management every day.

“I’m here to show teachers how to use drama to create a cooperative, collaborative learning environment,” said Mr. Layne. “We work on ways to show students, through drama techniques, how to cooperate, concentrate and collaborate and how to make pictures with their bodies called tableau.”

The classroom visits are part of the partnership team consisting of Chautauqua Institution, Jamestown Public Schools and the Chautauqua Lake Central School District who were named among 10 inductees in the John F. Kennedy Center for the Performing Arts Partners in Education Program. This is the second year of the collaboration, which gives the schools multiple visiting artists opportunities each year.

“Chautauqua Institution is proud to serve as a year-round arts education resource that now offers in-depth residency programs in schools, field trips at Chautauqua, and professional development for teachers. Partnering with Chautauqua County schools is an honor and a priority as we look to serve our community throughout the year,” said Deborah Sunya Moore, Vice President of Performing and Visual Arts

SEAN LAYNE, a native of the Washington, D.C. area, received a B.F.A. degree in acting and studied acting in London, England. He is founder of a national arts education consulting company called Focus 5 Inc. This company focuses on arts integration across the curriculum for grades Pre K-12. Mr. Layne presents professional development workshops for teachers, and has designed training seminars for teaching artists nationwide for The John F. Kennedy Center for the Performing Arts. He is also an Arts Coach for the Kennedy Center’s Changing Education Through the Arts program. For over a decade Mr. Layne acted, directed and designed sets for the InterAct Story Theatre, a professional theatre company that has served more than 4,000 schools, museums, libraries, and festivals around the world. He began working with the Wolf Trap Institute Early Learning Through the Arts program in 1989. As a Master Artist, he has represented Wolf Trap across the country and internationally, and has designed and piloted new residency and workshop models for the Institute. 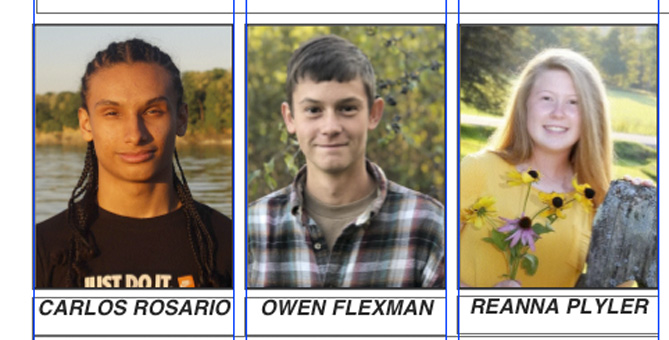 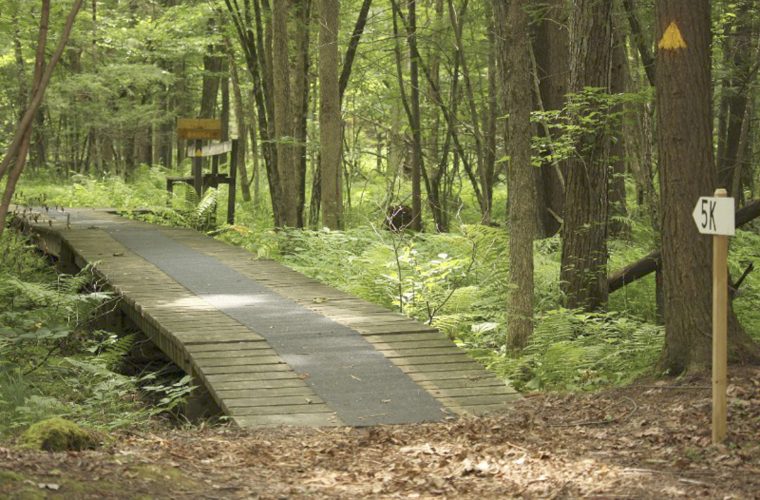 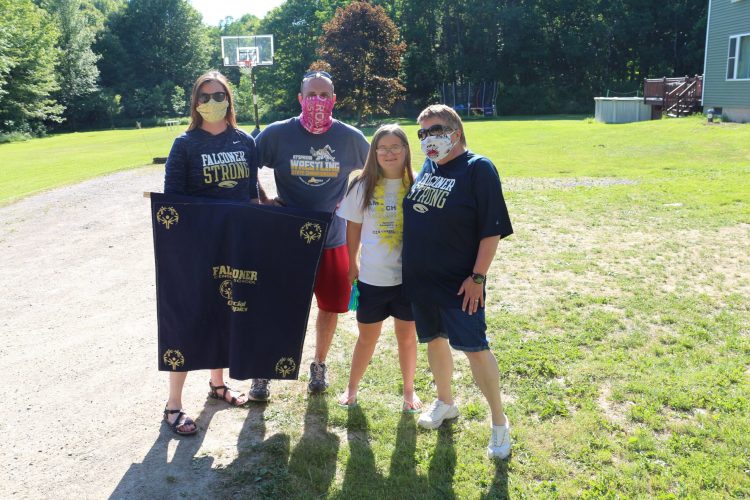