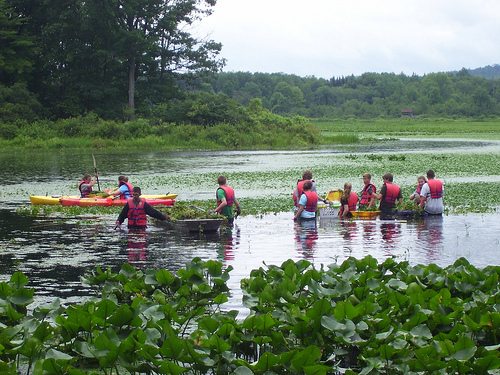 Hundreds of volunteers over five summers have helped the Audubon Community Nature Center near the finish line in eradicating the European water chestnut that first appeared in 2013.

“In waders and kayaks, Western New York PRISM (Partnership for Regional Invasive Species Management) staff recently spent four days pulling water chestnut out of our waterways,” said Jeff Tome, Audubon senior naturalist. “Thanks to their efforts coupled with the work of our great seasonal staff and local volunteers, the problem appears to be getting under control.”

The European water chestnut is an invasive species that can cover a water body so densely it chokes out other plants and animal life. Much of the center’s 600-acre wetland preserve is covered by a series of ponds, making it vulnerable to the annual invader. Staff and volunteers have worked since its first appearance to control its infestation and prevent it from spreading to other waterways in the region, including Conewango Creek and Chautauqua Lake.

Work of the PRISM staff followed a major pull on June 24, when volunteers were served lunch following their morning efforts.

Julie Gibson, Audubon water chestnut coordinator, is still looking for help as she continues to focus on pulling on Tuesdays and Thursdays. She can also arrange to work with volunteers on Saturdays and evenings. To participate, email Gibson at waterchestnut@auduboncnc.org. 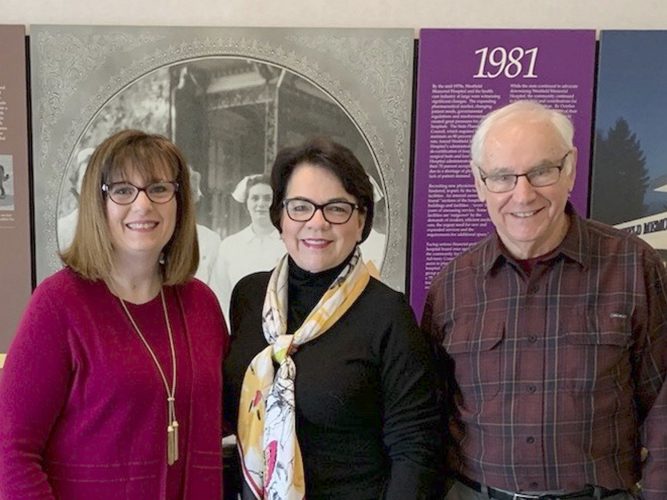 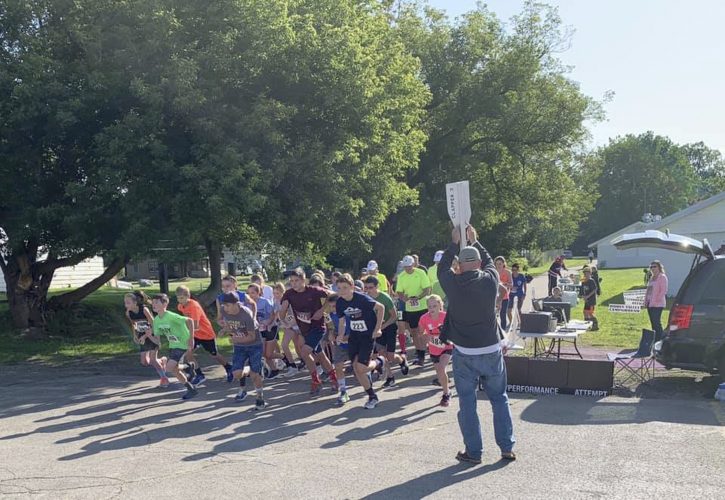