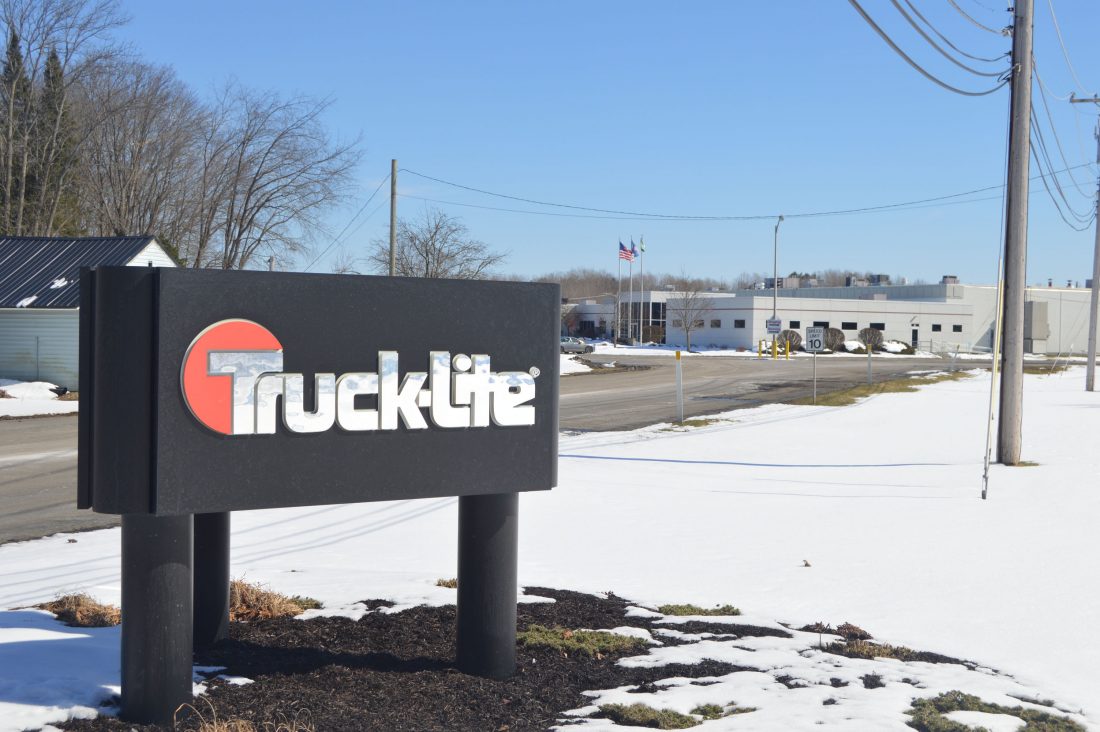 Truck-Lite Co. has filed notice with the state Labor Department that it plans to lay off 97 employees at its Falconer plant beginning in late July. The plant is slated to close this year. P-J file photo by Eric Tichy

The longtime village-based Truck-Lite Co. has filed notification with the state Labor Department regarding the closing of its 310 E. Elmwood Ave. facility. The shuttering will result in layoffs to 97 employees, the majority of which are believed to be on the production side, beginning July 31.

The notice is the latest indication that the LED safety lighting manufacturer will cease production this year. The company announced in January it had made the “tentative” decision to close the plant, prompting local officials — including Falconer Mayor James Jaroszynski — to make a direct appeal for its continued operation.

A major reason for the decision came as Truck-Lite said it planned to end production of mirrors at its Falconer facility. A spokesperson said despite having the largest plant within the company’s footprint in the U.S., the facility had the lowest output in terms of manufacturing.

Management said earlier this year that the local corporate office, located next to the plant and which handles accounting, customer service, purchasing and engineering, among other duties, will remain open. It’s not known if the 97 layoffs include anyone on the corporate side.

A statement from the company in January read: “Truck-Lite has made the tentative decision to cease production at our Falconer manufacturing facility by the end of this year and relocate work to other Truck-Lite facilities. Our tentative decision is consistent with other recent actions designed to meet customer demands and make Truck-Lite more cost competitive in the global marketplace. This is not a decision that we take lightly, and we are committed to treating the impacted employees fairly. This tentative decision has no impact on our other Falconer office-based employees. We intend to maintain a presence in the Falconer area.”

At the time, officials did not specify how many workers would be impacted or when a closing might occur. However, the state Labor Department notice has made clear the number of layoffs. Further, the closing date has been listed as Dec. 31, with the reason cited as “economic.”

Calls and an email to the company seeking comment were not returned this week.

“It’s something we knew was a possibility,” Jaroszynski said when reached by phone. “We knew it was something that could be coming down the road. We didn’t want it to happen, but it’s a corporate decision.”

“We’re going to do everything to help them market that plant,” said Mark Geise, deputy Chautauqua County executive for economic development and county Industrial Development Agency CEO. “We’ve been in there many times. We knew in the lighting division everyone is getting away from mirrors. It was a real crutch for that business. It wasn’t a big surprise.”

In total, the company has 10 facilities across North America and Europe.

Fredonia Courtroom To Be Named For Prince