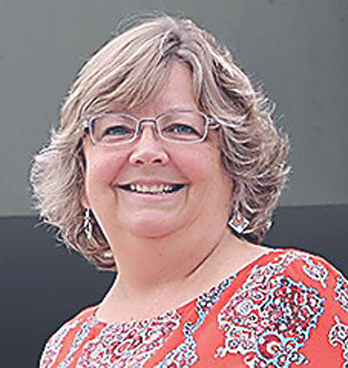 Buffalo Business First magazine has released its annual ranking of the most powerful people in Western New York, and once again Denise Jones has placed highly on the list.

Jones, The Resource Center’s chief executive officer, is ranked No. 74 on this year’s “Power 250” list. The list reflects those who, in Business First’s opinion, are the 250 most influential people in the eight-county region. This is the fifth straight year Jones has been included on the Power 250 list since she became TRC’s executive director in 2015. This mark’s her highest ranking on the list; last year, she was No. 91.

Business First’s eighth annual Power 250 list and rankings were determined from a consensus of the members of its newsroom.

“We concede that there is no formula for computing power and influence. Influence means different things to different people, but most of us will agree on this: We all know power and influence when we see it,” said Donna Collins, Business First’s managing editor. “Factors we consider include length of time leading a company, CEOs of companies with sizable payrolls and leaders whose decisions affect many individuals,”

Jones, a certified public accountant, joined The Resource Center in 1980 as the agency’s first internal auditor. In 1997, she was named finance director, and she worked in that capacity until becoming chief financial officer and assistant executive director for administrative services in 2004. In 2008, she was promoted to chief operating officer and associate executive director.

TRC officials were pleased Jones has again been recognized as one of the region’s premier business leaders.

“The board of directors was delighted to learn that Denise has been included in the Business First listing of the 250 most powerful business leaders in Western New York,” said Patricia Perlee, board president. “Denise is dynamic, knowledgeable and well respected within the community. She believes every individual is unique and valued and should be respected. We are extremely fortunate to have a director of Denise’s caliber heading our organization.”

The Resource Center has been supporting people with disabilities and their families since 1958. The Resource Center also provides a variety of health-related services that can be utilized by anyone, regardless of whether they have a disability. TRC also performs subcontracting work for the federal government and local businesses at manufacturing facilities in Jamestown and Dunkirk. To learn more information, call 483-2344 or visit resourcecenter.org.