One of the new rooms inside the Harbor Light Wellness Center, located at 415 E. Fourth St. Jamestown. 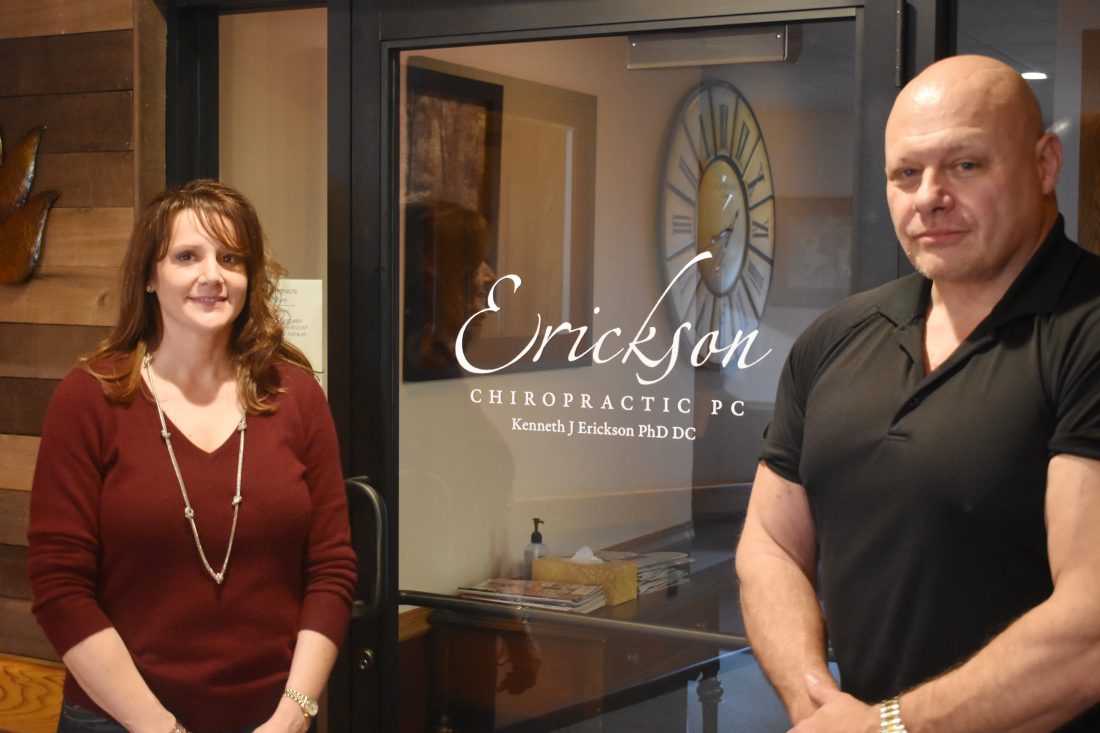 Dr. Ken Erickson believes all of his life experiences have led him to this point.

“Hopefully, we’ll have something for everybody,” Erickson told The Post-Journal.

In the recently renovated 415 E. Fourth St., Jamestown, building, formerly the home of a local funeral home, Erickson and his wife, Miranda, moved the operations of Erickson Chiropractic. However, the move, while a necessity to accommodate a growing number of clients, was an attempt to expand into a new line of work, too.

Erickson was not initially interested in purchasing the Fourth Street building, but received a push and encouragement from his wife. Now, the space is allowing him to offer a breadth of opportunities for people that go beyond his chiropractic work. 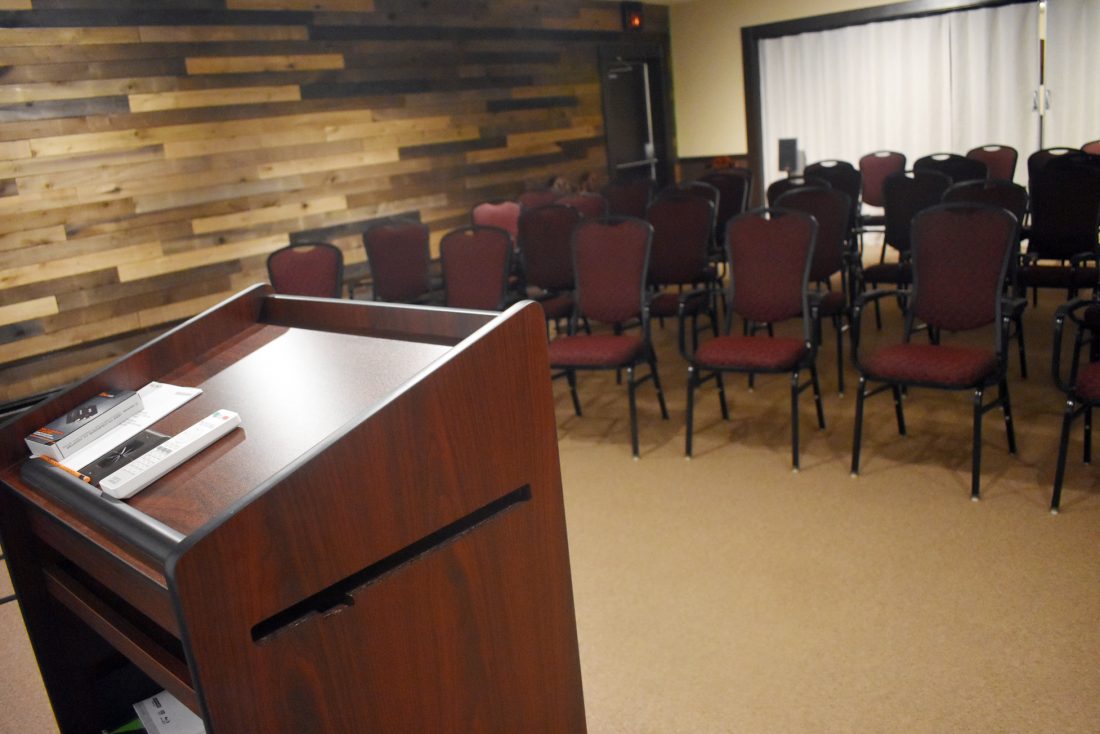 One of the new rooms inside the Harbor Light Wellness Center, located at 415 E. Fourth St. Jamestown.

When asked what the new wellness center would incorporate, Erickson’s response was one that included a long list of ideas. The wellness center will likely offer educational seminars and lectures, yoga for everybody, Tai Chi classes, strength training classes and potentially even self-defense classes, among many other ideas Erickson has been contemplating. The new location features space for his chiropractic practice and now a fully functional weight room, a room for activities like yoga and a room for lectures. For more information on what services are being offered, Erickson Chiropractic can be reached at 665-6226.

For him, health is not a thing one can hold or even potentially achieve.

“I don’t look at health as a thing, it’s not a noun for me. It’s more of an attitude,” he said. “It’s more of an approach to living your life regardless if you have heart disease or cancer or whatever medical condition you may have. Health is more than just trying to deal with those specific problems, and so this place will hopefully be a place where we offer a variety of things.”

He believes that through his experience in education at Lancaster University, where he earned his doctorate’s degree in health science; his background in neurology; two black belts in Jiu Jitsu; his first job as an electrical contractor; and even his recovery from open heart surgery two years ago; he has come to this new business venture and overall view on health.

“All of those things together kind of brought us where we’re at today,” he said. “It’s been a long, long road. I’ve been doing this for a long time. Now, I’m hoping to offer something to people that will allow them to have a sense of health regardless of whatever their current condition may be.”

Erickson has been in the chiropractic field for more than 20 years. However, he was introduced to the industry much earlier on. During his time as a powerlifter he was injured, which led him to the chiropractor’s office to receive treatment where he was able to see a chiropractor’s line of work and lifestyle. Additionally, while working as an independent contractor, he installed much of the wiring at the former WCA Hospital, now UPMC Chautauqua, which allowed him to view an aspect of the medical world, too.

Another inspiration for the new business was his background with martial arts, specifically Jiu Jitsu. Erickson has two black belts, one of which was earned under Gokor Chivichyan, who also trained former UFC Champion Ronda Rousey.

“That all led to the idea of doing a wellness studio — a wellness center, really,” he said.

Erickson said he’s “ready to go” with the wellness center. However, he said the current concerns and restrictions regarding the spread of COVID-19, or the novel coronavirus, have pushed back the grand opening of the center to a later date that’s yet to be scheduled. Erickson said the postponement may be a perfect time to begin the other aspect of his new business which is posting lectures and educational videos online.

Ken and Miranda Erickson are working on a new website for the two businesses where the future video content can take on a life of its own.

A primary goal of his lectures is to be able to move people emotionally. He said he does not intend to bore people with informative presentations, but rather he hopes to inspire. But all of his work is focused on improving one’s health. And for him, he reiterated, health is not just one single thing.

“It’s not only removing disease or fighting off some type of pathogen, it’s how to stay balanced, essentially, in your life,” Erickson said.

Operating a wellness center in a former funeral home could be seen as two opposite business ventures. But Erickson doesn’t quite see it that way.