Dan Brown, Farm Fresh Foods owner, never thought he would own a retail store, but he loves his job. P-J photo by Jordan W. Patterson 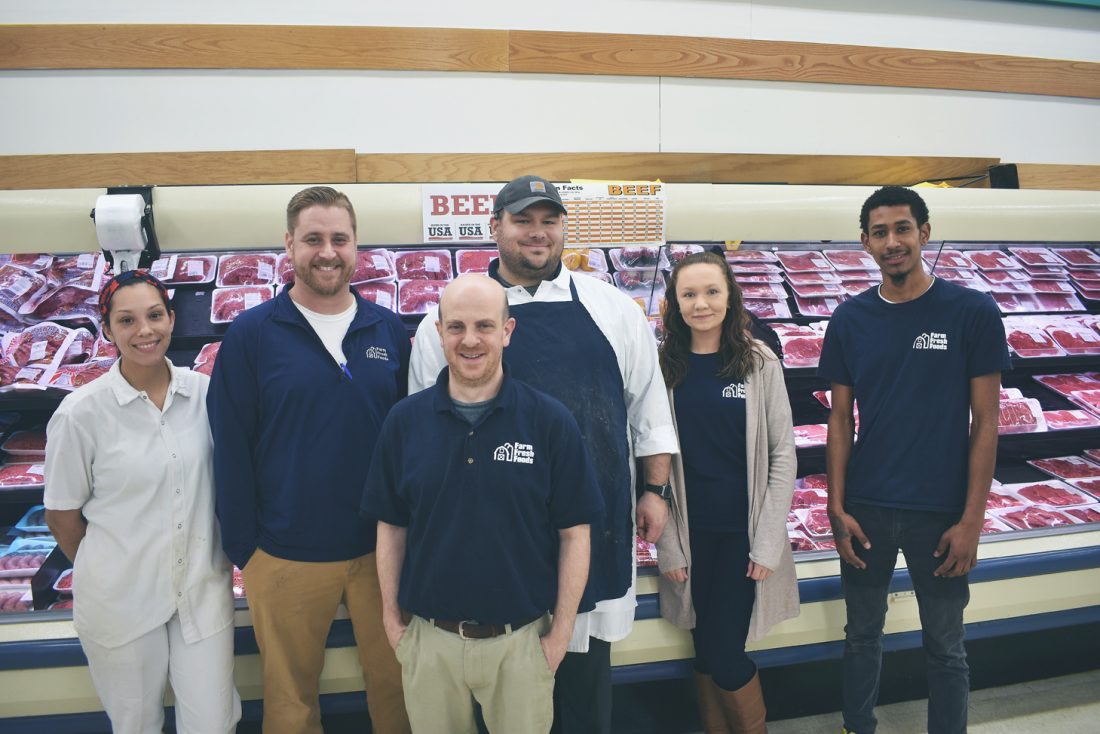 Dan Brown began stocking shelves at Farm Fresh Foods in December 1999. At the time, it was just “a job in high school and college” for him. As it turns out, it’s been the only job he’s ever had.

Now, 20 years later, Brown is concluding his fifth year as owner of the grocery store — a business that initially provided the young Jamestown High School student with some extra cash.

“There’s a lot of aspects of it I like and I still love to this day,” Brown told The Post-Journal sitting in his office at the 703 W. Third St. location as to why he stuck around in the retail industry. “The interaction with customers and employees, it’s just an open, friendly environment to be around.”

The locally-owned business celebrated 20 years of operation in November, and will celebrate the five-year anniversary of Brown’s purchase next month. While Brown has only been running operations for five years, he’s essentially been with the business since the beginning.

A month after Farm Fresh opened in 1999, Brown was hired as a stocker in December. The JHS alum would later climb the ranks of a business he didn’t know he would one day own. 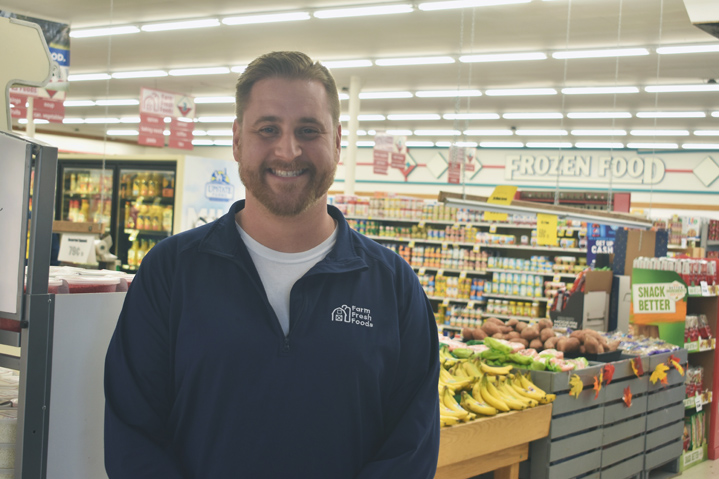 Dan Brown, Farm Fresh Foods owner, never thought he would own a retail store, but he loves his job. P-J photo by Jordan W. Patterson

“Things happen the way they happened and things happen for a reason,” Brown said. “I never thought I’d want to be working in the retail business to start. … It really turned out to be something I really love doing.”

Brown graduated from JHS in 2000 and earned an associate’s degree from Jamestown Community College in 2002. He spent one year in Buffalo attending the University of Buffalo, the only period he wasn’t working at Farm Fresh. Upon his return, he took a role as an assistant manager. Eventually, he became store manager and conversations began with the previous owner about Brown potentially taking over in the future.

He credits much of what he loves about the retail industry to the environment the previous owners created. Among places like Tops Friendly Markets, Save A Lot, Wegmans, Dollar General and Walmart, Brown said businesses have to find a niche to be successful. And he believes Farm Fresh’s niche is cherishing relationships with community members, as well as offering affordable pricing.

“You got to find things that set you apart and I think the two biggest things that they (the previous owners) impressed on me is, and that I’ve really taken, is how you treat your customers and how you treat your employees. You treat them as closely to family as you can. You treat them with an equal amount of respect and you hopefully in turn get that back,” Brown said. “So, I think the relationships with your employees and your customers is an extremely important part and also just the pricing. We try to keep our costs at the most affordable levels to be able to appeal to everybody.”

Since Brown took over, after the previous owner was looking to sell the business, a lot has changed in the community. Chautauqua County, and specifically the Southern Tier, have seen many small, locally-owned businesses shutter while more dollar stores have opened. Even larger companies have closed retail stores in the area, too. Brown admitted that all of the industry turnover has had some impact on Farm Fresh.

“They’re always going to be there,” he said of corporate chains. “I could sit up every night and worry about what everybody else is doing, but I guess I’d rather focus our energy on what we’re doing here.”

Highlighting its bakery, the friendly environment and a variety of fresh products throughout the store, he remained confident in Farm Fresh’s chances to continue its success.

While carrying on the legacy of Farm Fresh, Brown hopes his Jamestown pride and his support of other local businesses can help make the city “viable” again.

“I feel that I’m one of those people that shows pride in being born and raised in Jamestown,” he said. “I went to Jamestown High School, I went to JCC and I’m proud to be from here. If I can impress one thing on anybody else it’s that this town can be good again.”

Farm Fresh will be running an anniversary-related promotional sale from Tuesday, Dec. 2, through Sunday, Dec. 8, to coincide with the five-year and 20-year milestones. For more information, contact the store at 483-3933 or visit the website at farmfresh716.com.