Dinner And A Show

Erica and Jason Skinner, with 16-month-old Rain, inside the new Skinner’s Kitchen, located at 120 Foundry Alley, which is located between Washington and Cherry streets between Second and Third streets. The new restaurant will host a grand opening at 11:30 a.m. Tuesday. P-J photo by Dennis Phillips 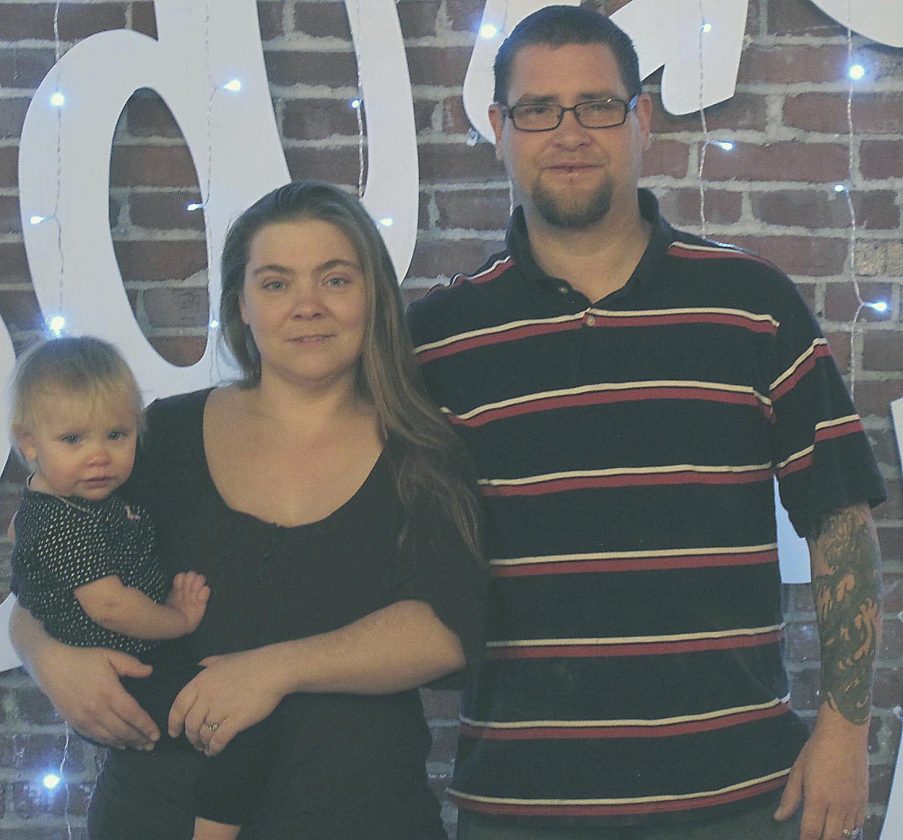 Erica and Jason Skinner, with 16-month-old Rain, inside the new Skinner’s Kitchen, located at 120 Foundry Alley, which is located between Washington and Cherry streets between Second and Third streets. The new restaurant will host a grand opening at 11:30 a.m. Tuesday. P-J photo by Dennis Phillips

A lot of couples hit the town to see a show and eat a meal.

At a new downtown restaurant in Jamestown, visitors are now able to see a show and eat a meal all at the same time.

Skinner’s Kitchen is holding a grand opening celebration at 11:30 a.m. Tuesday at 120 Foundry Alley, which is located between Washington and Cherry streets between Second and Third streets. The restaurant is located inside the Pearl City Arts Building.

Skinner’s Kitchen will be open from 6 a.m. to 2:30 p.m., proving breakfast and lunch. Jason Skinner, owner and chef, said one of the featured entrees will be the Monte Cristo sandwich, which will be served in two styles. One style will be the traditional ham and cheese sandwich, dipped in egg with powder sugar. The other will be “carnival” style, which is a Monte Cristo that will be deep fried.

Other featured foods at the new downtown location will be pizza, made from homemade dough, and chicken wings. 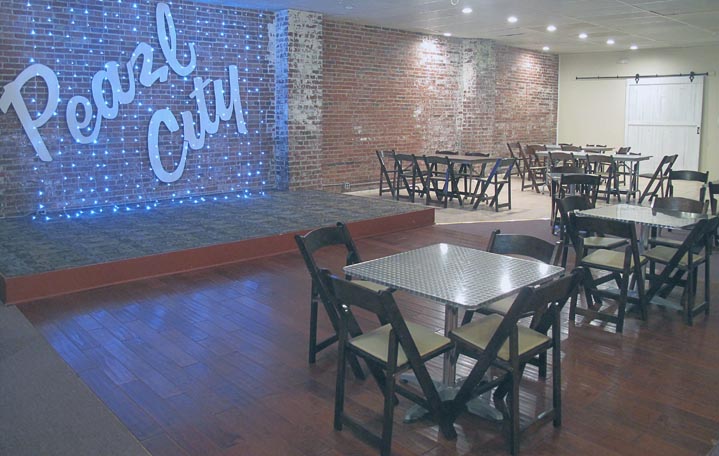 “Our prices are going to be affordable,” Skinner said.

Along with a variety of entree selections, Skinner’s Restaurant will feature a stage in its dining room. Skinner said entertainers will perform on stage during select occasions. Other restaurant events will include a paint night Monday and Thursday, which will feature a local artist. Skinner also said there will be artwork on the walls of the dining room that will be for sale.

Skinner said he will also be providing an in-house catering service, which will include the reception/party room, food and a photographer. He said the catering service will be ideal for wedding receptions and children’s parties.

“We’re going to be kid-friendly, family-friendly. We’re not serving liquor or alcohol. We’re also going to have a space where children can play,” he said.

Skinner said his passion for cooking started when he was 15 years old and he has been cooking ever since. He said he has been a pastry chef at Chautauqua Institution, a cook at the Italian Fisherman in Bemus Point and he currently works at My Dad’s in Buffalo.

“I’ve also worked for many pizza places,” he said. “Culinary is my thing.”

Skinner, who is a Jamestown resident, said there is a special Christmas discount of $1.50 happening during the next month for any customer who brings in a wrapped present for a boy, girl, man or woman. He said a family in need will be selected to receive the gifts and a free meal around the Christmas holiday.

For more information, call 294-9127 or visit Skinner’s Kitchen on Facebook.