This was supposed to be a story about bricks, but instead it became a story about the authentic charm of our villages, and about the good people who live in them. This is why we stay here and why we love being from Western New York: there are values and traditions and a goodness here that has not been diluted by a rapidly changing world.

I wanted to learn more about the Sharpen The Point campaign in Bemus. It’s a program created by the Bemus Point Improvement Committee that sells bricks, engraved with the names or imaginative words penned by the buyers. Each brick costs $50 and is placed along the sidewalk on Lakeside Drive near the Lenhart Hotel and the Bemus Bay Condominiums. There are nearly 300 bricks neatly placed already, forever memorializing the names of local and visiting souls both past and present.

Not many of us will ever have a statue erected in our name, or be a paragraph in a history book, or have our picture hanging on a library wall. So, what I love about buying a brick for my family is that we will become a permanent part of a place that has always made us happy.

“There’s our brick,” we’ll say when we walk by. Maybe some future descendent of mine will go and look for it 100 years from now, much in the same way we drive by our great-grandparents’ old house or we stand and read the names of fallen soldiers on the tall walls of the Vietnam Memorial in Washington.

Life is fleeting; a name engraved in brick is forever.

The brick campaign raises money to make Bemus Point beautiful. It’s for things they couldn’t otherwise afford, like the handsome new benches made locally and scattered about the village. Their beautification campaign, which began in 2006, continues today, and we’ve all enjoyed the fruits of their labor, strolling down wide sidewalks, using new crosswalks, having better parking options and traffic flow.

But here’s the true heart of my story: when I went to meet Sue Jones in Bemus from the Improvement Committee, she was waiting for me, along with Mayor Bryan Dahlberg and committee member Karen Tordello.

We were all going to go for a walk together.

Having been a reporter in cities like Buffalo or the Boston area, I have to say, there aren’t too many occasions where you pull up to do a story and the mayor and his colleagues are waiting for you. And not only that, but they’re going to take you for an hour-long walk and show you around their world.

They’re proud of their village and what they’ve added to it, and it got me thinking about generational contributions.

It’s true that the three or four generations alive in the world at any given time leave an indelible mark on the face of the earth and its culture.

Whether it’s the skyscrapers they built, or the music they performed, or the trees they planted-they have collectively altered time and made the world a very different place.

And you get one shot at it. It’s as if the universe has given the people in your earthly timeframe a blank sheet of paper and said, “OK, get your crayons out and get to work.”

In my great-grandparent’s time they gave us the railroads. My grandmother’s generation gave us the Empire State Building and the automatic washing machine. My mother’s people gave us the Beatles. My generation has given you the home computer.

And there are some people and groups, like the improvement committee members, who get serious about leaving something better than the way they found it. And no matter the hurdles, they always find a way around them. There’s never enough money in our world for beauty or art, so people like Sue and Karen and Bryan sell bricks to buy flowers and benches.

We walked together, six feet apart, on a pretty Saturday, looking at what they’ve accomplished in the village and thinking ahead to one day. Wouldn’t it be great to bury the power lines, they wondered? And whoever thought a crosswalk could be so pretty?

They knew everyone in the village that strolled by and said hello. And I thought, this is how life should be everywhere. And for everyone.

There’s a special brand of goodness and charm around here in our county, even if a lot of you take it for granted.

It kind of makes you want to plant a brick in the ground to let the world know you were here too.

Want your own brick? Visit sharpenthepoint.com

It is a common, if not especially honorable, practice in American politics for a candidate and her campaign to ...

Joe Biden still has time to do the smart thing and name New York Gov. Andrew Cuomo his running mate. The top two ... 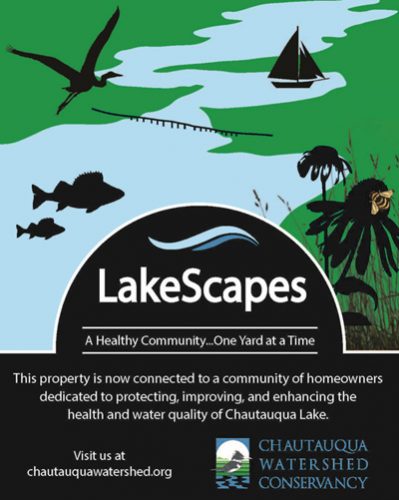