Musings From The Hill: On The Seventh Day Of Christmas 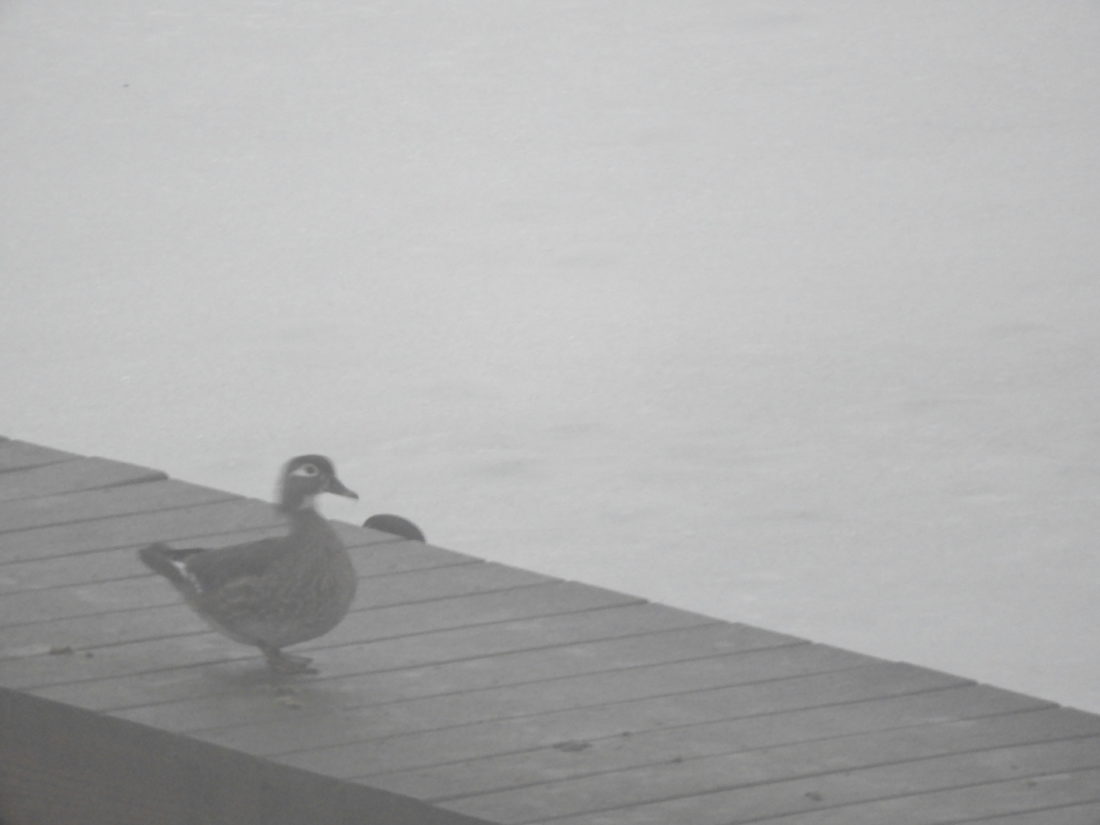 Call me a cock-eyed optimist. That part hasn’t changed from when I wrote this at the very beginning of January, 2013.

I figure I have to be for I doubt if many Bills’ fans found something good in having the final game of last year’s season blacked out. Unintended, but it worked for me.

Since there was nothing to watch, I decided to use the time to secure the edges of the needlepoint I’ll soon be starting for a piano bench for my daughter. Unlike the two I made before which were copies of the carpet, this will have an airy background with just three bird grouping, copies from her wallpaper.

I doubt if I often spend even an hour, uninterrupted, at the window closest to the feeders. I seem to be always on the go with sitting still the farthest thing from my mind. (Truthfully, I’m grateful my life can be like that.)

I was doubly rewarded this afternoon, however, by finishing the December bird count in a flurry. The only “usuals” not seen were the nuthatch and the hairy who has been coming around more, once even bringing his mate. (How times do change! Here, in 2018, the nuthatches — both kinds — are common but I can’t remember the last time I could enjoy watching a hairy at the feeder.)

I did count the chickadee, both sexes of the downy woodpecker (I can keep track that way when the differences are easy to spot), a mourning dove, the house sparrow, junco, goldfinch, titmouse, three jays (the number predicated on how many peanuts are left at their feeder), the white-throated sparrow, both cardinals and the tree sparrow with the bull’s-eye on his chest.

I might have seen higher numbers of the neighboring visitors were it not for the hawk lazily soaring way up high. I’m getting better at ID’ing them if they come close — or, preferably, stop long enough I can get a clear shot. (Camera, of course.) Whatever — whoever — they’re beautiful up there.

I wasn’t finished however, for a strange something, wings a’flutter, hung awkwardly on the far side of the suet. I grabbed my close-up binoculars and still wasn’t certain with all that yellow. It was a female flicker! The book says it could be here at this time of year though I suspect she wishes she wasn’t.

And then even another bird I hadn’t seen for so long it took a few minutes to summon its name: the redpoll. Pretty and unusual and deserving of its own column one day.

Just before this day of wonders, my media specialist had suggested I check out a website she’d heard mentioned on NPR. I had no interest in the Audubon bird count. Outdoors? Now? Nah. But watching backyard feeders sounded right up my alley. I do it every day anyway so why not share what I learn?

It was easy to find the site and not terribly surprising perhaps to find it inked to Cornell’s Lab of Ornithology.

Project FeederWatch runs from November 10 through April 5th so I have missed a lot of this year’s. Then I learned it will also take a “couple of weeks” to be registered. Then . . . well, I’ll see.

I don’t know precisely what it is beyond costing a very reasonable (I think) fifteen dollars which includes a quarterly newsletter and (or is it the same?) an electronic newsletter which I promise to print or ignore. I can not handle all my email and resent the time spent staring at that screen when 80% of it is junk. I’d much rather be looking out the window!

Bet it’s going to be good! (And the Bills won too.)

Give me permission now to jump back to the present. I remain a devoted fan of FeederWatch, counting birds as well as I can. Unlike my charts, they want a total of each species observed over a 2-day period. I pick the weekends but it isn’t a requirement.

They know very much about me, having full descriptions of the property and, I believe, even Google maps. Weather: precipitation, highs and lows, average amount of snowfall on the ground, etc. Just basic facts. We did disagree last year when I reported wood ducks and was told they did not winter around here. But mine come to breed and do stay. Finally, a photo of the female on a snowy day with the date convinced them.

My reports will have started on November 10. I look forward to the charts and encourage any to check it out. It’s fun — and for a good cause.

How Trump Could Lower Medical Costs

In 2016, candidate Donald Trump promised to repeal Obamacare and replace it with “something terrific.” The ...

First, a confession: I really like presidential debates. Why, you ask? Because these debates give us voters the ...

Was The Debate Fatal For Bloomberg?

Wednesday night in Las Vegas, Mayor Mike Bloomberg learned what it is like to be thrown up against a wall and ...

Win For Sanders May Be Win For President Trump

The pre-Nevada Democratic debate was a gift to Donald Trump. Instead of training their fire on the incumbent, or on ...

The Curious Case Of Roger Stone

Roger Stone is a gifted political consultant known for going the distance for his clients. He has worked for such ...

The Message Is In The Message, Or Spin Doctor, Spin Thyself

The network I watched took us into the Spin Room after the latest debate. There, a few dozen spin doctors bobbed ...