In temperate areas, late January usually brings the coldest weather of the year. When temperatures plunge below zero as they do some winters, wildlife must adapt to survive extreme weather conditions.

Fish, for example, simply slow down and use less energy. Many birds migrate. And some species just go about their business and sleep through the coldest days.

A few animals, however, hibernate. Protected by layers of fat and/or a cozy den below the frost line, hibernators are oblivious to sub-zero temperatures, wind, snow, and ice. They just sleep through winter’s worst.

Hibernation, however, is a broad, imprecise term. Though many mammals sleep through at least portions of winter, only a few truly hibernate.

Simply put, hibernators stop trying to stay warm when days get shorter and temperatures drop. Their body temperature drops to reduce the energy required to stay alive. As they cool, they use less energy, so the animal’s fat reserves last longer.

True hibernators go dormant in late fall and do not stir until spring. Furthermore, body temperature, heart rate, and respiration rate plunge. Here in the east the list of true hibernators is short: ground hogs and two species of jumping mice.

When ground hogs head underground for the winter, they weigh about 30 percent more than they did in early summer. As ground hogs prepare to hibernate, they plug the entrance to the burrow to keep out potential predators and maintain a stable underground environment. Then they curl up in the sleeping chamber, and their body temperature slowly drops about 57 degrees to 44 degrees F. Their breathing slows, and their heart rate drops from about 100 beats per minute to about four beats per minute. In March, ground hogs wake up weighing about 50 percent less than their fall weight. Then they emerge, eat, and find a mate.

When ground hogs appear in the spring, they mate almost immediately, even though they are not in prime physical condition. The strategy is to give birth and get young ground hogs out of the den and independent as quickly as possible so they have enough time to gain the weight required to survive their first hibernation.

Meadow and woodland jumping mice behave similarly. In a chamber about the size of a grapefruit, up to three feet beneath the ground, jumping mice tuck their nose between their hind legs and wrap their long tail around the body. Because they are small (they weigh less than one ounce), surviving winter can be a challenge. Some years more than half die in the hibernaculum.

Black bears and chipmunks also sleep through much of winter, but they don’t qualify as true hibernators. Bears fatten up in the fall and sleep deeply, but their respiration, heart rate, and body temperature do not fall significantly. And during warm spells bears sometimes wake and even wander around near the den.

Furthermore, pregnant sows give birth in late January. The cubs nurse for about two months and leave the den with their mother in late March or early April. If disturbed during a deep winter sleep, sows can rouse themselves in just a few minutes. Every bear biologist I’ve ever talked to tells of at least one close encounter while working with a “hibernating” bear. Chipmunks, the familiar backyard striped ground squirrel, escape winter’s fury underground, but they don’t rely on a layer of fat to survive. During their fall foraging frenzy, they collect and cache as much as a bushel of seeds and nuts in their burrows. They wake periodically during winter and eat the stored food, and on warm winter days they even emerge and forage in daylight.

Squirrels, raccoons, skunks, opossums, and foxes stay active all winter long, but during extremely cold weather, they sometimes curl up in a hollow log, den tree, or burrow for days. Some of these mammals conserve body heat on cold winter nights by sleeping in groups. Flying squirrels frequently huddle in groups of 10 or more. Flip on a porch light near a feeding station stocked with sunflower seeds, and you might get to watch an entertaining family group of flyers in the backyard. 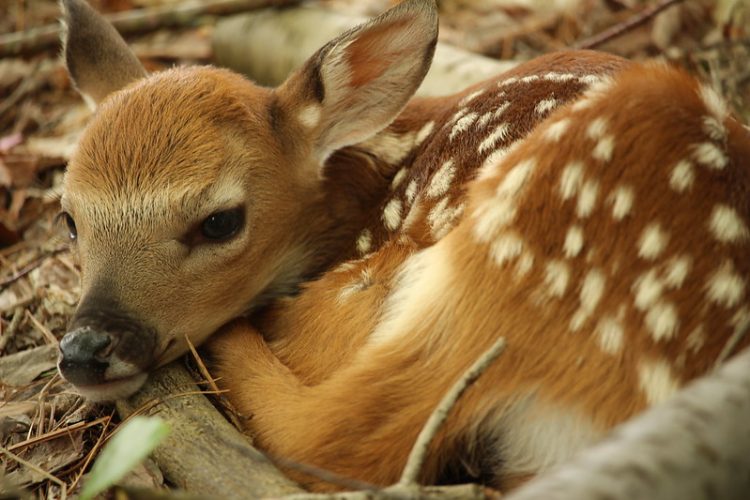 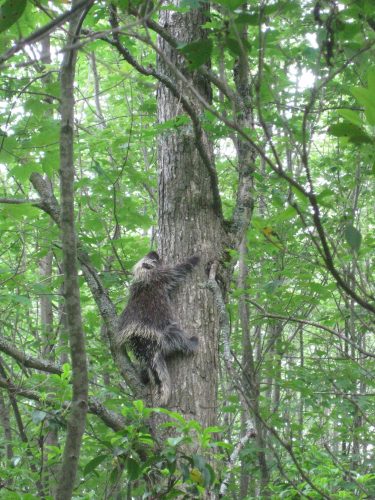 People keep asking if we’re going to skip winter this year. I don’t know. There have been a few snowstorms here ...