Ramble Through The Woods 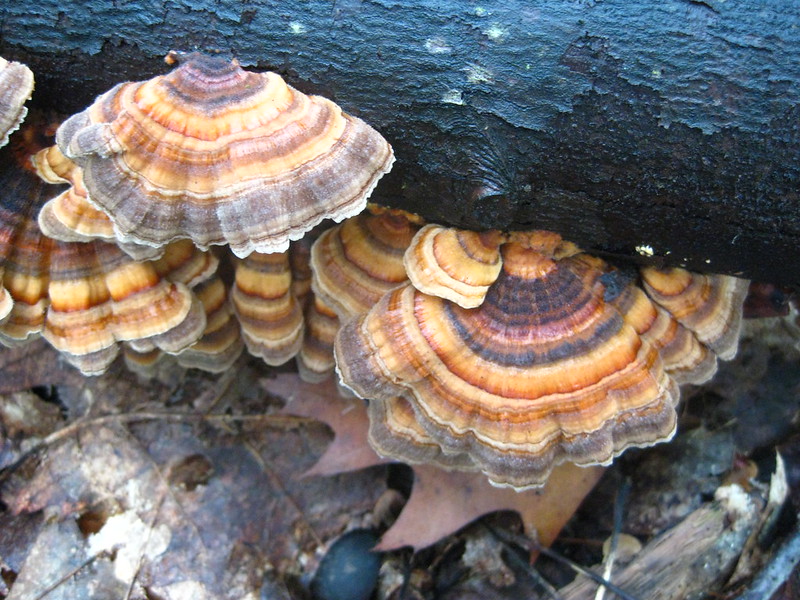 On Monday, the weather was gorgeous though odd for December. I was not unhappy though, as I had visitors from England and the warm day provided an opportunity to spontaneously ramble through the woods. Visiting with my oldest childhood friend provided highlights at the end of a year that was much in need of them.

The children, ages nine and five, helped with chores, delighted in petting the chickens and holding the snakes. Soon one discovered the milkweed pods and we released tons of tiny parachutes. They seemed to capture the sunlight as they rode toward the sky. In the ways of young children, the birdseed cup soon became a treasure holder. We headed up the hill, their heads turned for the unspoken permission to continue, I nodded, and up the slope they scrambled.

Into the field, leaves with holes in them, under the White Pine (shelter when it rains), across the creek, down the steep slope, follow the deer trail, down to the creek. What happens next? Yes, the five-year-old now soaking wet. Heading back up the slope, a dead deer, an empty turtle shell, then back to the house. The ramble was good for our souls.

As I watched them, the theme of this year came back strongly – community. Those places where many different things live, interact, and depend upon one another. There are small communities like vernal pools, islands, and neighborhoods. Medium-sized communities exist in towns, meadows, and woodlands throughout the world. You can find large communities in cities, tundra, and the tropics. Everything is part of the largest community, that of Earth.

In these communities, the living and non-living components achieve a balance, rely upon each other, and succeed or fail as a whole. Some species are dubbed more important than others based on the role they play in the community. We think of others as expendable. Yet the whole thing is like a Jenga stack… stable even as pieces are removed, and the community is changed. At one point though, the tipping point, the entire thing collapses. Does anyone know exactly which one will cause ruin?

This year I have had some uphills, and have relied heavily upon both my human community and the natural one in which I live. Through the deaths of my cousin and father the outpouring of support from family and friends, acquaintances joined through raw grief, and the reflection of life and death I have strengthened my human community. I am so grateful for that. And not being much of a people person in general, I have turned to the natural community more often, and differently.

My normal hikes involved much exploring, finding, investigating, and asking of questions. Such is the characteristic of the natural world that it sparks curiosity and thirst for knowledge. However, many of the rambles I’ve taken lately have been more contemplative, quieter, gentler. More looking, and smelling, and listening, and touching. Stopping to simply feel the moss, its texture, its temperature, its dampness, and its energy. A hand on an oak trunk, the brush of hemlock needles against my cheek.

There is always a point in these rambles when I remember that we are all part of the same community, sharing the same life, the same death, the same air, water, and sunlight. It is comforting to be in the woods, in the presence of so much life that understands death and has for eternity. Death is not loss in the forest. In those woods, at the edge of that creek I am still so connected to my aunt, my cousin, my father. I can feel those lost long ago – grandmothers and grandfathers, friends, neighbors.

With two British children, those restorative woods practically reverberated with the energy of life. It was new, but familiar. They were curious, never afraid. They were trusting, and curious, and despite the fact that they live an ocean away, they were at home in my woods, in my community. They connected me to my oldest friend through the generations. They connected me to my childhood, my grandparents’ woods.

This is my community, both living and non-living, spread across the world, and found in my backyard. My community has saved me this year in many ways, more than once. But then again, that’s what a healthy community does.