Understanding Algae And The Creatures That Need It 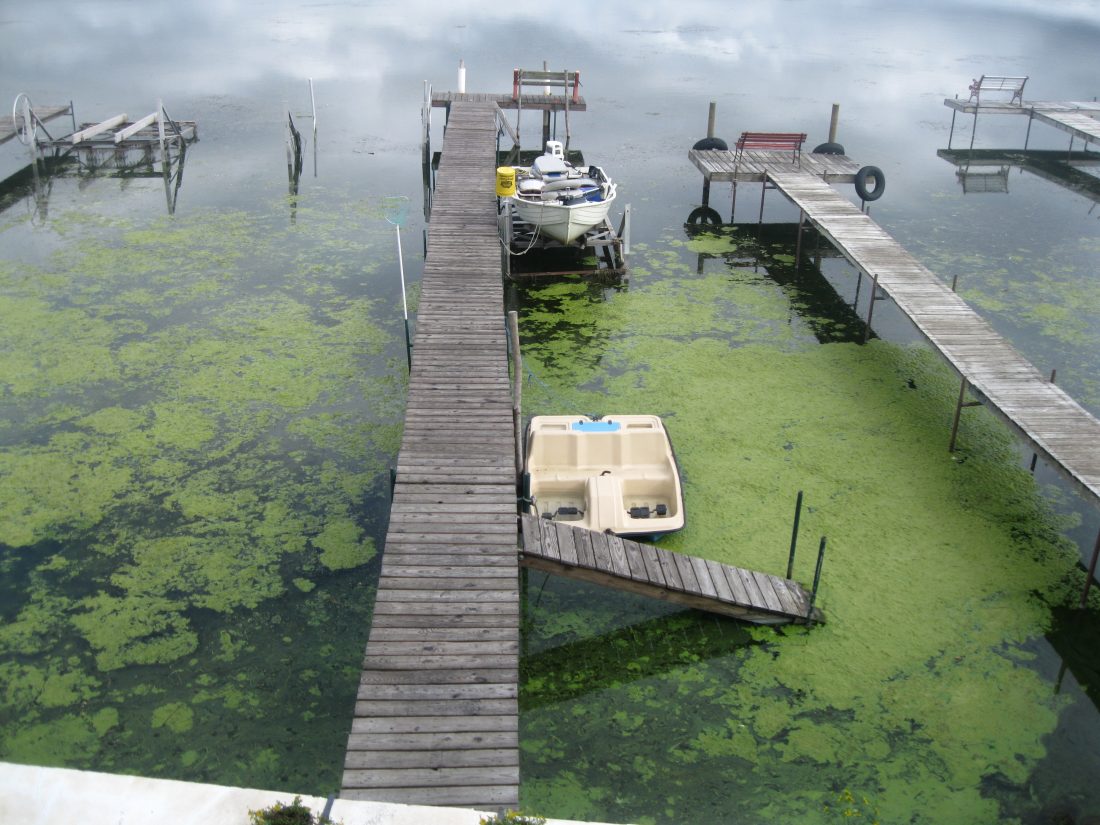 Algae are not plants but, rather, simple photosynthetic protists which are typically aquatic. “Blue-green algae” are not true algae at all but photosynthetic bacteria called cyanobacteria. They form a large diverse group that ranges from seaweeds like kelp to pond scum to freshwater lake algae blooms. Ultimately, the thing you come to realize as you read more about algae is this — simple they are not.

For most of us in the Chautauqua Lake Watershed, when we hear the word “algae,” we immediately think of the green scum that covers our waterways, usually in late summer. I, for one, have always looked at algae as being the “bad guy.” Little did I know and little did I realize just how important algae are to our world and how dangerous some forms can be.

According to britannica.com/science/algae, algae lack true roots, stems and leaves and a vascular system to circulate nutrients and water. They are influenced by light and nutrients. When nutrients are excessive, algae and cyanobacteria blooms are produced which can deplete oxygen levels and, depending on species and density, may poison aquatic animals. But when conditions are right, the algae make organic food molecules from carbon dioxide and water using sunlight to perform photosynthesis and like land plants, the critical base of the food chain in the oceans and freshwater systems.

Almost all marine life like whales, shrimp, lobsters, fish, turtles, and clams depend on the algae to survive. Plus, algae produce oxygen as a by-product. Between 30% and 50% of the global oxygen we and all land animals need for survival comes from it.

In Japan, shallow bays and seas are algae farmed. Consumption of red algae, nori, has been an important part of the diets of East Asian and Pacific Islanders for centuries. A green algae called Monostroma, which looks like lettuce leaves, commonly called “sea lettuce,” is widely used in salads, soups and many fish and meat dishes.

New to me is the realization that crude oil and natural gas are what’s left of some ancient algae, modified by bacteria. In modern times, blooms of Botryococcus, another type of green algae, release an oil on the surface of Lake Baikal. Lake Baikal is one of the oldest freshwater lakes on earth. It is located in the southeastern part of Siberia in Russia. Special skimming tools are used to collect the oil, and the oil is used as a source of fuel.

For a while, in the early 2000s, many companies tried making the third generation of biofuels from algae. Widespread production and competitive prices were not achieved, and many went bankrupt or switched to other uses for algae. Even so, it appears that Exxon Mobil continues to conduct and fund research on advanced biofuels and uses for algae, hoping for breakthroughs by 2025, according to corporate.exxonmobil.com/research-and-nnovation/advanced-biofuels.

Unfortunately, there is also a dark side to certain marine algae and cyanobacteria, and this side is much more familiar to many of us. Blue-green and other algae blooms in lakes and oceans may produce toxins that can harm and even kill animals and humans. The main cause of these blooms, according to livescience.com/54979, is nutrient pollution. This happens when there is an excess of nitrogen and phosphorus in the waters spurred by human activities. The article lists fertilizers, animal manures and improperly treated wastewater as prime sources.

On Chautauqua Lake, where algae blooms occur too often, steps are being taken to help determine the potential sources of nitrogen and phosphorus which fuel the blooms. In September of 2019, two sensors were placed in the lake to monitor the levels of phosphorus and to try to determine where it is coming from. Hopefully, they will yield some information that can be used by our local agencies for the betterment of the lake.

In the meantime, if you are interested in educating yourself on some of the research already done on this subject, google “TMDL Chautauqua Lake 2012” and then click on the link dec.ny.gov. You will find the report prepared for the NYS DEC and the US Environmental Protection Agency by the CADMUS Group, Inc. (TMDL stands for the Total Maximum Daily Load for phosphorus.) It is interesting and an eye-opener, especially the pie charts.

I hope the shorter days of fall are to your liking, and the winds of winter are at your back. Talking about algae as a food source hasn’t really made me hungry, but I better go start supper just the same. Hope to see you on the trails.