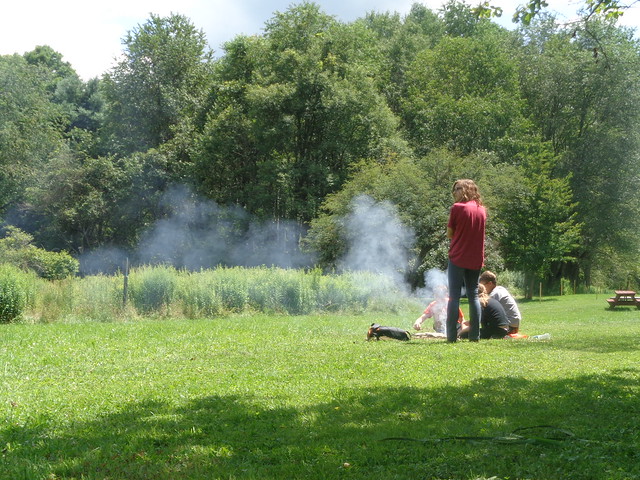 When I found out I was instructing Survival Camp 2019, I didn’t realize how much we’d be trying to “survive.”

I imagined it being like any other day camp.

Now, imagine heat waves beyond measure during the hottest part of the day. The heat melted the sunscreen and bug spray off our faces, causing us to be brutally bombarded by mosquitos and blistered by the sun. Now imagine torrential downpours that soaked our clothes even while hiding in a humid hemlock forest. With the rain came the wind from intruding storms blowing over dead towering pine trees while we barely escaped out of its fallen path. Finally imagine fun hikes that turned into pure exhaustion and sweat-saturated clothing.

I pictured the kids quickly starting fires, building survival shelters, and enjoying the great outdoors every second of camp. Let me say that wasn’t the picture. It’s not the content that surprised me or the children at my camp that influenced my thoughts. It was the weather. During the week of July 18th through the 21st the east was blasted by a heat wave where it reached 100 degrees in some parts of the US and was responsible for six fatalities. Now, this raises the question. Is this rapid change in temperature linked to climate change? Scientists are now saying, “yes and get used to it.”

As I sat there with my kids at camp the idea of fire starting when the flames are as hot as the air was daunting. The forced, multiple, shady breaks that interrupted our activities cause me me to ponder the reason these drastic weather patterns are rapidly changing. 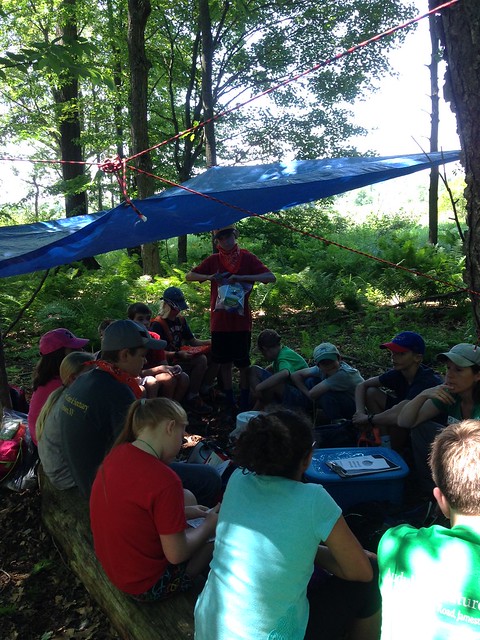 With the planet Earth warming up in a quick amount of time, these massive heat waves are becoming more apparent in our summer and fall seasons. As the planet gets warmer from the carbon dioxide emissions and other greenhouse gases, more prolonged and intense heat will be the outcome. One manifestation are heatwaves, which lead to droughts and wildfires. Also, the warmer the air, the more moisture it holds, which results in more heavy storms. Senior scientist at the Woods Hole Research Center, Jennifer Francis, includes her input on the heat waves and climate change connection. She noted, that “Another aspect that we see connected to climate change but that you don’t hear about as much is the fact that there is also a lot more water vapor in the atmosphere now.

As we warm the oceans and warm the air, there is more evaporation, and that water vapor makes us feel hotter.” The heat index is the combination of temperature and moisture in the atmosphere, and a high amount of water vapor is what creates the unbearable index, and when that rises, being outside is more dangerous.

Heatwaves are one of the leading causes of death for natural disasters. Most people don’t take precautions when it comes to rising temperatures. Just as my campers would tell you, it’s something not to take lightly. Here are some tips and tricks to stay cool in these summer heat waves. Drink plenty of water and have extra with you.

Keep your windows and blinds shut while staying indoors, take cold baths or showers to keep your body temperature down. When outdoors wear loose and protective clothing and check up on others to make sure they’re doing the same. The most at-risk populations during heatwaves are younger children, the elderly, and people with pulmonary and cardiac issues.

To reflect on my camping activities and participants, I will include the fun we had at ACNC Day Camp. Survival Camp was full of a lot of survival tactics education such as shelter building in hemlock forests, fire starting in open hot fields, water purification with “Mr. Survival Man” Ray Carlson, signaling across Big Pond using whistles, shouting, mirrors and waving bandanas, and navigation with a GPS and compasses. With three girls and eight boys, there was some competitiveness in the air, which resulted in the girls’ victorious in shelter building and fire starting and a funny outcome with purified pond water. We left with a refreshing time wading in Big Pond while discovering a little island with duckweed stuck to our legs, songs sung on treks to and from headquarters camp, and a bond that will never be broken.