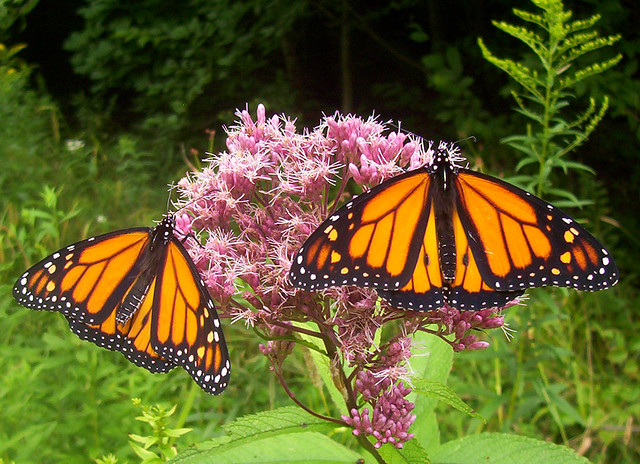 As a kid, there was nothing more exhilarating than walking down the dirt road adjacent to my aunt and uncle’s house, hunting for monarch caterpillars under the warm August sun.

I would walk hand in hand with my mother as she pulled my brother along behind in a red wagon, my cousins would run and laugh as they chased my sister ahead of us. I was mesmerized by the way in which the monarch caterpillar grew to be 2,700 times the size of its egg. I always felt a sense of monumental success as I liberated the newly emerged monarch butterfly back into the wild to be free to do whatever five-year-old me believed that butterflies like to do in their spare time.

As I began my career as an intern at the Audubon, you can imagine the complete sense of euphoria that I felt upon learning that part of the job included hunting and raising monarch caterpillars throughout the summer. I imagined myself running through fields of milkweed gathering monarch eggs and spotting squishy, little monarch caterpillars. Much to my surprise, this was not what occurred. What actually transpired was quite the opposite from my expectations. As my co-workers and I combed through milkweed plant after milkweed plant, we found an astonishingly low number of eggs and caterpillars. I had previously known that monarch populations were on the decline, but this was the first time that I had been witness to this ongoing atrocity.

Across America, monarch butterfly populations are rapidly declining, placing the species dangerously close to being labeled as “threatened.” Chautauqua County does not escape this census. According to the Center for Biological Diversity, biologicaldiversity.org, monarch populations have diminished by 90 percent in the last 20 years. Due to global climate change and a staggering loss of habitat, monarchs are dying due to severe weather events, rapid changes in temperature, and most importantly, a decline in the number of milkweed plants. Milkweed is the only plant that monarch caterpillars feed on, and as milkweed habitats disappear, monarchs lose available options on which they can lay their eggs and food for new caterpillars. The amount of habitat is declining due to landscape and urban development, the use of herbicides, and the expansion of agricultural mono-crops that are used to feed cattle on large scale animal production farms.

So how can we curve declining population tends? To put an extremely complex problem in exceedingly simple terms, we can protect wetlands. Along with ensuring the continuation of various other environmental services that wetlands provide, the conservation and expansion of wetlands as well as other wild spaces will encourage monarch populations to thrive. Wetlands (such as your friendly-local neighborhood Audubon Community Nature Center) yield large quantities of habitat, support biodiversity, and help to curve global increases in temperature by collecting and storing large amounts of carbon. 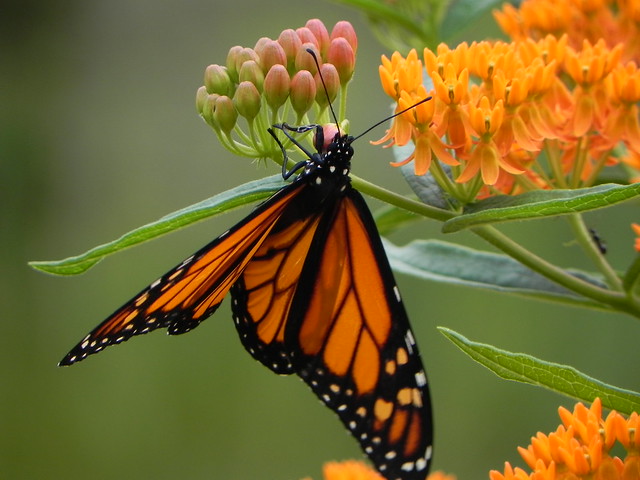 Initially, to the average individual, “protecting and conserving wetlands” seems like an unattainable task when faced with the idea that substantial environmental changes require the complete upset of modern industrial systems and the total reconstruction of global economic systems. However, most often, global multi-dimensional problems that require participation from many different disciplines are not as black and white as they seem. Individual acts have enormous cumulative effects by which a chain effect is created. An individual has the ability to change their behavior, which can cause change within their community, which then can influence other communities, creating a chain effect leading to larger areas of influence up to the global scale. Individual acts such as planting butterfly gardens with milkweed will support local monarch populations, buying local and organic produce will support native biodiversity, and supporting the protection of local wetlands will have substantial cumulative effects in your community.

If the community as a whole participates, together we can create larger spheres of influence reaching a wider population. In congruence with the phenomenon known as the butterfly effect, you as an individual, as a member of your community, can be the reason for global change. You can be the monarch butterfly who flaps his or her wings, kindling a hurricane half-way across the globe. 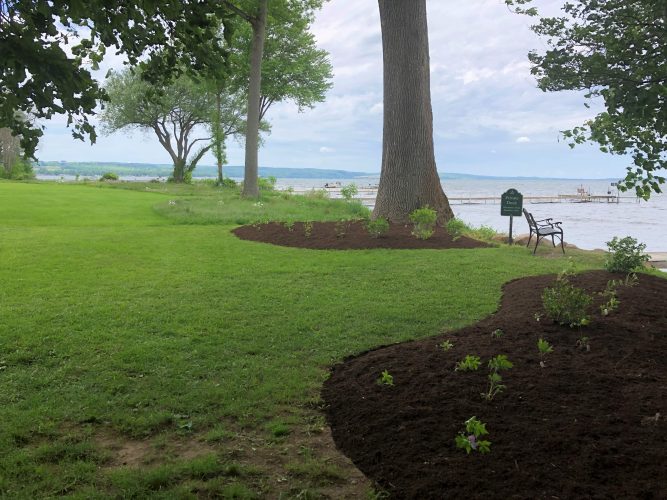 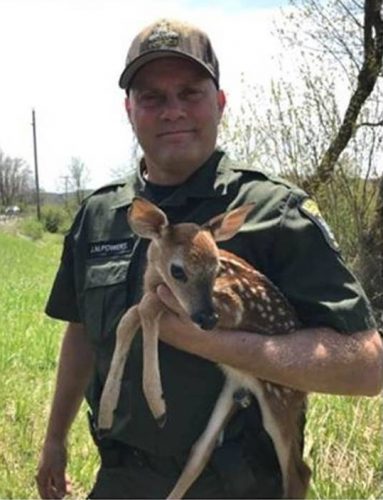