Caring For The Healers

Chef Finds Worth In Her Job At Hospital

Open Turkey Danish is another offering on the cafeteria menu. Submitted photo 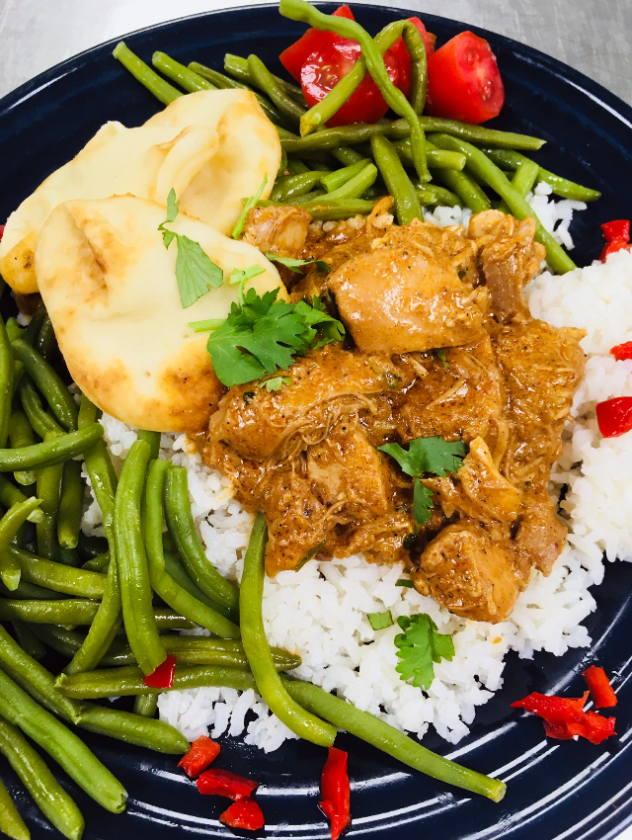 Leslie Greene exudes love, compassion and caring for her fellow beings. Serving is not only her passion, it is her gift.

“I know I am here to serve,” are the words of the chef at UPMC Chautauqua.

Even though the food she prepares does not go to the hospital’s patients, she feels strongly that her department plays a part in their healing.

“Food is powerful medicine. Food is healing. Food can also kill, if we don’t wash our hands, wear gloves, check temperatures. This is as important as if someone is given the wrong medicine.”

“My vision for that place is a sanctuary. If someone gives you a cup of coffee or a smile, it can change your life,” she relays. “If they sit down at a dirty table or witness bad attitudes, they wonder what kind of service their loved one got upstairs.” 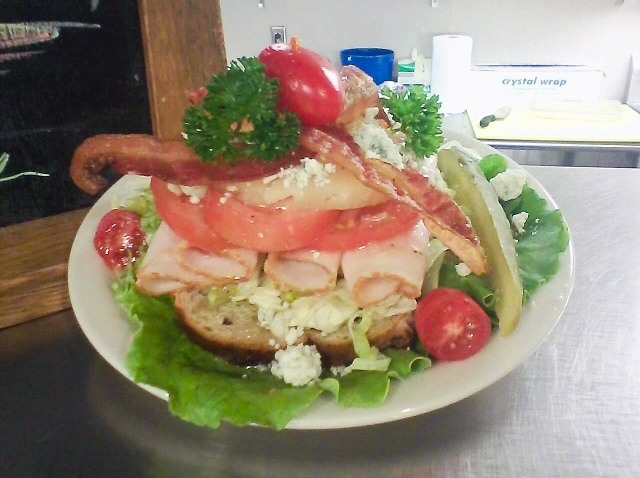 Open Turkey Danish is another offering on the cafeteria menu. Submitted photo

She tells about the time a slightly disheveled older gentleman came into the cafeteria looking for a cup of coffee. He was just as confused about how to get the self-serve beverage as he was when he had stopped by the day before. She gave him a bit of guidance and a smile and listened as he confessed that his beloved wife of over 60 years was in a bed upstairs and he didn’t know how to make his own coffee. A few days later he came back to the cafeteria with his wife on his arm to make an introduction to the kind person who took the time to listen and help him. That’s when Greene began referring to him as her “Angel Guy.”

“He claimed I helped him, yet the gift he gave me was beyond anything I could have ever expected,” says the humble woman. “He showed me my purpose.”

The chef later saw a newspaper article telling how the couple’s deaths had occurred just a few months apart and learned they had both been prominent citizens in the community at local and county level. She has held on to the clipping ever since to be able to see the man’s face and be reminded that both hers and her department’s purpose is more than preparing healthy meals. She believes the patients benefit when their loved ones are being cared for, even in small ways.

“We think as food service workers we are at the bottom, but we forgot why we’re there. It is to heal. To serve. If we give the nurses, the doctors and other staff a good meal or good service, it benefits the patient,” says the Jamestown woman. “Our food, our service, our love and attitude can heal someone.”

“We’ve got to keep the love here. This job is more than a paycheck. We’re here to help the patient through the good and the bad.” 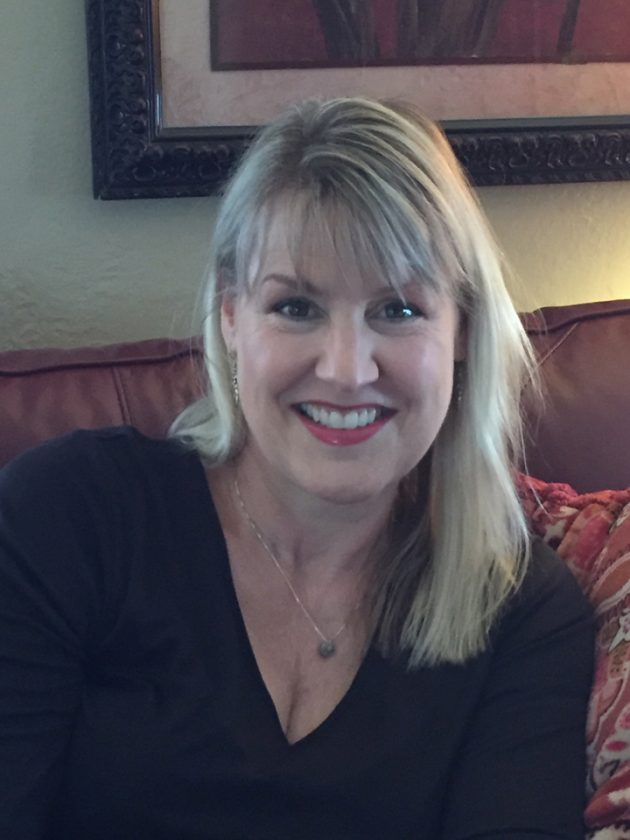 Long before she was preparing food for the medical facility’s doctors, staff and visitors, she was serving families and babies as a doula. After remaining at the birthing mother’s bedside throughout the many hours of labor and delivery, keeping the patient calm, which helps make labor less painful, the doula continues after the medical staff and the father leave. They help with breastfeeding issues and whatever is needed. Doulas decease the need for medical intervention and the number of Caesarean births by 50 percent.

She no longer works as a doula, but doesn’t dismiss the idea of one day returning.

“I did a timeline recipe-wise, a beloved dish from each of the five restaurants I have had the privilege of working and learning from, including some secret recipes. The journey that got me to where I am today are these papers,” she says as she holds the stack of 8 1/2-inch by 11-inch papers. “My hope is to honor the people and their restaurants.”

She started her career in food service 40 years ago as a bus person and then later as a waitress at Romanello’s South, a family-owned restaurant in Hamburg, New York where she worked for eight years. She now makes the Caesar Salad Dressing recipe for doctors that she made tableside for the restaurant’s diners.

“It is one of the best Caesar salad dressing recipes I have come across.”

She acquired the recipe for the Open Turkey Danish during the 15 years she waitressed and bartended for the Ciancio Family at the original Ironstone Restaurant and later for the second owners, Bill and Belen Moore. Included is the secret Sweet and Sour Dressing recipe she has only given to her mother until now. She has included the Red, White and Blue Potato Salad recipe which came from the owner’s daughter, Barbara DiDomenico.

It was during her third job in food service at Mariner’s Pier in Celoron, that she started cooking under the tutelage of owner Chris Merchant.

“Chris was culinary trained and was one of my most influential teachers.”

Recipes for Chicken Athena and Pesto Sauce came from the business that served Greek, vegetarian and Italian upscale cuisine. Between the Celeron location and Mariner’s Express on Third Street, she worked for Merchant for more than eight years.

The Turkey, Cranberry and Cream Cheese Sandwich recipe represents the five years she cooked and served at Tammy and Fred Yezzi’s Roberto’s Restaurant.

The Pumpkin Dessert and Indian Butter Chicken are two recipes that are popular at the hospital, a setting in which she never dreamed she would be cooking. She applied for the job in 2012 after her boyfriend, Tom Donato, interviewed for a sous chef position but decided it wasn’t right for him. Instead he believed it would be a good fit for her and encouraged her to apply. She interviewed but decided she did not want the job until something happened.

“It was a God moment. I knew this is where I needed to be,” she says. “Restaurant owners had applied and I was just this little cook.”

She was told by Doug Landy, the person that hired her, that she would one day take his place as hospital chef.

“Tom has a wealth of knowledge. Without his support, his recipes, his wisdom I wouldn’t have taken the job or have succeeded.”

She often bounces things off Donato and refers to him as her “rock.” She is grateful for the support he gave her while she was raising her sons, Jordan and Morgan.

“I hope to continue to work at my job for as long as I can. Brian Durniok, the hospital’s CEO, is an integral part of the positive changes in our department. Good things are coming to our local hospital and I’m confident he is a man of his word.”

Layer in order given:

Sprinkle with crumbled bleu cheese. Top with bottled or the following sweet and sour dressing.

Combine all ingredients until well blended.

Combine pumpkin, milk, eggs, sugar and spice in mixing bowl. Pour into a greased 9-inch by 13-inch pan. Sprinkle with dry cake mix. Drizzle with melted butter. Sprinkle walnuts over all. Bake at 350 degrees for 1 hour or until a knife inserted near center comes out clean.

Spray slow cooker with cooking spray. Heat butter, and oil in a large skillet over medium-high heat. Add half of the chicken. Cook until brown on both sides. Put in slow cooker. Repeat process with remaining chicken. Reduce heat and add onions, cooking until soft. Add garlic and ginger. Cook and stir for 2 minutes. Add garam masala. Cook a few seconds, then add tomato paste and salt and cook while stirring, an additional 2 minutes. Add broth. Scrap bottom of skillet. Transfer to slow cooker. Put on lid and cook on low setting 5-6 hours. Stir in cream for last 30 minutes. Serve over rice.