As a radio operator during WWII, Carl Raineir was the one to give his commanding officer the word that all reservists were to be discharged, including himself. Submitted photo 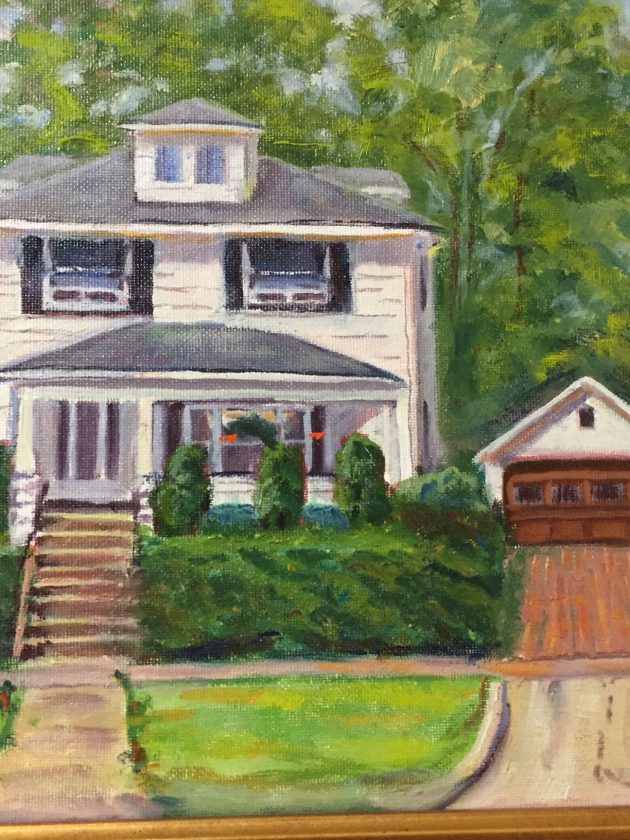 If there was a report card that covered Carl Raineir’s lifespan, he would have straight A’s in every area. Born to parents who immigrated from Italy, he came by his grateful attitude naturally.

“They never felt entitled. They were honored to be in America to work hard for a better life and to learn the language and the lifestyle,” says Mary Frances Maisto, the 93-year-old’s daughter.

Carl grew up at 76 Water St., Jamestown. His mother died giving birth when he and his twin sister, Grace, were just four. His oldest sister, Sarah, became the woman of the house while working full-time. She made bread and canned food to help feed her father, herself and eight siblings.

“She never made him feel like he was without a mother,” says his daughter.

“We all loved each other. We got along very well,” Raineir puts in. 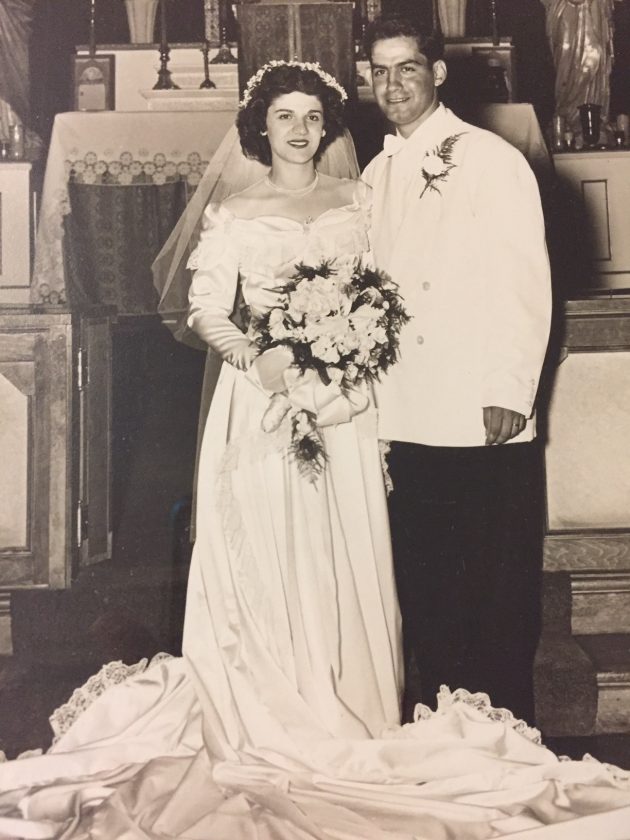 The nonagenarian remembers playing touch football in the streets and riding down King Street hill on a sled with one of those downhill trips being forever embedded in his mind. On that particular trip his brother was lying on the sled and Carl was kneeling. A friend who had been watching for cars at the intersection at the bottom of the hill, left his post to attend church. The brothers’ fun was cut short when, on their last trip, they met up with a car and young Carl ended up with a broken arm.

Later he took a job at Hall’s Worsted Mills on Harrison Street. He recalls a time, when he was doing maintenance on some of the machinery, a young woman named Mary Ann Lovecchio kept insisting he had missed a spot when oiling her machine, telling him it was not working properly. Even though he was certain he had done a thorough job, he rechecked to find he was right and realized she was “trying to get to know him.”

In 1944, After graduating from Jamestown High School, he was called to active duty during World War II as a reservist in the United States Navy. He was a radio operator on the USS Ajax and was on a four-hour watch from midnight to 4 a.m. when he received word that the president gave the order that all Naval reservists were to be discharged. He passed on the news to his commanding officer in the morning. In an effort to entice him to enlist, he was promoted to Petty Officer 3rd Class from Seaman, but he resisted.

“I enjoyed it,” says the elderly man. “I liked what I was doing. I never got depressed.”

The veteran worked briefly at Mason Carving Works, after returning home from military service. He then went to Rochester Institute of Technology for three years under the GI Bill, where he earned an Associates Degree in mechanical engineering and participated in the work study program. After he completed his first year of college, he married Mary Ann on July 16, 1949. 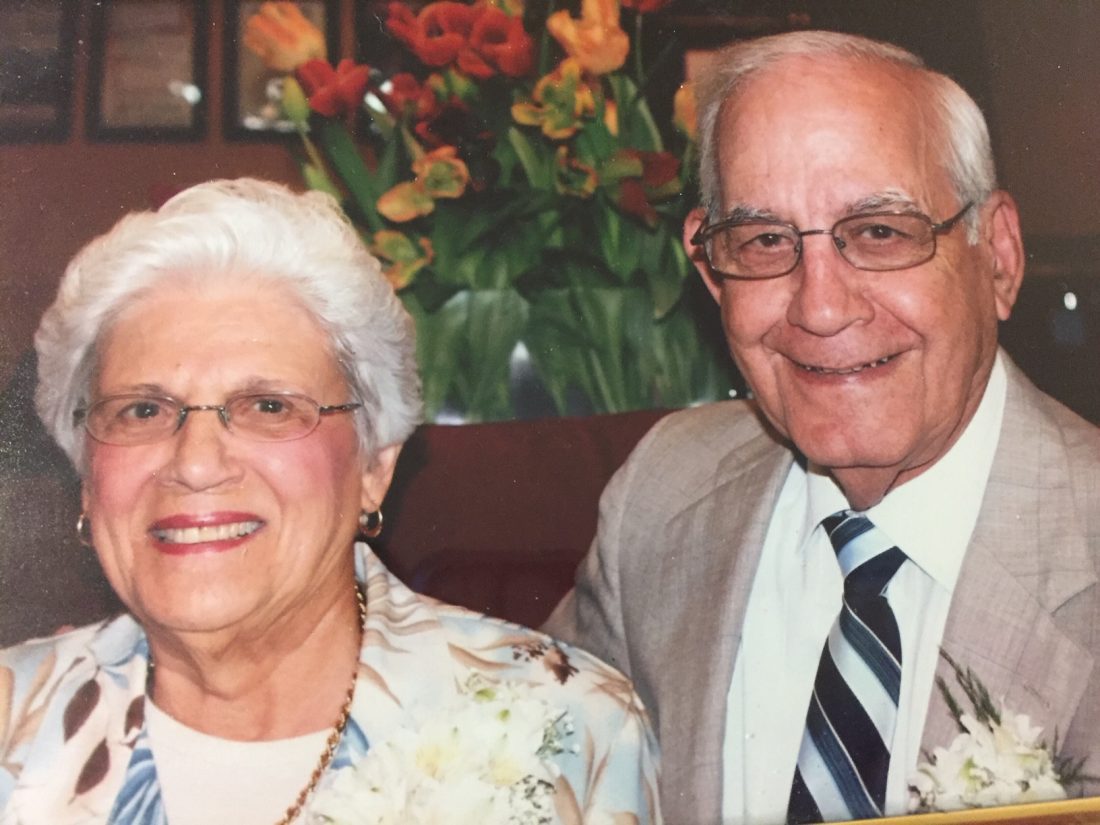 “She was a wonderful wife, a good mother and a good cook,” he says.

The new wife spent two years with her husband in Rochester before they returned to Jamestown to be near family and friends. Raineir took a job at Art Metal for a year before he was hired as a tool designer for Proto Tool, where he remained for the next 19 years. From there he worked on a few short-term projects at various locations until, when in his late 40s, he got a job as a laborer building the sports complex at Jamestown Community College.

Five years later, the persevering man was hired at Cummins Engine where he was a tool designer and skills trainer. He found himself learning to use the computer for Computer-Aided Design (CAD) after having spent 30 years drafting with pencil and paper. At this same time, he learned sign language in order to communicate with a deaf co-worker. He did not slow down after he retired at 65 years of age.

He served as President of American Association of Retired Persons Chapter 334, was a tutor with Literacy Volunteers and volunteered two days each week for 15 years at WCA Hospital, where he transported patients to physical therapy. 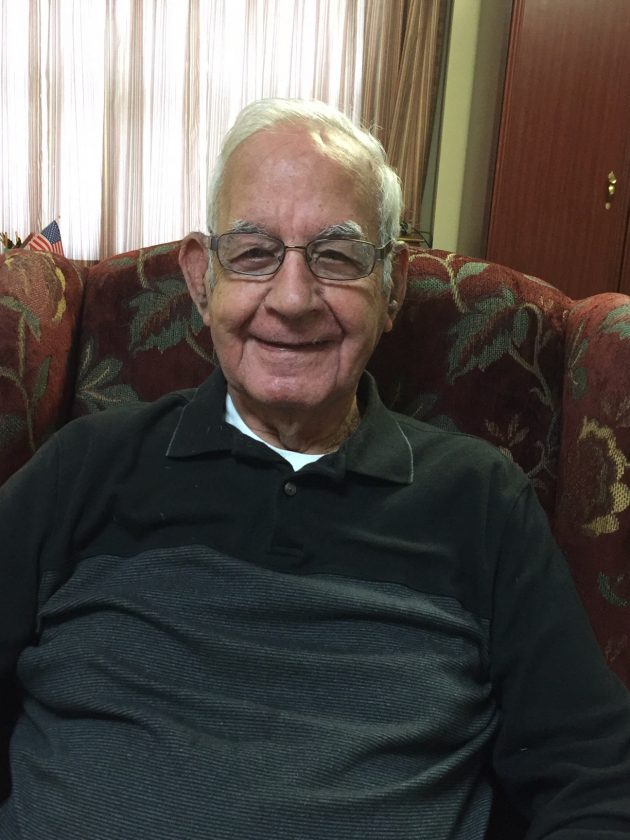 “I met a lot of nice people there,” he says.

He was a member of the McDonald Senior Golf Tour and had gotten a hole in one. He enjoyed bowling on several leagues throughout the years. He is a lifetime member of St. John’s Roman Catholic Church and the Holy Name Society.

He also belongs to the American Legion, War Vets Recreation Club and is a past president of American Society of Tool and Manufacturing Engineers. He has been a life-long member of the Short Snorters Club where he honed his horseshoe playing skills and was also part of the 49ers Club, a group of friends who were all married in 1949. He donated blood regularly to the American Red Cross and met milestone markers along the way.

The couple took many trips over the years to Hawaii, Branson, Las Vegas, Cape Cod and Canada. They took an Alaskan cruise and traveled cross -country with the 49ers Club. They enjoyed dancing at the Red Coach Inn for many years.

“They were good dancers and good skaters. They were busy, sociable people,” their daughter remembers. “They’d eat dinner with us kids and then they’d go out.” 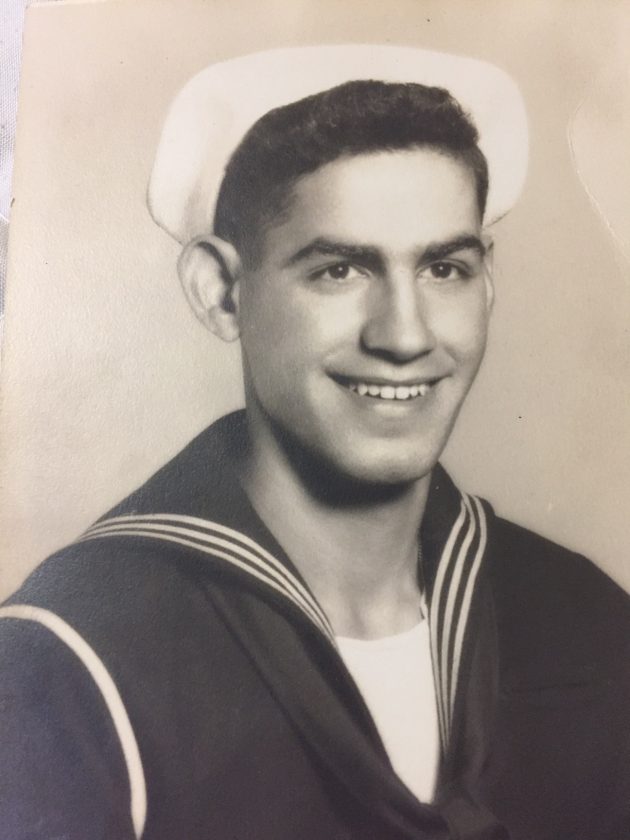 As a radio operator during WWII, Carl Raineir was the one to give his commanding officer the word that all reservists were to be discharged, including himself. Submitted photo

She speaks about how her father instilled in his children the importance of family and tells about how they always got together at her parents’ home at 409 Stowe Street on Sundays and for every holiday. The tradition was continued after 2012 when her parents moved from the house they had shared for 53 years to Lindgren Apartments on the Lutheran Home campus.

The Raineir Family lost Mary Ann, their dear wife, mother and grandmother, Jan. 25, 2018. The couple had been married 68 years.

“We all had a good life. We have a lot of good memories of being with family at picnics, dinners and birthdays. Church was a big part of our family,” she says. “He (her father) has always had high standards of how to conduct himself and that’s how he raised us girls.”

“I was just a fun guy,” her father put in with a chuckle.