Ruth Hammond (left) and her friend Betty in 1942 standing in front of Harvey and Carey Drug Store at the corner of South Main and Harrison Streets. Submitted photo 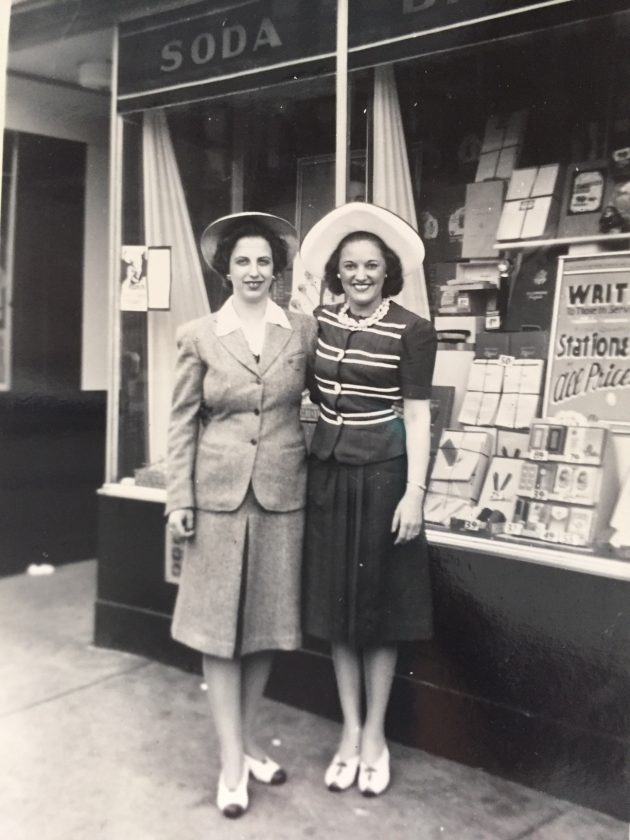 Ruth Hammond (left) and her friend Betty in 1942 standing in front of Harvey and Carey Drug Store at the corner of South Main and Harrison Streets. Submitted photo

I have heard many stories over the past few months while interviewing nonagenarians. Most have told about attending a one-room schoolhouse, World War II, gardening and canning. Although Ruth I. Hammond mentioned all of those, her story, like the others, is unique with several amusing situations.

Born in Dewittville, New York on June 12, 1921, the daughter of a farmworker, Ruth moved several times during her childhood. Her parents relocated to Sugar Grove, Pa., but returned to New York state before their daughter started school at Quail Trap, between Ellery Center and West Ellery, N.Y. She was a late starter, beginning school at 8 because she was the oldest child and her parents didn’t want her going alone.

By the time she was ready to start fourth grade, the family was living back in Dewittville, where she attended school for two years, before moving to Centralia.

“We had to walk five miles one way,” says the 98-year-old. “That’s where Paul started school. Paul wouldn’t walk. He’d sit in the road. Esther carried our books and our lunch pails and Helen and I put our arms together and carried Paul.”

“I never had new shoes. I had used shoes. That’s why I got bunions. That and carrying Paul,” she goes on. “When I told mom my feet hurt, she said to go barefoot. So, I did.” 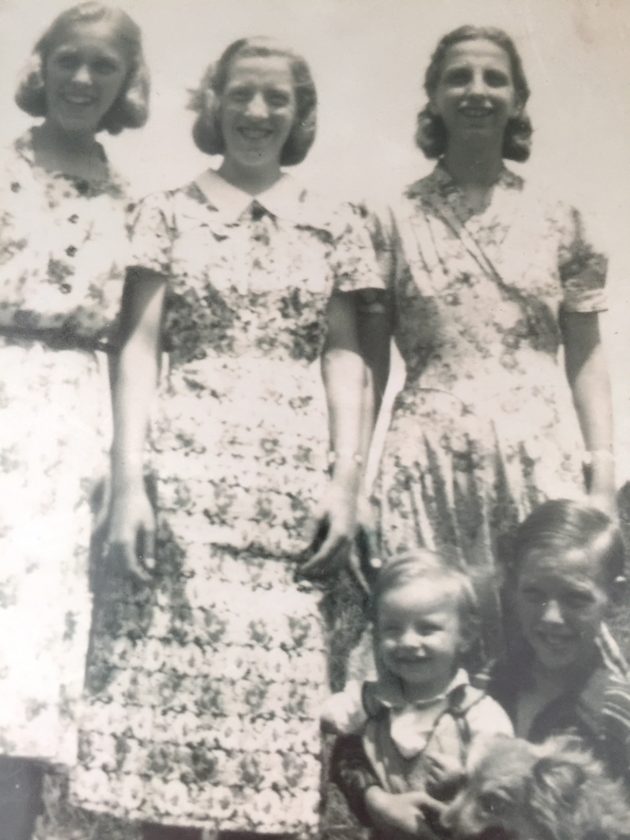 “Sometimes Mom would take a quarter to buy a couple of gallons of gas. We’d push the car out to the road and put Esther and Paul inside. Mom, Helen and I would push the car and then get in the car. We’d coast down a big hill so it would get going pretty fast and we could coast into the gas station.”

They didn’t drive the car in the winter because the roads weren’t plowed in the country.

When the family moved to Maple Grove, the children had a short five-minute walk to a small school. They then moved back to Quail Trap where Clair was born. Later the family moved to Maple Springs where Ruth “walked up to the main road” where she caught a bus to Bemus Point High School. She had bus transportation available after moving to West Ellery. She graduated from Bemus Point High School in 1941 when she was 20-years old.

Just as she had lived in many homes as a child, she worked at numerous jobs as an adult, starting with a job waiting tables at a hotel in Mayville.

“One morning when I went to serve breakfast, everybody was crying. Pearl Harbor had been attacked. The husband of the girl who was the cook came home and was called back in just a few hours. He and another soldier walked from Mayville to Westfield to go back.” 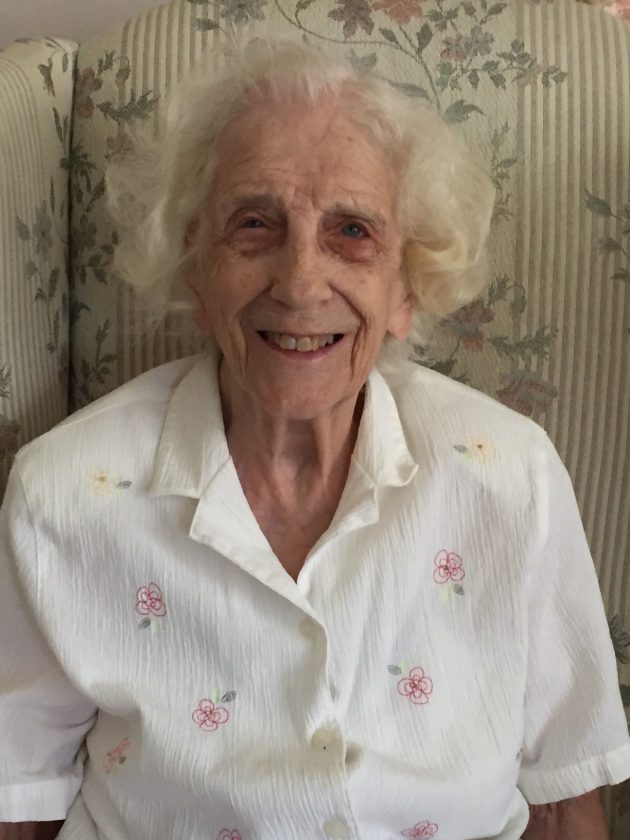 Ruth took a trolley to visit her parents in Bemus Point while she was living in Mayville.

Her parents eventually moved to Stillwater after they both got jobs at Steel Partitions in Falconer. By this time Ruth was living in Jamestown with her friend, Betty.

She was working at both locations of Harvey and Carey Drug Store in Jamestown. She later worked at the drug stores locations in other areas, such as Olean and Buffalo.

From there she moved on to a bakery and then a dry cleaners where she pressed the satin trim on blankets.

“The drivers liked me because I got the right name on the packages.”

She staunchly admits she left a few jobs because she either didn’t like the way things were done or she felt advantage was taken of her.

After she quit a job at United Utilities in Buffalo in the morning, she went to lunch and already had a job to start in the afternoon.

She lived in Washington, D.C. where she did bookkeeping for five offices of a loan company. After returning to Jamestown, she worked in the boy’s department of the former Nelson’s Department Store during the Christmas season and ended up doing the store’s bookkeeping for the next two years. She left there to accept a job at the former Flickinger Company, where she remained for thirteen years.

Her journey took her to Quality Markets warehouse for the next six months where she worked in accounts payable. She then worked in the tax office at Jamestown City Hall.

“I didn’t stay long because I didn’t make enough.”

The journey continued with a two-year stint as bookkeeper in the laboratory at Jamestown General Hospital which ended when it closed. She briefly worked at a boat company on Chautauqua Lake before taking a job at Barmore-Sellstrom Inc. where she stayed 13 years until they no longer needed her services. Meals on Wheels was the final stop on her career journey from where she retired at 68.

All of the Hammond children were born at home, with the exception of Lois, who passed away when she was just three-months old. Ruth was 17 when her youngest sibling, Clair, was born. One evening when her mother was very close to her due date, the daughter asked if she could go with her boyfriend to his parents’ house and was told to ask her father. Her father told her that her mother was going to have a baby that night, which made the daughter decide to stay home. Unbeknownst to her, the boyfriend’s mother had crocheted a doily for Ruth’s birthday which had been earlier in the month. He asked her to go with him a second time when Clair was a week old, but her mother wanted her to babysit so she could go out for groceries.

“He (the boyfriend) said ‘why can’t we take him with us,’ so we took Clair with us.”

The family used oil lamps to light their home. She remembers when her father cared for Clayton Stow’s sheep and she had to hold a lantern while he looked after his responsibilities.

“Dad took a milk can to Grandpa’s to get drinking water. We caught rain water off the roof in a barrel for Mom to do wash. Ma scrubbed clothes on a washboard. Her first wringer washing machine cost $79. She took in Ingerson’s laundry,” she recalls.

“A couple of us shared the same water in a wash tub to take our baths. Mom and Dad’s first (bath)tub was in Stillwater after I was grown.”

“Mom never had a phone until the three of us girls went to work. She had to get one to keep track of us girls.”

The Jamestown woman mentions her love of vegetables more than once in her interview and how never a day goes buy that she doesn’t eat them.

“I always had vegetables when I was on the farm. Mom always canned. I have to have my vegetables,” she informs. “Dad had a garden and they made mincemeat for pies in winter and they made relish out of cucumbers.”

“When I was 15 and 16, mom, Helen and I picked blackberries in the woods and Esther and Paul would deliver them to (customers) in Bemus Point. Dad always helped when mom picked cherries because he knew how hard she worked,” she adds. “They always raised chickens. Dad would kill a chicken and we always had chicken on Sunday. We had pigs and mom would cut it up and put it in crocks in the basement.”

“Dad and Esther on one side and Helen and I on the other.”

“I never had a summer vacation. Grandma would always get hurt and I’d have to stay with her. We went to bed at 7:30 or 8 at night. Grandpa would call me at 5 or 5:30 and he said I’d be up before he closed the door,” she reminisces. “He’d start the woodstove so I could cook breakfast. I had to make hash browns. I was 13- or 14-years-old.”

Her amazingly sharp memory takes her back to a day when she was about 4, a day her father had gotten stuck in quick sand. Luckily her mother became aware of his situation. She remembers her mother setting her on a bank and placing Helen, 2, in her lap, while the woman got the horse, threw a rope to her husband and pulled him to safety.

The nonagenarian watches very little TV, but still enjoys Lawrence Welk reruns. She has lived in her home for 54 years, still drives her car, shops for her groceries, cooks meals and bakes, pulls weeds, does laundry and attends a knitting group. She collects tea cups and has knitted 300 Christmas stockings for friends and family and still looks forward to decorating her house and putting up a Christmas tree.

Ruth and Clair, the oldest and youngest of their parents’ seven children are the only ones left. They are still close and have regular telephone conversations, even though Clair lives in North Carolina.