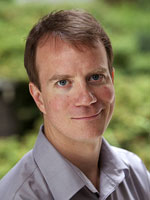 CHAUTAUQUA – This week’s 1045 a.m. speakers in the Chautauqua Institution Amphitheater are listed here: 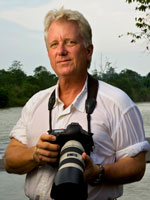 Corey Jaskolski is an inventor, engineer, National Geographic Fellow, photographer, AR and VR developer, and an explorer who specializes in creating technologies for some of the most challenging environments on Earth. Early in his career, he founded Hydro Technologies, an engineering company that specialized in building sensing and imaging solutions for the world’s toughest environments. At Hydro Technologies, his clients included DARPA, NASA, half a dozen departments in the U.S. Navy, and the U.S, Special Forces (SOCOM).

Jaskolski has developed a suite of exploration technologies including archaeology search drones, robotic underwater camera systems, color night vision platforms, 3D scanning camera traps, and underwater laser scanners. His technical imaging and scanning work has taken him to some of the world’s most sacred and beautiful places including dives in the frigid waters of Antarctica for VR capture, 3D scanning in the Tomb of Jesus, working 12,500 feet deep in a three-man submersible on the wreck of the Titanic, spherical image capture inside Tut’s tomb, aerial LIDAR scanning of Chichen Itza, VR capture in some of Italy’s most iconic cathedrals, and deep into underwater caves containing Mayan human sacrifice victims for 3D scanning.

Jaskolski is co-founder of Virtual Wonders, a company focused on protecting and sharing the world’s special places through 3D scanning. Jaskolski’s work often appears in National Geographic Magazine; on PBS and the National Geographic Channels; and in numerous scientific journals and other publications. He serves as a member of the board of directors at the Milwaukee Public Museum.

Jaskolski has degrees in physics, mathematics, electrical engineering and computer science from Massachusetts Institute of Technology. 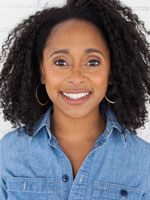 Wildlife photographer Steve Winter has spent over 20 years leading photographic expeditions to remote locations around the world on a mission to document big cats. Winter’s dedication to the protection of these iconic animals on the brink of extinction in the wild is evident throughout his career where he has served as an ambassador for the wildlife he photographs. He has also been a champion of the Big Cats Initiative, a long-term commitment by National Geographic Society to fund on-the-ground research and innovative conservation projects to protect big cats and their critical habitats. 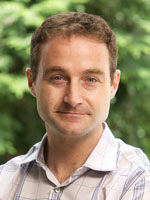 He twice was awarded the Global Vision Award from Pictures of the Year International from University of Missouri. He has appeared on CBS Nightly News, 60 Minutes, NPR, the BBC, and other media outlets, and has filmed numerous shows for National Geographic Channel and Nat Geo Wild. Winter speaks all over the world for Nat Geo Live on his “On the Trail of Big Cats” presentation. In November 2013, National Geographic published Winter’s photography book,Tigers Forever: Saving the World’s Most Endangered Cat.

Winter is a graduate of the Academy of Art and the University of San Francisco. 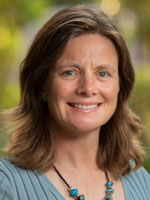 Rae Wynn-Grant is a conservation scientist, large-carnivore ecologist, nature storyteller, and advocate with expertise in using emerging technology to identify how humans are changing the way carnivores use landscapes.

She is currently studying the ecological and social drivers of human-carnivore conflict and how human development can either facilitate or disrupt connectivity of carnivore habitat. She is carrying out this work in the Great Plains of northeast Montana where she is studying potential habitat corridors that can aid in grizzly bear conservation. She has worked on similar research with black bears in the Western Great Basin and African lions in rural Kenya and Tanzania, and grizzly bears in the Greater Yellowstone Ecosystem. Wynn-Grant is also a 2018 fellow with National Geographic Society working on carnivore conservation in partnership with the American Prairie Reserve.

Additionally, she is the Equity, Inclusion, and Diversity Officer on the Board of Governors for the Society for Conservation Biology, focusing on providing the tools and strategies needed for embracing and advancing issues related to equitable opportunity and representation in conservation biology. She serves on the Board of Directors for The Explorer’s Club, and the Board of Advisors for University of Florida’s Doris Duke Conservation Scholars Program.

Wynn-Grant maintains a Visiting Scientist position at the American Museum of Natural History, and adjunct faculty positions at Columbia University and Johns Hopkins University. She received her Bachelor of Science from Emory University, her master’s from Yale University, and her doctorate from Columbia University. She completed a Conservation Science Research and Teaching Postdoctoral fellowship with the Center for Biodiversity and Conservation at the American Museum of Natural History.

Astrobiologist, planetary scientist and 2011 National Geographic Emerging Explorer Kevin Hand’s research focuses on the origin, evolution, and distribution of life in the solar system, with an emphasis on moons of the outer solar system that likely harbor liquid water oceans.

These ocean worlds are prime targets in our search for life beyond Earth.

Working at NASA’s Jet Propulsion Laboratory, Hand is helping plan a mission to Jupiter’s moon Europa to get a closer look at a vast, sub-surface ocean and to see if it harbors any signs of alien life. In an effort to understand the extremes of life on Earth and how habitable other worlds might be, Hand has traveled to the most forbidding environments on Earth — from 87 degrees North in the Arctic to 77 degrees South in Antarctica, to over 19,000 feet above sea level on Mount Kilimanjaro to 12,000 feet deep in the ocean.

Hand is the Pre-Project Scientist for NASA’s Europa Lander mission concept and he co-chaired NASA’s 2016 Science Definition Team report on the science rationale for searching for signs of life on Europa. From 2011 to 2015 Hand served as Deputy Chief Scientist for Solar System Exploration at the Jet Propulsion Laboratory. He is also the director of the Ocean Worlds Lab at JPL.

Hand received his bachelor’s from Dartmouth College, and his master’s and doctorate from Stanford University.

Heather J. Koldewey is a 2018 National Geographic Fellow and scientific co-lead of the National Geographic Society’s work to better understand the impact and scope of plastic pollution in our waterways through scientific research and exploration. She currently serves as Zoological Society of London’s Senior Technical Advisor.

Koldewey co-founded Project Seahorse in 1996, recognized as the world’s leading authority on seahorses and as an early pioneer of community-based marine conservation. More recently, Koldewey co-developed Net-Works, an award-winning project that addresses issues of marine debris and poverty alleviation in coastal communities in developing countries. She also leads the Bertarelli Programme in Marine Science. Koldewey uses collaborative, optimistic and values-based approaches to communicate and engage people in marine conservation, including One Less, a campaign to build a more ocean-friendly society through working to make London the first capital city to stop using single-use plastic water bottles. As a scientific co-lead of National Geographic Society’s plastic work, Koldewey will help lead a team in developing a scientific plan, starting with an initial expedition to study the type and flow of plastic in a river system. Through the expedition, the team will work to provide science-based, actionable information to help local and national governments, NGOs, businesses and the public more effectively invest in and implement innovative solutions to the plastic waste crisis.

Through her work, Sedaghat hopes to inspire conscious consumerism — the realization that every choice we make affects the environment — and spark a global discussion on trash with #MyWasteMyWay. Using visual art and digital media to promote environmental education, she aims to transform people’s perceptions of trash from something disposable to something valuable. An active spokesperson for National Geographic’s global Planet or Plastic? Campaign, she has spoken at United Nations World Environment Day India, Influence Nation Summit, and the National Geographic Live series, among other events. She has been named “5 Under 25: Leaders in U.S.-China Relations” by China Hands magazine.

Sedaghat received her Bachelor of Arts in political economy from the University of California, Berkeley.