‘If Old Man Shulz Can, You Can’

Man Has Accomplished Much During His 98 Years

Fletcher Schulz served in the United States Army during World War II, but his experience was not the typical soldier’s story. Submitted photo

It is hard to believe Fletcher Schulz was able to fit in all of the jobs, businesses and activities he participated in in his 98 years of life. Like so many from the first half of the last century, he did not know the meaning of relax.

He was born on Lower Bush Road on Kennedy’s Waterboro Hill.

“I grew up more or less alone because one brother was two years older than me and the other was five years younger.”

The busy and inventive child made a buggy to hook up to a heifer. 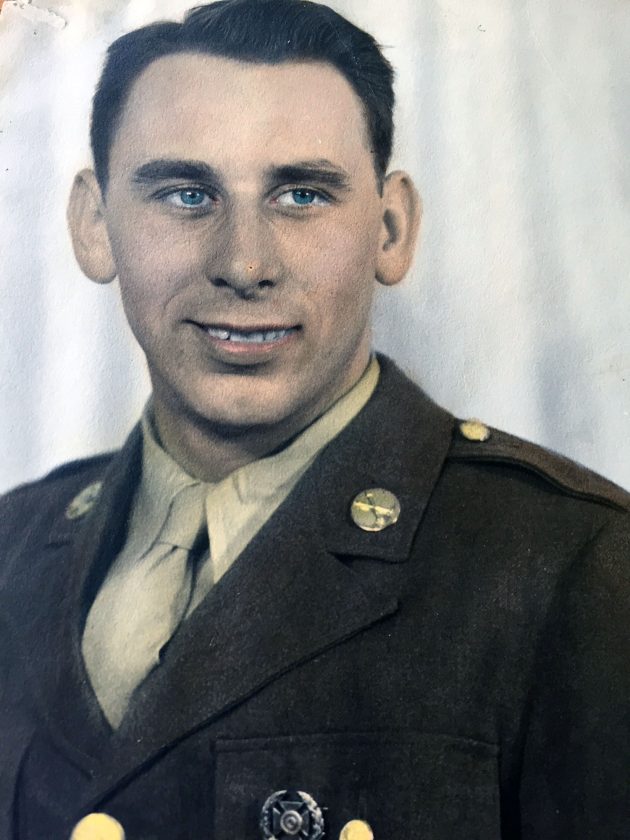 Fletcher Schulz served in the United States Army during World War II, but his experience was not the typical soldier's story. Submitted photo

“I entertained myself and kept myself occupied. We had a small stream that went by the house and I built small ships and dams.”

Like all farm children. he had responsibilities. One of those responsibilities was to clean the barn. His family kept his uncle’s buggy horse in that barn after the relative purchased a Model T Ford for his veterinarian calls.

His father died when the boy was 15 years old, therefore he was forced to leave school in order to help at home.

“I quit school soon after my father died. Money was short. I did get my GED later.”

When he was 17-years old he raced a Model A Ford on a dirt track in Steamburg. Even though he was young, he always placed. He had to give up racing after just one season because he was married and couldn’t afford the hobby. To his surprise, he was recently notified that his helmet was on display at the Chautauqua Sports Hall of Fame in Jamestown, even though he is not sure how it made its way there. 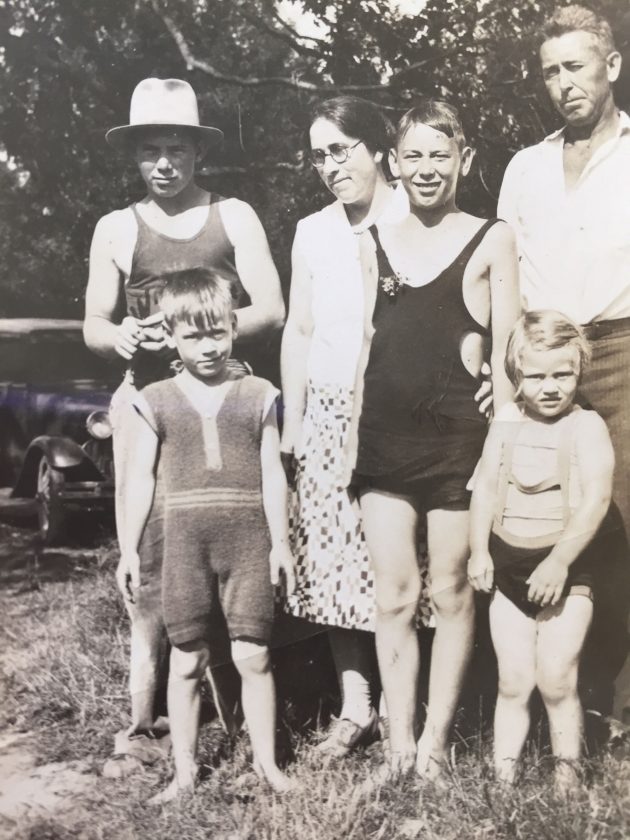 In 1949, at the age of 18, he got his amateur boxing license with Amateur Athletic Union of Niagara Association Boxing and boxed in a few clubs.

“They used to call the people that hired amateur fighters for clubs, smokers.”

He was drafted after he had two children and while he worked at Jamestown Sterling Corporation, but his was not the typical Army experience. He boxed during basic training at Fort Bragg.

“Because I boxed, I got out of a lot. The guys would go out into the field for two weeks and I would be picked up each day to practice and sleep in my own bed. It was entertainment for the soldiers, but the officers bet pretty heavily.”

He was not deployed with his unit because he was held over to fight in a championship match, therefore he did not know anyone when he finally went to Germany. Initially he was in the artillery, but was switched to Military Police and boxed once or twice a week on the base. He was discharged at the end of World War II, after serving two years. 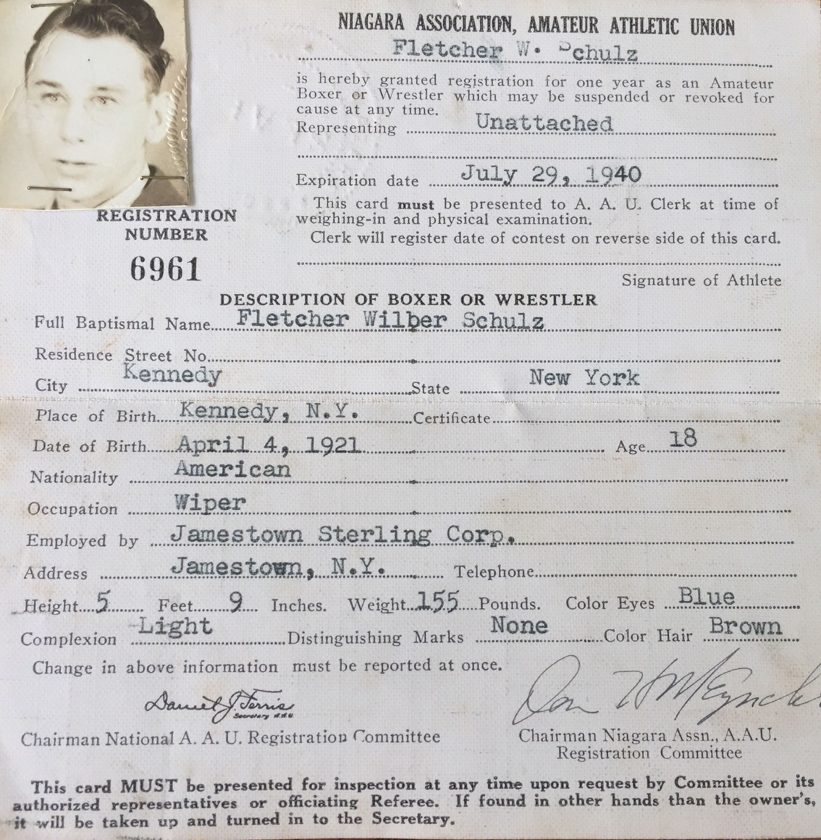 “I was on road duty on the Rhine River when the war ended. A truck came along and the driver told me the war was over,” says the veteran. “When asked about how difficult my war life was, I have nothing (to say). Mine consisted of guarding the prisoners and boxing. I was treated different.”

He saved $1,000 during his time in the Army from washing and ironing shirts, enabling him to buy his uncle’s farm after his discharge.

At about this time, he got a job at Blackstone Corporation but spent the last 26 years before retirement working at Carborundum Company. Shortly after he was hired at Carborundum, he was asked to take over responsibilities of the credit union and remained in the position for 20 years. He ran the factories recreation program as well, which included setting up for awards dinners, Christmas parties and family picnics. At the same time, he owned and ran the Ellington Hotel for six years.

He acquired a realtor’s license after retiring from Carborundum in 1983 and sold real estate for ten years. At the same time, he worked as a security guard at Bush Industries.

“He called horse shows for a couple of years,” says his wife, Trudy. “He was always working two or three jobs.”

The entrepreneur took advantage of having one of the first corn pickers in the area by hiring out to the farmers to pick their corn.

He was always a sports enthusiast. With a few partners, he bought a go-cart track near Jamestown, in Stillwater, in 1962.

“We paved the track, which was a big mistake because mothers didn’t want their kids driving 50 mph.”

He was a licensed umpire of softball and baseball, retiring at the age of 84, but then returned to ump his great-grandson’s games for two more years. He was a pitcher in a softball league in Erie until he was 70.

“They would tease the younger men saying, ‘if Old Man Schulz can, you can.'”

He was one of the first Emergency Medical Technicians with the Ellington Fire Department and was a Red Cross volunteer teaching CPR and First Aid to several area departments.

The couple rode a Honda 1300 until three years ago.

“It got to the point where it got too heavy for us. When it went down, we couldn’t pick it up.

The nonagenarian still drives his trucks, but not after dark. They will be planting their annual garden at their camp, but admit they are downsizing a little this year, planting for a yield of 25 pounds of potatoes rather than the usual 50 pounds. They’ll still plant tomatoes, peppers, carrots, beets, cucumbers, squash, pumpkins and sweet corn.

He has a high regard and sings the praises of Dr. Galo Grijalva who performed a three-and one-half hour surgery on him just a few months ago, when other doctors would not.

“He saved my life,” says Schulz.

Mr. Schulz has six children, but sadly the three youngest are deceased.