‘Gatsby’ To Be Performed At Little Theatre 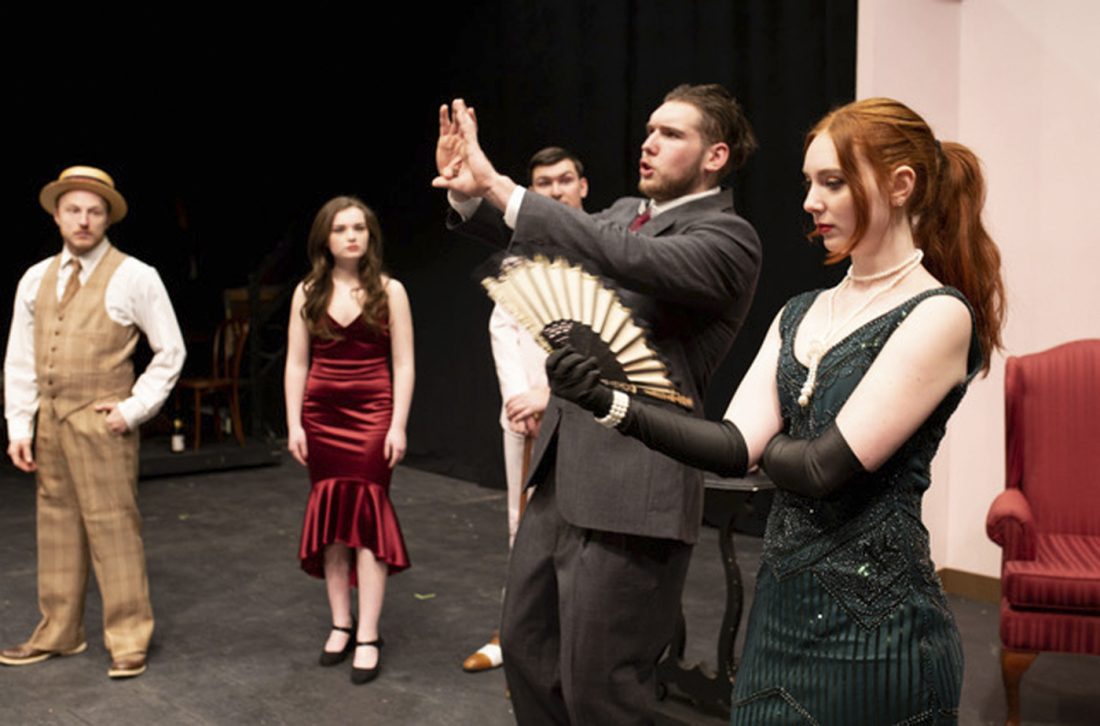 For director Robert Schlick one of the greatest challenges in presenting “The Great Gatsby” on stage is that most plays have one, two, or, at most, three different locations.

“The Great Gatsby has 10 different locations. These are presented with a series of trucks, flown-in scenery, and with lighting design,” he said.

Schlick, along with an enthusiastic cast, an intricate set and 1920s costumes combine for the presentation of “The Great Gatsby” at the Lucille Ball Little Theatre of Jamestown.

According to board member Holly Weston, the play selection committee wanted a show that the community had likely heard of but may have never gotten to see. Also, the board thought it would be great to do a show taking place in the 1920s as the 2020 season begins.

In all the versions, Jay Gatsby remains a rather elusive figure. Gatsby and Daisy Buchanan were in love when they were younger but when Gatsby decides he wants to be a success and give Daisy everything she wants, rather than wait for him, Daisy marries rich Tom Buchanan. Now, Gatsby throws lavish parties, inviting everyone, including the Buchanans so that he can once again be with Daisy. Meanwhile, Tom Buchanan is having an affair with Myrtle Wilson, whose husband runs a small garage. When Daisy, driving Gatsby’s car, accidentally hits and kills Myrtle, Gatsby takes the blame and an enraged George Wilson shoots and kills him.

For Schlick, the question of the American Dream is addressed in that Gatsby starts out with nothing and becomes very wealthy, something that is possible in this country. With wealth, people can move from one level of society to another. Says Schlick, “The play highlights how people with money wield a lot of power and tend to believe they can get away with more and are above the law.”

Asked what was “great” about Gatsby, Schlick responded that he is not great. “The only greatness about him is his wealth and power. It’s very unclear where he got his money, and there are implications that much of his money was from illegal pursuits,” he said. Schlick does concede that Gatsby is great in that he wants to protect Daisy Buchanan, and so takes the blame for the car accident that kills Tom Buchanan’s lover.

While most recently associated with productions at Jamestown Community College, Schlick did direct five shows at Little Theatre in the early and mid-90s. It’s been three years since he last directed, and he is enjoying his return to directing. Says Schlick, “It’s so much work and so stressful, but I love watching the finished product unfold.” With this production, he is enjoying working with a young cast, many of whom are making their stage debut.

One of the new actors is Chelsea Gardner who plays Mrs. McKee. “This character is completely different from the way I am,” says Gardner, “so it’s been a challenge. I like making her a bit ditzy.” She has found the rest of the cast to be very welcoming, which has made her performance easier.

Michael Johnson plays Gatsby, and finds the character “just like me-minus the money.” He says the play has been a lot of work, in part because of all the scene changes, and seven or eight quick costume changes. He finds the story very relatable. “Everyone has a story that comes back to haunt you.”

Michael Correy fills the role of Nick Carraway, and, while he’s new to Little Theatre, he has appeared in several JCC plays. He tried out for this play largely because Bob Schlick was directing. “He has the right amount of toughness to get people to do it right.” He is comfortable in his role and feels like he knows the character. “Nick is almost me.” He says Nick tries not to judge to quickly, but tries to see different sides of an individual.” After that, Correy is working to make sure his work is “solid” since his lines open and close the play.

The role of Daisy has been a challenge for her because, “It’s hard to play someone so submissive, so eager to please a man, and, I can’t imagine marrying just for money.”

Ekstrom also finds it strange to be the love interest. “I’m usually the funny one.” She enjoys the scenes when Daisy is drunk because then she can be a bit “kooky.”