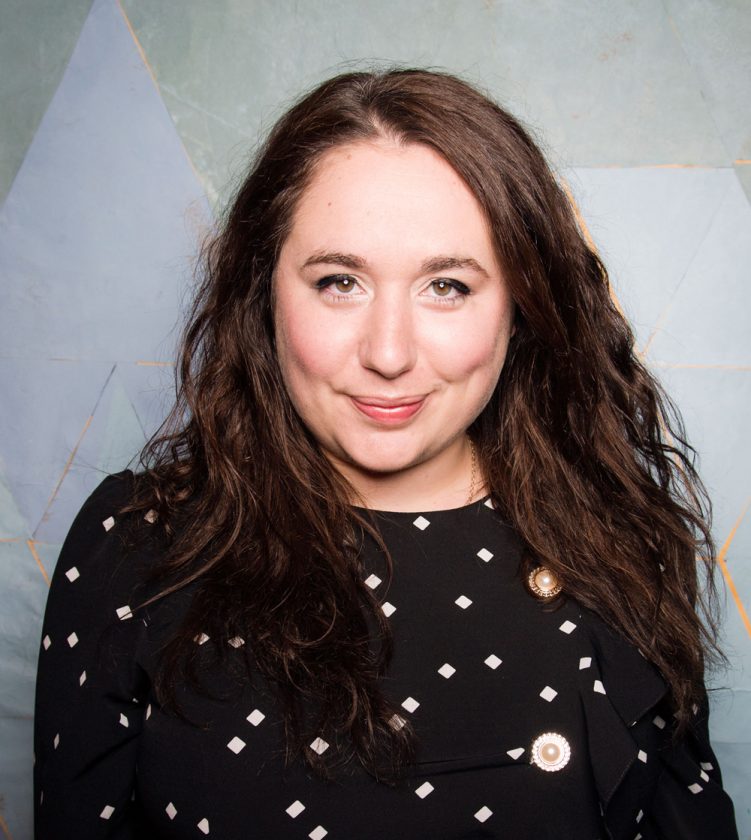 The National Comedy Center has brought some of the best comedians from all around the country and all walks of life to Chautauqua County.

Many have had the chance to perform in Jamestown before, but for Liza Treyger the connection is different.

“I’ve actually been to Jamestown a couple of times,” Treyger said. “I’ve been to Shawbucks and The Pub and Allegany State Park. I went to a high school soccer game.”

That may surprise some who look at Treyger’s resume, which includes her own Comedy Central half-hour special and album, as well as television appearances on “Late Night with Seth Meyers”, “Chelsea Lately” and “@Midnight”.

What is not surprising is that the connection goes back to comedy.

Treyger first started performing stand-up in and around her home town of Skokie, Ill., before eventually making her way to New York City.

It was in the Chicago area that Treyger met Julia Olson, a Jamestown native who was there attending college. The two have remained close friends ever since.

It was growing up in Skokie that Treyger first got a taste for live performance.

Among her early influences were the teachers in her high school theater program.

“I credit (my teacher) with a lot of knowledge about performing,” she said. “I remember we did a sketch show and an improv show and a lot of my sketches got in there. That was pretty informative to me.”

Treyger also had the benefit of a diverse and interesting student body.

“My high school was super diverse, so that was great to have more world views than my own. A lot of my friends were from the Philippines. They were Indian. They were Syrian.”

Treyger credits this early broadening of perspective to her appeal on stage.

At home, she was always staying up-to-date on entertainment news, following the lead of her mother, a dedicated Marilyn Monroe fan.

After getting her first start at an open-mic night in Evanston, Ill., Treyger knew what she wanted to do for a living.

“I loved it so much and I started doing it every day. I found a ton of friends, I’m still friends with so many people that I’ve started with,” she said.

With the rise of online streaming services and podcasts, Treyger has had the benefit of watching many of those same friends rise through the ranks of the comedy, film and entertainment industries that she grew up following.

“It is awesome to see a lot of my friends working. The fact that I have tons of friends and comics who are working in movies, TV shows, selling scripts-it is really awesome,” she said.

Treyger may be about halfway between Chicago and New York City when she takes to the stage of the Tropicana Room for shows at 7 and 9:30 p.m. on Friday, but she will still feel at home.