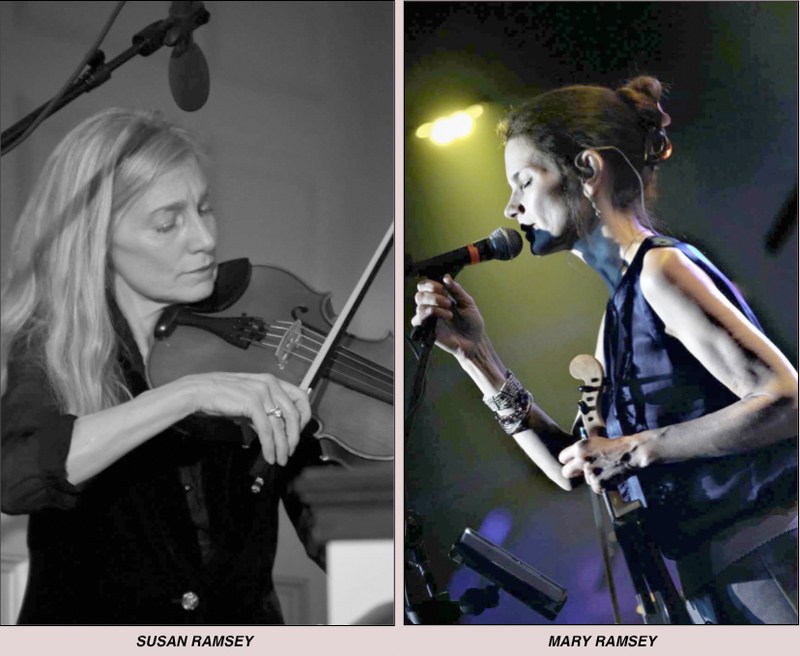 “You open the door to this portal called music. There are so many places that you can go.”

For Mary Ramsey, music is a part of her soul.

“It makes sense in a way that realities don’t. It’s a part of who I am,” she said. “I can’t imagine not (being attracted to music).”

Mary will be performing with her sister Susan for Rolling Hills Radio.

Mary said both her and her sister are classically trained in viola and violin.

Susan studied violin and viola at Smith College. She is the director of the Foxcroft Academy String Program, in Maine, as well as playing viola and violin with singer-songwriter David Mallett.

“We have played it before,” Mary said of the radio show. “We are going to do four songs. One of the songs will be one of the first songs I ever wrote called ‘Piles Of Dead Leaves.’ I wrote it with John Lombardo.” “Piles of Dead Leaves” is from the John and Mary’s first album entitled “Victory Gardens.”

Mary said it’s fun to play with her sister but Mary’s schedule is so busy that it’s hard to find time to perform with Susan. “We both do similar things: We give lessons. We sing and play violin and viola, but our schedules are so busy with what we do — me being with 10,000 Maniacs, John And Mary, and also living so far away, (that) we don’t play together that often,” Mary said.

When writing music, Mary said she is inspired by chordal structures and from those chordal structures, she develops melodies. “Oftentimes it’s from stories and emotions. I kind of think of the way I like to write lyrics is sort of like prose or poetry. So much of what I have done (written) has been collaborating with John Lombardo,” Mary said. “The lion’s share of the songs I’ve written have been with John. He has a very good literary sense. We compliment each other.”

Her influences include folk music, British Isles music, classical music, opera, and avant grade music. “There are some things where you say ‘I want to feel that again. I want to hear it again.’ When I hear a melody and it grabs me, it’s some magical thing. I love rhythm in music too. It really drives you in. It’s like a hypnotic trance.”

The radio show begins at 6:30 p.m. Monday at Shawbucks. “We are going to be having a good time playing songs from our pasts,” Mary said.