Lowest Of The Low Set To Perform 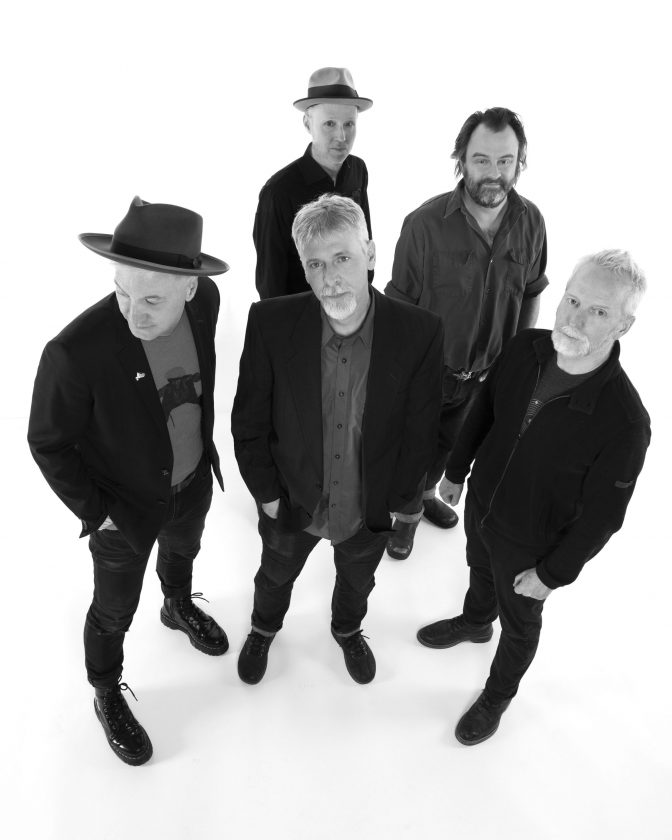 For Lowest of the Low singer, Ron Hawkins, the path of writing has come full circle and he can’t be any more pleased with it. The 54-year-old singer says the Big “P” politics and the small “P” politics come together for a more complete view of the social change, modern protest music. The agitpop that marked the band’s start has returned.

Since the Toronto-based band hit the scene with “Shakespeare My Butt” in 1991, the indie rock, folk-punk band has moved from overtly political With a capital “P” as Hawkins likes to say, to small “P” politics of family and the small details of life , and back again with a mix. Some of it has a distinct sound of the early protest movement while other songs are meant to invoke more of a current sound, he said. That’s what that agitpop is all about, the use of pop music to promote a political agenda, to foment action and make a change.

“‘AgitPop’ comes from a place of extreme concern and anger,” he said. “In both the US and in Canada, we have seen a swing that has driven a deep anger in a lot of people. That swing to the Right is something that really played into the writing of the album. The election of Donald Trump just made me angrier, and I know it has done the same for many more out there.”

Hawkins said it was out of a need to do something for social change that drove him to write “Permanent Revolution”, the album’s finale.

“People are sick of the neoliberal situation of business as usual,” he said. “I wrote that for the working middle class. There’s a lot of people in that class that our parties, in Canada and in the US do not reflect.”

“I see Trump and Sanders both talking about needing to ‘Drain the swamp.’ Both have their own ways of doing it, and definitions of what the swamp is. The vast majority is never heard and their needs just aren’t meant.

“Take the indigenous people in both our countries, for example,” he said. “How many of them don’t have clean drinking water? There’s no excuse for anybody to have non-drinkable water.

“I stole that phrase, Permanent Revolution, from (Karl) Marx and (Leon) Trotsky,” he said. “They had a bigger, more complicated idea of social change and the way society is organized.”

No matter how cohesive a band has become over time, the writing process can create tensions and tests, Hawkins alluded, and Agitpop had a tune that really tested for a bit.

Hawkins’ work to develop a website that celebrates protest music unknowingly generated one of AgitPop’s contentious tracks. Hawkins said “The Barricade” was never meant to be on the album in its current form, but the sound seemed to work for everyone and almost all of the lyrics were right. A couple things stood out, he said.

“I was going to use (“The Barricade“) as a challenge for people to create their own protest songs,” he said. “When I recorded the demo I sang like Bob Dylan and I forgot I did that. The guys liked it so we just kept it.”

Keeping in line with the punk side of his musical influence and bringing the spirit of protest to the music, Hawkins wrote a line promoting the idea of voting with a brick. His bandmates were not so sure about that. Voting with a brick signifies a level of frustration with the choices that are presented that lead to the casting of a brick in protest to the status quo. Casting the brick would be the catalyst to a physical protest of the system.

“We had some band discussion and the band wasn’t exactly sure that we were representing ourselves, our fans with it,” Hawkins said. “We talked it out and it stayed in the song.

“Look, people will go and vote,” he continued. “There’s really no excuse when it comes to that.”

Coming from the left side of the political spectrum, Hawkins said it doesn’t surprise him that the band has fans that come from the right side of the aisle.

“My beef isn’t with the Trumpsters, or even those on the right,” he said. “There are some smart, frustrated people that voted for him. People were used as pawns and were told, ‘he’s not like anyone you’ve ever had before.’ I think we share in an anger. It’s a valid anger, a working class anger. We have this anger against the way things have been. The status quo.

“I am not your classic leftist,” he concluded. “I am up for a conversation with anybody. I will fight as hard as anybody. I am not the safe-space, PC, crybaby leftist.

Lowest of the Low will be at the Town Ballroom in Buffalo, Nov. 27.