Eric Lindquist started playing guitar when he was 15.

He knew then music was his passion, his love, and he wanted to play in a band.

“One of my immediate goals at that time was to see if I could get good enough to join a band that some of my friends had formed,” Lindquist recalled. “I ended up learning to play the bass, since the band needed a bass player. Playing music with friends became very meaningful to me. I have continued to purse that kind of dynamic. There is something special about the interaction and relationship between musicians that attracts me to this day. I also enjoy music as an emotional, spiritual, and creative outlet that I feel is part of who I am.”

The Lakewood native and Southwestern Central School graduate played music throughout high school, and after graduating from SUNY Oswego, Lindquist tried to pursue music as a career. He and a friend, a Jamestown native, Art Bailey Jr., tried to start a band. 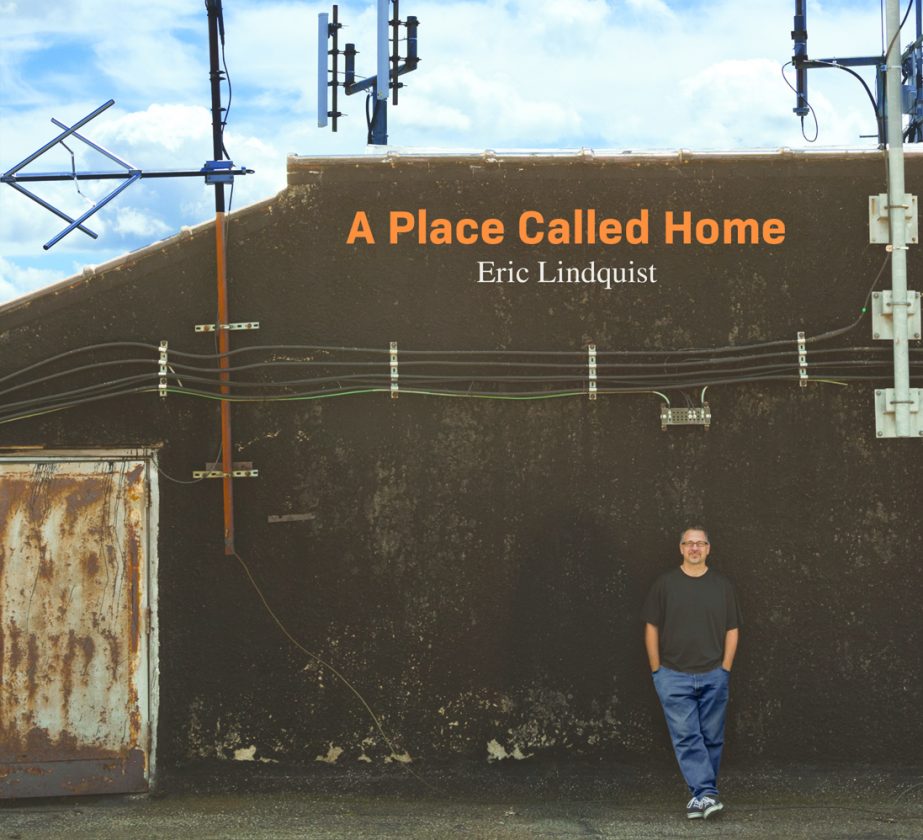 After that, Lindquist got married, had children, and Moved to Utah for many years before heading back to Southern California in 2012.

“I have been on the West Coast for many years now, but I still consider Jamestown to be home,” he said.

While back in Southern California, he decided to take his music off the shelf. He has just released “A Place Called Home.” And ironically, it’s filled with Lindquist’s experiences in Western New York. He said the recording the album took more than a year to complete. He finished the last song in March and then had two main recording sessions in April and August. The final mixing and mastering was just completed, Lindquist said.

The songwriter said he didn’t set out to write about Western New York, but a seed for the song “Franklin Street” came about when he heard one his former neighbors in Lakewood passed away.

“That led me to start thinking about what it was like growing up in our neighborhood and out came ‘Franklin Street.’ That led me to start thinking about other people and places growing up,” he said. “I ended up writing a song about my dad, my mom, my band, my Aunt Kala, my first love, etc. One song led to another and I ended up with a theme album. One of my favorite songs is called ‘Chautauqua Lake.’ I love the metaphor of Chautauqua Lake as representative of longing for home. That song also has a spiritual element to it as well.”

Lindquist has fond memories of growing up in the in the area. He feels at ease when he comes home. “When I go home I love going to see the fireworks in Lakewood. I love how everyone gathers in that place as a connected community. I think for me the simplicity of life and the connection to the place and people are what I remember most. When I go home to visit I can sense my body and my spirit relaxing. There is something familiar and special about that place,” he added. “I don’t know if I can describe it but, I feel that comfortable every time I come home. I think when I visit I remember the connections with family and friends that made it a great place to grow up.”

He attended Lakewood Elementary School, SWCS Middle and High Schools, Jamestown Community College, and finishing at SUNY Oswego. Lindquist doesn’t really have a routine when writing songs, but tries to take every opportunity to create something good.

“Since I am not living as an artist, I have to take whatever creative time that opens up and use it to my advantage. I have written songs over the years, but for the most part I have experienced lots of frustration with finishing songs.” he said. “I have started many more songs that I have finished. That is why ‘A Place Called Home’ is so unique. I never before in my life completed this many songs at the same time. It is really unique and quite a gift. I find that I can’t control the creative process, only to try and open up time and space for it. These 11 songs are special to me because of the way they seemed to come out of nowhere, but I feel fortunate that they all are connected to each other. I view the record as one thing, as opposed to 11 separate songs.”

“The best songs make you feel something. I remember growing up listening to ‘Rumours’ by Fleetwood Mac. I would get lost in the emotion of some of the songs. That is what I like about ‘A Place Called Home.’ It is not short on emotion and is not shy about trying to make the listener to feel the emotion of the lyrics and music,” he added.