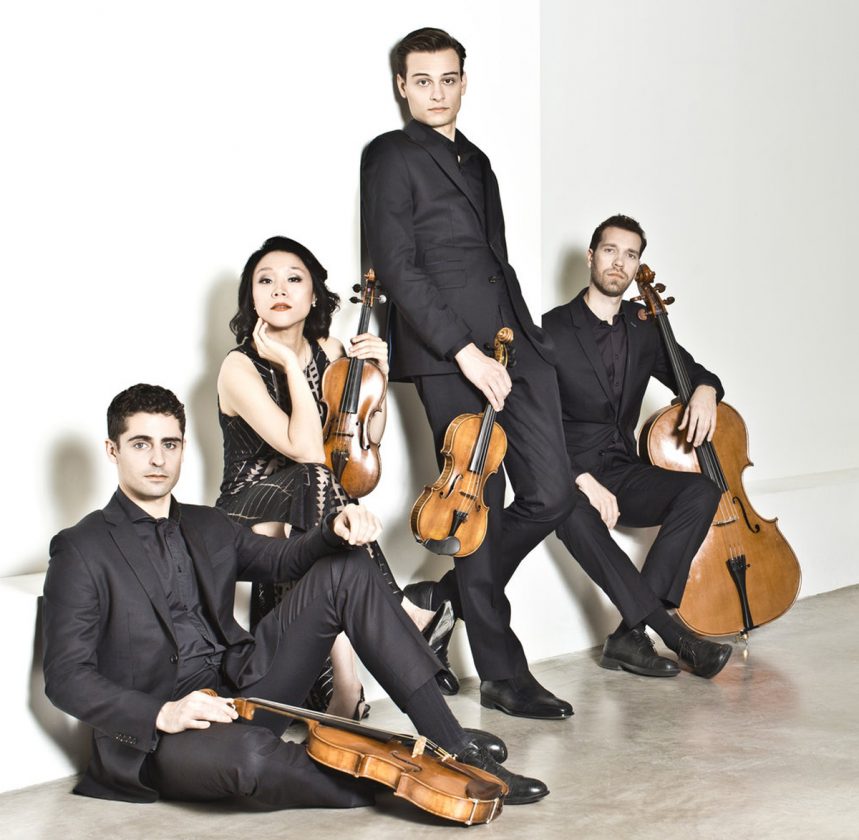 On Friday, Oct.11, the Tesla Quartet will be kicking off the Jamestown Concert Association’s 2019-2020 Season. This performance will take place at 8 p.m. at St. Luke’s Episcopal Church in downtown Jamestown.

Forming in 2008 at The Julliard School, the Tesla Quartet went on to win Second Prize at the J.C. Arriaga Chamber Music Competition only a few months after its inception.

The quartet has won top prizes in numerous international competitions, most recently taking Second Prize as well as the Haydn Prize and Canadian Commission Prize at the 12th Banff International String Quartet Competition.

BBC Music Magazine awarded the disc a double 5-star rating and featured it as the “Chamber Choice” for the month of December.

Most recently, the quartet announced its second album will be released on Oct. 18, 2019. This new album will feature collaborative classical music with clarinetist, Alexander Fiterstein.

“From Glazunov, Beethoven, and other well-known classical composers, the Tesla Quartet has quite an expansive repertoire,” commented Sally Ulrich, Jamestown Concert Association board president.

“The musical talent and the signature enthusiasm this string quartet brings to the stage issure to provide an enriching classical music experience.”

Presale tickets for this event are available at the Reg Lenna Center for the Arts box office 484-7070, Chautauqua Music, and Germaine & Pappalardo.

The Jamestown Concert Association is dedicated to classical music and ensuring that it continues to flourish in Jamestown.

For more information on upcoming concerts and to find out how to support the Jamestown Concert Association, visit jamestownconcertassociation.org.