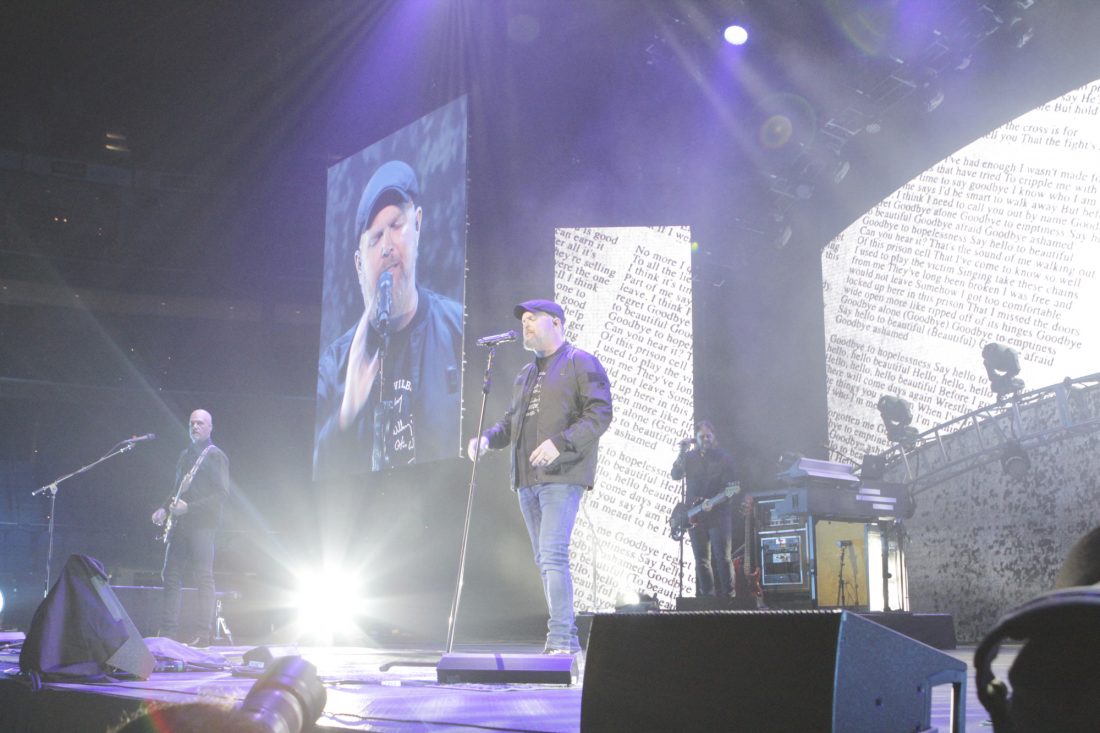 BUFFALO — Christian Contemporary music may get a bad reputation. Most of it is due to the roots of the music. Growing pains and learning the ropes made for a rough bit of time for the genre but lessons were learned, and Thursday, Oct. 3 was a night that three artists, Micah Tyler, Crowder, and MercyMe, proved that it is alive and well.

The night started with a guy and a keyboard player, accompanied by a television. Tyler was given 20 minutes to warm up the audience at KeyBank Arena, and he was more than successful.

Tyler played up the part of being in awe of sharing the stage with Crowder and MercyMe. A part of his set had him performing a portion of what is one of MercyMe’s biggest hits, “I Can Only Imagine” only to be told to stop on a mock phone call from MercyMe frontman, Bart Millard.

Tyler told his story of tragedy and of overcoming and of his faith and how it gave him the ability to be on the stage. The set felt too short as Tyler’s talent and his ability to entertain an audience showed that he belonged on that stage.

For those looking for more of a small-town church feel, Crowder hit the stage to perform what could be called a hometown worship service feel. The band used instruments from traditional guitars, drums, and piano to banjo and even a cigar-box guitar and an upright bass. If you like a bit of grit in your music, Crowder is the band for you. The songs had a welcoming feel of being in a church down in a valley.

Not only did Crowder musicians perform with traditional sounds, but the members performed in more of an acoustic, intimate setting, which was tremendous.

MercyMe came out and delivered a show that may rival any mainstream concert out there. The music was solid, and the musicians all know their craft and know-how to deliver their music in a way to inspire and to stir emotion.

Millard joked, mostly about him and his life, but also about drummer, Robby Shaffer’s inability to carry a tune.

If you were there and you left without singing along, dancing to “Happy Dance” or even just closing your eyes in self-examination, you didn’t let yourself experience the night as it was.