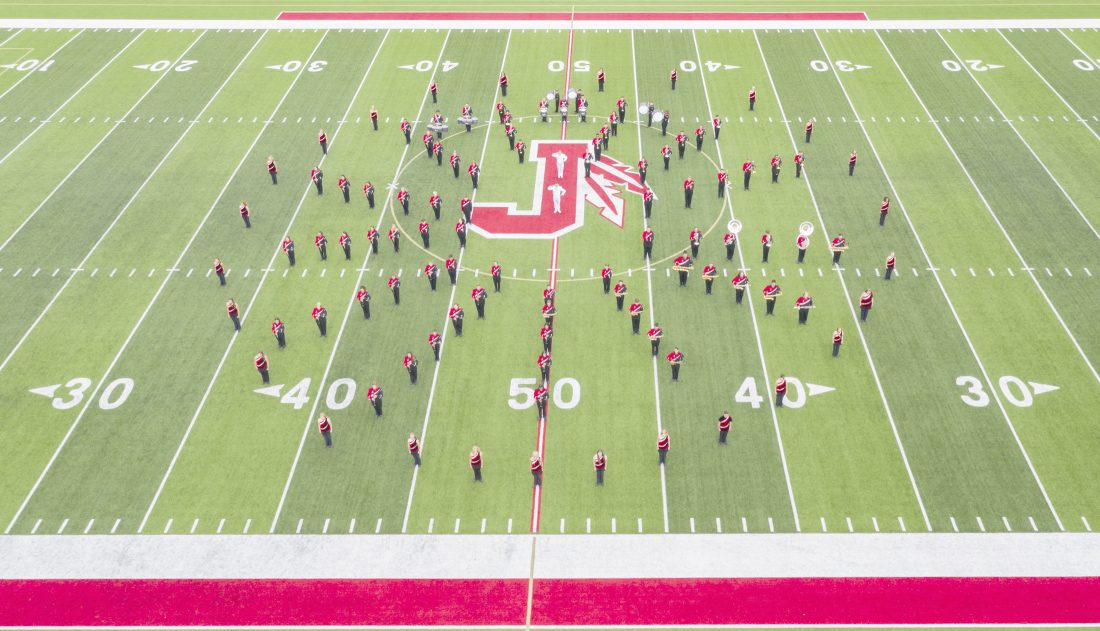 As a thank you for community support, the band will perform a free show on Saturday at 2:30 p.m. at Strider Field. The rain location is Jefferson Middle School gymnasium. The community is welcome to this performance

The 46th championship show will bring together more than 50 of the finest high school marching bands in the northeastern United States. JHS will perform in the National Class at 8:57 p.m.

“This is our most exciting time of the season,” said JHS Marching Band Director, Meghan Murray. “We have been preparing for Championships from our first rehearsal in June. The students have worked so hard and have achieved at a very high level. The staff is very proud of how far they have come over the past few months. We are coming off a third state championship in five years, which has placed us back in National Class. We are now competing against the very best bands in the state and, so far this year, we have seen great success at our competitions. We look forward to giving our best performance on Oct. 27.”

The New York State Field Band Conference Championship show is the culmination of an eight-week season, which features more than 60 bands in 34 regional competitions throughout the state. Band members, directors, staff members and boosters from each of the competing schools will have spent countless hours preparing for this prestigious event.

Bands are divided into six different classifications based on school size and past competitive experience. Each band in the championship show will perform a musical and visual show lasting about ten minutes for a panel of ten judges. The judges will score and rank each band within its class. Each band will receive a plaque and the highest scoring New York State band in each class will take home the coveted Governor’s Cup. Aside from JHS, last year’s champions included Arlington, Malverne, Mineola, Rome Free Academy and Jordan-Elbridge.

The bands in the championship show will represent nearly every region of the state along with two bands from Pennsylvania and one from New Jersey.

The championship show will get underway at 8 a.m. with marching bands in the Large School 3 Class. The National Class competition will begin at about 8:15 p.m. and also will include Liverpool, Cicero-North Syracuse, Baldwinsville, West Genesee, Victor, Lancaster, Arlington, and Brentwood.

Additional information about the New York State Field Band Conference Championship show, including exact performance times for each band, as well as results from the regular season contests and a history of the conference may be found by visiting their website at nysfbc.org.