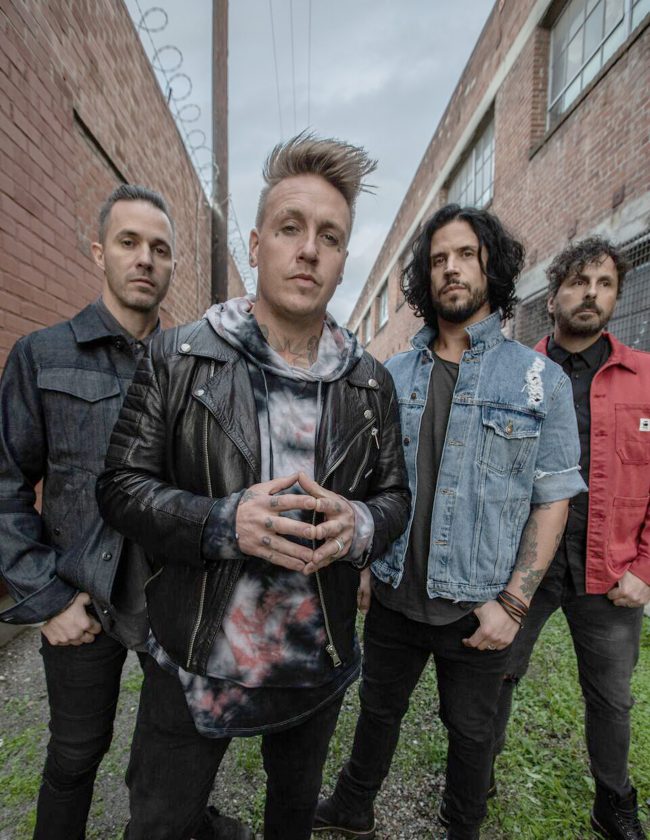 Life has a habit of taking us from one place to another, from one side of the fence to the other. Over the career of a musician, it is even more prominent as his personal side bleeds into the art they produce. Jacoby Shaddix, singer for Papa Roach, knows this well.

Coming from destitution, desolation, and inebriation to find his way to not only a rock star but a sober family man, Jacoby has found a new hope that has made it’s way to the new release from Papa Roach, Who Do You Trust?

“This album is all about where I am in my life through the trials and tribulations,” he said. “You know, I want people to know that even though thee is so much pain and strife, there’s so much that is pretty in this life. I want them to embrace the positive.”

Finding himself in the grips of heavy addiction, Shaddix said he has found that life has taken a new turn for him.

“My perspective has really changed,” he said. “I found that pain is really necessary for everyone to walk through. We have to all take that walk to know what love and joy really is.”

That perspective shift created a shift in writing for Jacoby, producing his favorite track on Who Do You Trust?, “Elevate”. The message in the song is one that he says has become his personal goal.

“I try to do better than I did yesterday,” he said. “I have learned that if you suit up, show, up, and do the work, good things will usually happen.”

That change of perspective and change of approach in his own life and in writing or the band has not changed one thing for Jacoby Shaddix and Papa Roach. Having recently released the video for “Come Around” he says that the music has become more of a tribe.

“We used this video to feature our fans, our family,” he said. “We actually spotlighted one fan (MarkMoreno) that has been to a lot of Papa Roach shows. The number is just insane (50 shows since 2000). We gave him a plaque to honor his dedication to the band.

“The music, for me at least, is my opportunity to be a part of something larger than myself,” Shaddix said. “Buffalo better be ready, though, for a knockdown, drag-out, rip-roaring rock ‘n’ roll show.”

Papa Roach will perform with Asking Alexandria and Shinedown Friday at the KeyBank Center, in Buffalo.