In Review: The Struts, Glorious Sons Perform In Buffalo 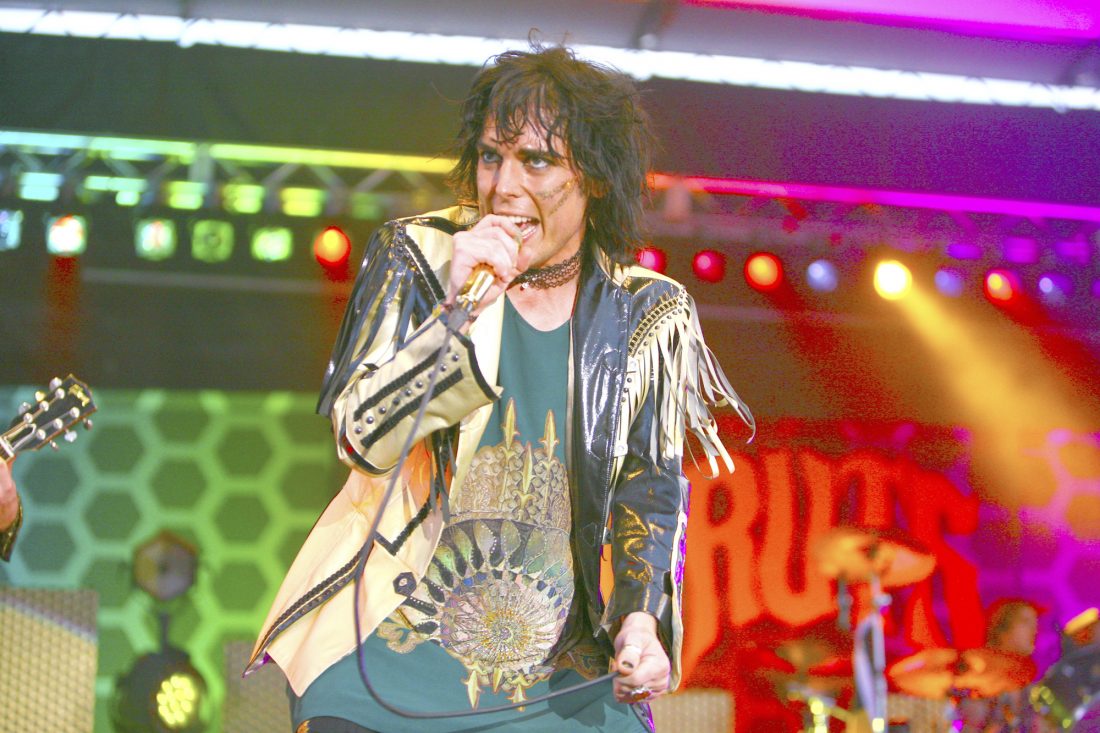 Luke Spiller of the Struts singing at Canalside. Photo by Chris Chapman

BUFFALO — If you take David Bowie, Freddie Mercury, Mick Jagger, and maybe a bit of Elton John together, That’s what you’d have in the person of Luke Spiller for The Struts.

The Struts arrival on the main stage of music has announced the resurgence of what may be termed as the best of British Glam Rock, and Canalside was the place for it on July 25.

The final act of the three-act night not only hit hard with great songs but the stage show and the theatrics were phenomenal. Now, while Spiller was doing his best to own the look and feel of some of the greatest glam rockers to come out of England, his bandmates, Adam Slack on guitar, Jed Elliott on bass, and Gethin Davies on drums, fit in absolutely perfectly.

Musicianship was spot on. You can’t take anything away from the band. The showmanship was perfect, and the care to every detail and point was taken. At one point, Spiller was looking for nothing but a cellphone, a mobile, as he called it, light to illuminate him on stage. For those that have been to shows at Canalside, the streetlights still come on as the sun dips beyond the horizon.

“Well, now, those street lights kind of ruin the production value, don’t they?”

That was his remark as he sat behind a piano on stage.

The band’s set was flawless, in terms of music and production, beyond that small item.

Prior to The Struts, a band from Kingston, Ontario, Canada, took the stage and gave the night a double headline feel. These guys have been the warm up act for The Rolling Stones recently. They have radio play, and have toured the United States. The band now reaches beyond border areas like Buffalo.

The set was one that showcased some of the best that Glorious Sons have to offer. Vocalist, Brett Emmons, was on fire vocally and was a ball of energy on stage and off, at one point, stealing a hat and sunglasses from fans at the front row barrier.

All around, this show was a testament to the increasingly high-bar shows at Canalside.