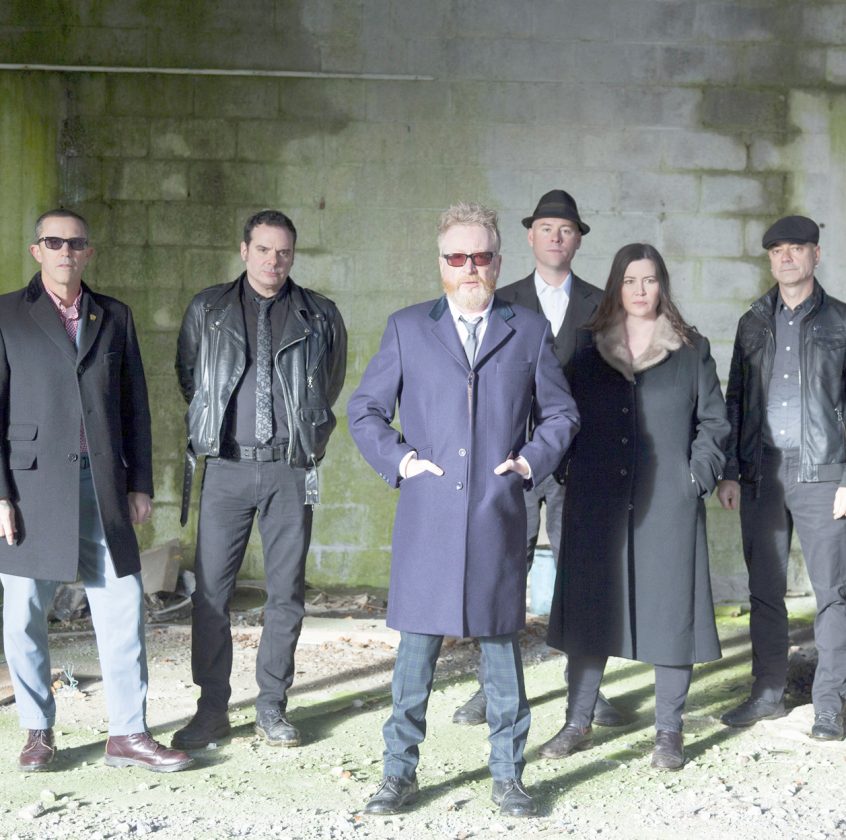 For fans of punk music, one tour this summer may be an attention grabber. Flogging Molly is co-headlining with Social Distortion. Both bands will perform Tuesday at Canalside in Buffalo.

Adding their own 22 years to Social Distortion’s three decades, Casey said something has really become evident, and has become a staple of the punk genre. The shows have gotten larger, but there is something that Casey said everyone has noticed, even mentioned.

“That 16-year-old from 22 years ago is now married with kids — and is right up front with the family,” he said. “It’s actually cool. You see the small kids on parents’ shoulders. Believe it or not, we do remember the parents. We remember them.”

It’s all about the family vibe, Casey said.

“We like to meet them all,” he said. “It’s really interesting when you think of the people at our shows. The audience is getting older, obviously, but in some respects, it’s getting younger. It is a sign and a testament to what we are as a band when that 8-year-old is singing along with our songs.”

In an effort to get to know the fans of the band, about six years ago, a cruise was established. It has been going solidly every since. The Salty Dog Cruise is a few days on a ship with a few punk bands, fans, and a ton of fun, according to Casey.

“When the idea was first thrown about, I thought people had flat out lost their minds,” Casey said. “I mean, all the booze you can drink and punk fans out in the middle of the ocean for a weekend. Who thought that was a good idea?”

But much like his take on the family aspect of a show, the cruises have a family atmosphere as well.

“It has become a very special weekend,” he said. “We allow people to bring their instruments on the boat. It’s really a great time. You get groups forming around the ship and music all over. Even the bands get into it. I like to walk around and meet people when we aren’t on stage as well. It’s just an incredible vibe on the boat.”

While a weekend in the Carribean with Flogging Molly may sound like fun, Casey said he has more of a special place in his heart for the people of Western New York. The Rochester native recently came back home and he said it was about love and the vibe in the air.

“Being from the area, I really have to say that there is a pride and admiration of the people here. They are special, and I’m not just saying that,” he said. “Be it Rochester or Buffalo, there’s a friendliness and charm everywhere you go. This is the area that has really embraced the band and we never take that for granted. It is a special time for us to play to Western New York.”

But what can people expect from the show?