Playwrights Have H.O.T. Drama Going On In Their Lives 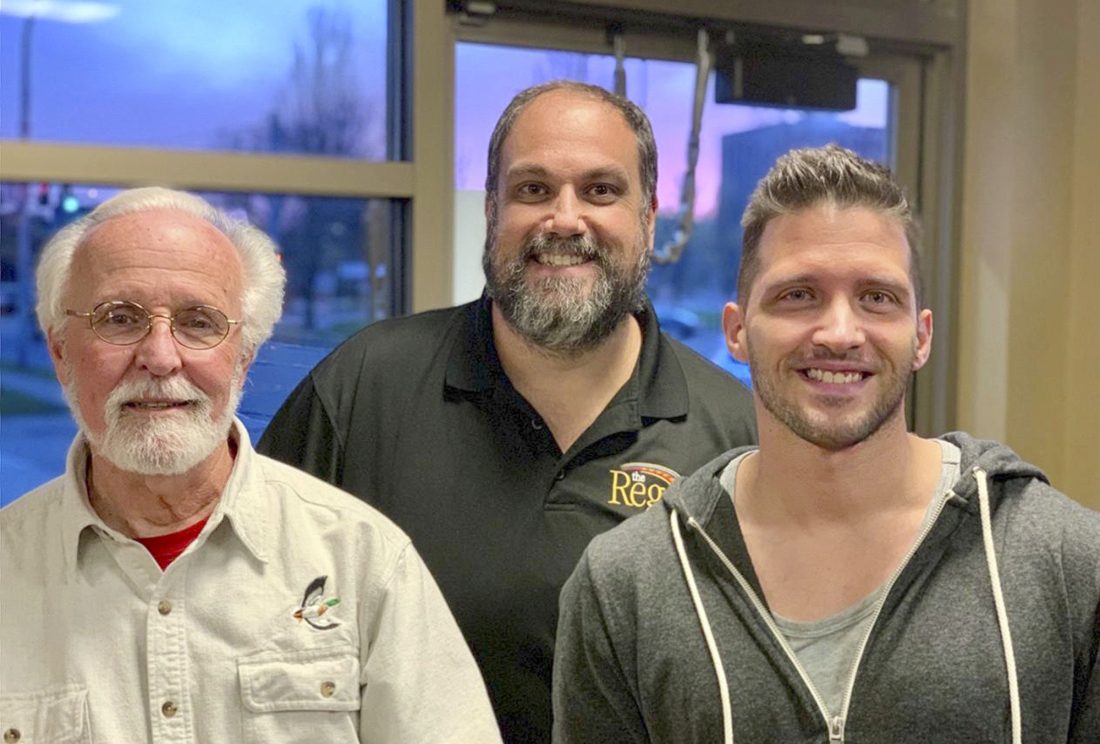 Bob Terreberry will be the first to tell you that he has had a lot of drama in life.

“It’s one of those things. I always thought I was a writer,” he said.

Now, the local author now has more drama in his life — hot drama.

“I’m doing it to keep the brain going. These two other guys with me, they have done a lot of other shows,” Terreberry said.

Terreberry said the group was formed because there are not a lot of avenues where writers can have their writings either read or heard.

That has changed a bit.

In collaboration with the Labyrinth Press, 12 E. Fourth St., Jamestown H.O.T. Productions will present an evening of one-act plays.

“We decided we were going to do something that was going to be fun. The actors only have to learn a one-act play. They don’t have to learn dialogue with 20 other people and three acts. We have actors that are happy to do something, but don’t have costume changes and all that. It’s on a Wednesday night, so if you have a busy schedule, you can still do it,” he said.

“What we are going to present is an evening of three original one-act plays. We have each written an act and get to direct it with local actors we admire and are eager to work with,” Hughes said.

Owens echoed Hughes’ thoughts. “Being part of a theatrical production can be a joy, but it can also be hugely time consuming. We’ve put together an evening that we think will be fun for us all — cast, crew and audience.”

Terreberry said he had a lot of fun writing his act. He originally had the idea for the production company, and then talked with Hughes and Owens about collaboration.

“The three of us have been planning this opening for some time now. I retired

from the theater four years ago, but this venture brought me back,” Terreberry said.

Terreberry then reached out to Labyrinth Press for a venue.

“We told HOT Productions that we’d take care of the venue, ticket and refreshment aspects of the evening. They have the show all set. We’re excited to work with HOT Productions,” Frank Bessey, Labyrinth Press co-owner explained.

The original plays will be presented on Wednesdays, May 22, May 29, June 5, and June 12. The three plays are titled “Dinner at Chez Taco,” Terreberry noted.

The writer explained that the stage is small but the audience experience will be big.

“Our goal as a company is to offer an evening of original theater with cast, crew and audience having an enjoyable experience,” he said.

The show starts at 7 p.m. and refreshments will be served between the acts during the two intermissions, Terreberry said. The refreshments are included as part of the $20 ticket price. Because of the limited seating, reservations are a must, and can be made by calling 708-2471.

“Local actors in plays by local playwrights in a great restaurant in downtown Jamestown,” Terreberry said. “(It) starts early. You’ll be home before 9 p.m. It is a school night after all… what a treat.”

Eichel ‘Fed Up’ With Losing