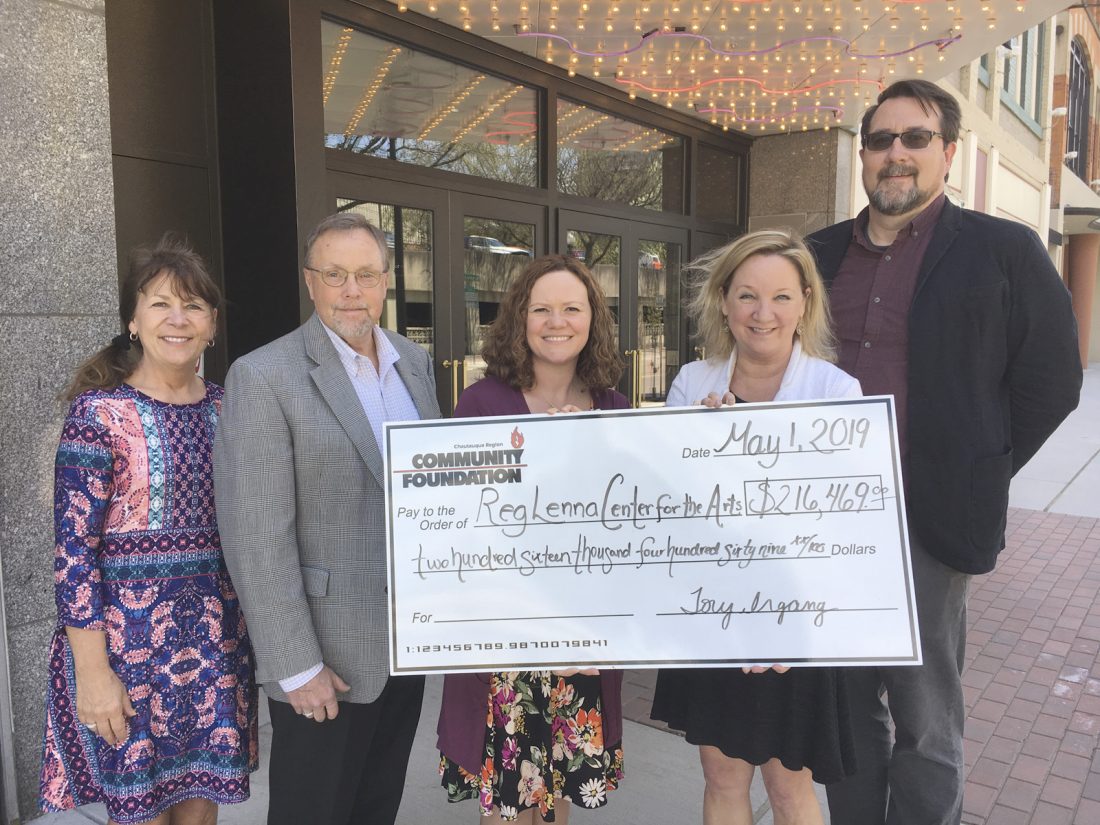 The Chautauqua Region Community Foundation recently awarded its largest, single grant to the Reg Lenna Center for the Arts.

The grant closed the final funding gap to complete the renovation of six of the seven buildings surrounding the historic theater.

“The completion of this renovation is an incredible milestone for the Reg,” said Tory Irgang, CRCF executive director. “Our support represents an impressive milestone for the Foundation in making a single grant of this size. We are grateful to the generous giving our Fund for the Region receives that allows us to address emerging needs in our community, such as this.”

“The Reg plays a critical role in our region’s economic success as a downtown destination and leader in programming,” Irgang said. “Our board of directors is honored to be able to collaborate with other funders to support this effort.”

In 2018, the foundation awarded more than $3.2 million to the community in the form of grants and scholarships. Throughout its 40-year history, it has awarded over $55.8 million.