Another studio for use at WRFA. P-J photo by Michael Zabrodsky 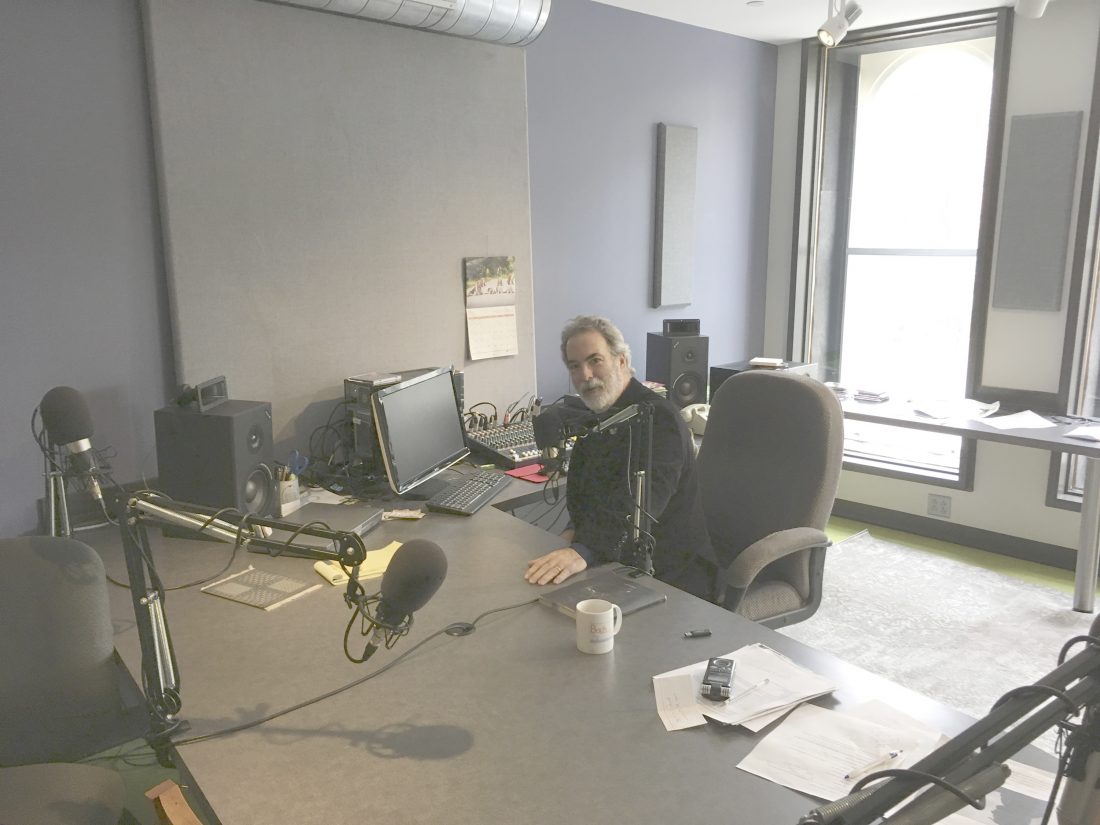 WRFA has new space — three studios plus a live room in which bigger events can be broadcast.

“They are fantastic,” WRFA General Manager Dennis Drew said of the studios.

The low-power FM radio station is also celebrating 15 years on the air and with it trying to raise money for new equipment.

“We have new space and we are trying to raise money for new equipment. The equipment we have now is also 15-years-old,” Drew said. He said the new studios have nicknames to fit them. Studio A is for air, Studio B is in the back, and Studio C or see, is situated so guests and announcers can see Third Street through the windows.

“These are our first windows in 15 years,” Drew said. Throughout its history, WRFA has been located in different areas of The Reg Lenna Center For the Arts building, in Jamestown. Now, the low-power FM radio station has a permanent home on the second floor, Drew added. 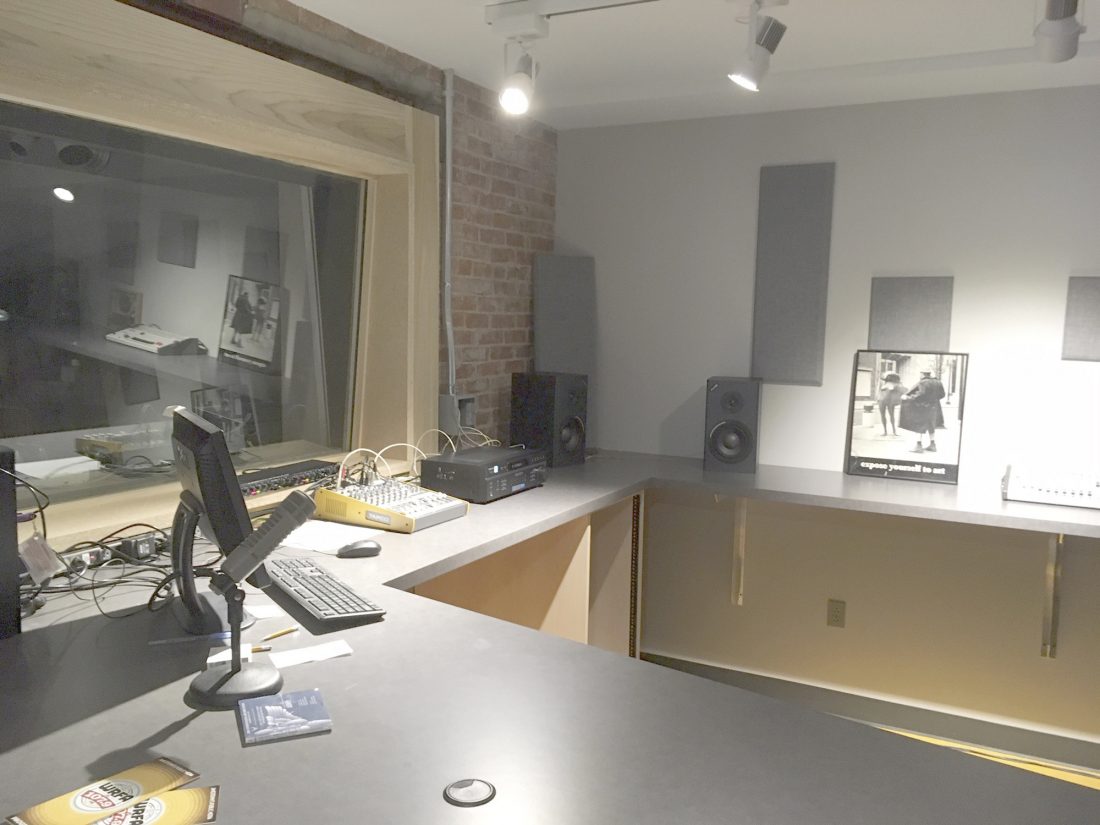 Another studio for use at WRFA. P-J photo by Michael Zabrodsky

According to its website, WRFA is a listener-supported, non-commercial, low power FM radio station provided as a public service by the Reg Lenna Center For The Arts, formerly known as Arts Council for Chautauqua County. The station is broadcast at 107.9 FM. WRFA is dedicated to providing access to the arts, cultural and educational programming and a forum for the discourse of public affairs. Also WRFA provides community outreach through programs at area public schools, the East Side YMCA and the Boys and Girls Club of Jamestown and Hispanic Youth Radio. The station also relies on participation from local volunteers, who produce a wide variety of news, cultural and entertainment-related programming. Along with Drew, Jason Sample is the public affairs director and Steve Schulman is the station consultant. WRFA’s license is held by the Reg Lenna Center for The Arts.

“In an addition to the radio station, we also built a performance space upstairs that is also capable, when we get all of the equipment, of being an audio and video studio. The idea is to be multimedia. We have the capability of doing (bigger) live radio shows right here,” Drew noted.

The station manager also said two shows that are currently being programmed, “Arts on Fire,” and “Community Matters,” may, when the space is ready, go live once a month.

“When we have the video cameras where we can stream Facebook Live, we can have the mayor or we can have mayoral candidates there with Jason Sample. We can do Community Matters town halls and all those types of shows up there.” The station manager said it isn’t just for interviewing and talk shows, but rather the room can facilitate live music events in the future. “It’s something the Reg Lenna can also rent out for events,” Drew added.

Drew said it doesn’t seem like 15 years has passed. 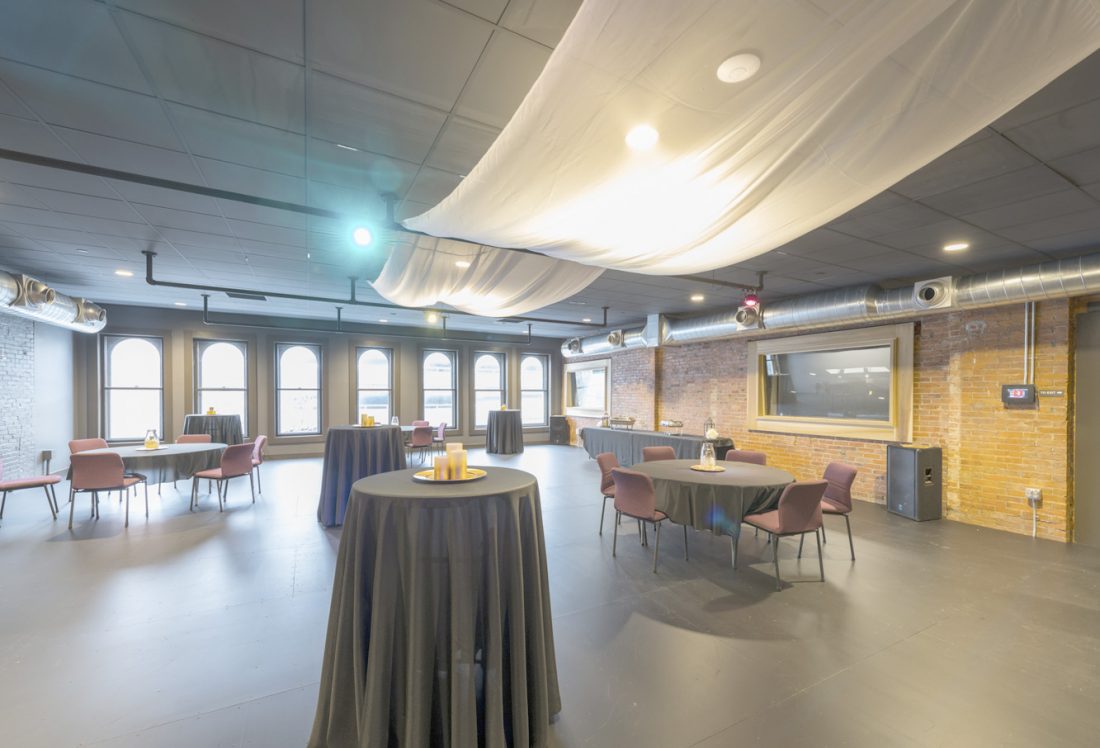 “It really feels like it just started. Now with all new space and new opportunities, and the new digital internet world. It’s like we are starting over. We have a lot to learn, but it’s very exciting,” Drew said.

The station is trying to develop a web-based, and on-demand presence while getting into the multi-media arena. He said listeners, in the future, will be able to watch shows live or be able to download archived versions he said.

“The digital world is a different world. I’m learning a lot about it.”

Drew said the station is about being public and giving back to the public. “We give time. Yea are a public station and we are here for the public good. We can spend 45 minutes with one interview, with one politician or with one head of some foundation and get the whole story,” the station manger said.

He said the work can’t be done without Sample, Schulman and the volunteers. “We have a good group. People know what they are doing here,” he mentioned. “We are trying to serve the public the best we can.”