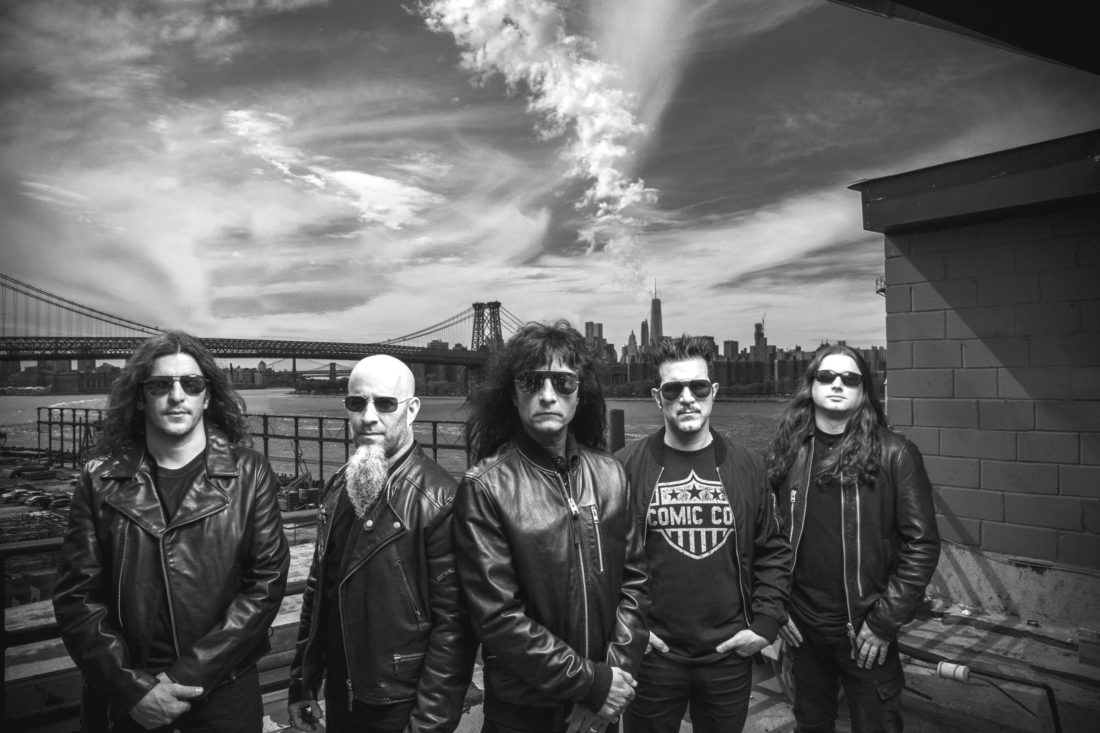 Frank Bello has been putting down basslines for Anthrax, as well as being the melody-maker in the writing process since the mid 1980s, when the band called themselves five guys in shorts. The board shorts wearing thrash metal musicians have found their way and show no signs of slowing down.

Now, through the persistence of time, they find themselves a bit more comfortable in pants on stage, with more of a metal appearance than the guys from New York City did when they were the first to really give rap and metal a mix with their classic, “I’m the Man” in 1986. They are still pushing out quality metal and giving the glimpses behind the scenes, and the thrash metal royalty is on tour to support, Slayer, at Darien Lake, Aug. 3.

Anthrax recently put out their newest concert video, “Kings Among Scotland,” showcasing a performance on tour in support of the Among the Kings album but with the traditional Anthrax outtakes.

“We like to offer the people that like our music a day in the life, so to speak,” Bello said. “I’m a fan of music and I like to see the behind the scenes, the outtakes on the road that bands go through. We want our fans to be able to see the outtakes that are Anthrax on the road.”

That fandom is something that has made life on the road a bit more of a joy for Bello. He is a family man but he still likes his time playing bass for one of the biggest metal bands that exists.

“I am blessed to be able to make a living out of making music,” Bello said. “I love the stage. I love the music. I love the fans. I am very grateful to be where I am today. I know how fortunate I truly am.”

“I like the challenge of Joey’s vocals,” Bello said. “We play heavy music with heavy melodies on top. It’s what we do. Joey is the voice we have. It’s a challenge I enjoy.”

Anthrax has been on tour with Slayer many times in the past, but this one is the last time, according to the guys in Slayer. Bello said he and his band mates have great seats to see the whole thing.

“We have toured a lot with these guys and we are lucky and fortunate to be on this tour,” he said. “Despite what it is called, I don’t think this will be the end of the road for Slayer. Slayer is a way of life, not just a band.”

Thrash metal is a hard and fast music that takes a lot of energy. Bello says he has a way to deal with it relaxation and he knows just how to deal with it.

So, what does the bassist listen to when he is not on the road?

“I just had a couple Beatles days,” he said. “I go back and forth. I really like to listen to classic rock — stuff like Led Zeppelin and Rush.”

Anthrax will play in support of Slayer on their final tour stop at Darien Lake’s Performing Arts Center on Aug. 3 with Testament, Lamb of God and Napalm Death.