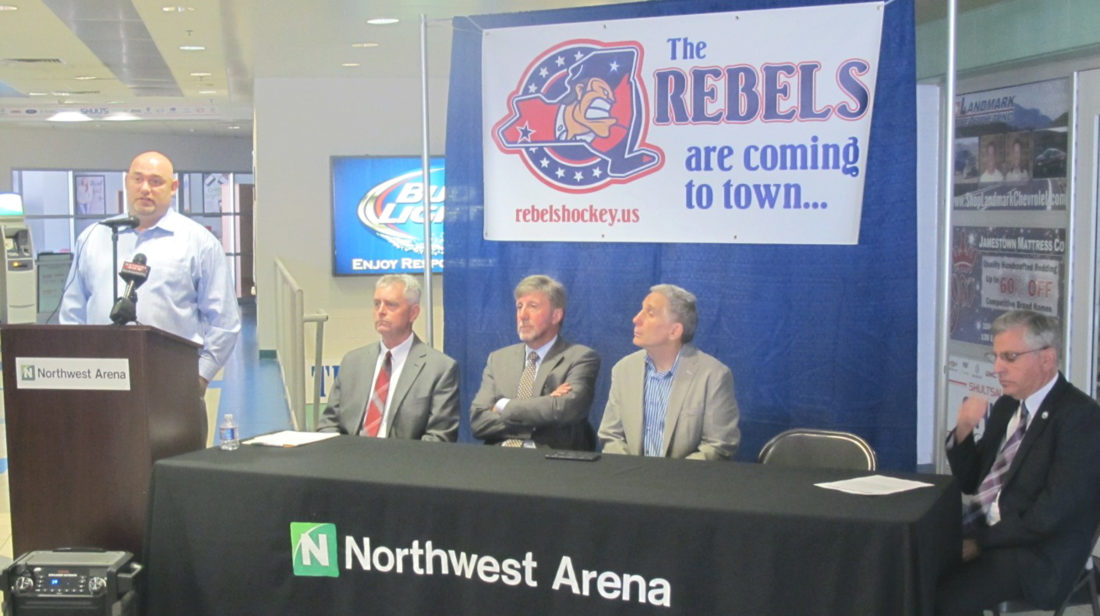 A Tier 2 North American Hockey League team will once again play at the Northwest Arena.

On Tuesday, city, arena and team officials announced that the former Philadelphia Rebels have signed an eight-year contract to play at the downtown Jamestown arena. David Leathers, Jamestown Center City Development Corporation co-president, said this is a significant step for the arena to bring back the only junior league sanctioned by USA Hockey. The Jamestown Ironmen were the last Tier 2 junior hockey league to play in Jamestown.

“This is not a roll your eyes moment, ‘There is another hockey team in Jamestown,”’ Leathers said.

Ken Dennis, Rebels owner, said they have been an established team in the North American Hockey League, having played for 10 seasons. He said interest was shown for the Rebels by owners of arenas in Wisconsin, Maryland, Massachusetts and Virginia. He added that Jamestown was selected because of the great arena, board, staff and the relationships he built with community members during the negotiation process.

“A little rebellion is a good thing,” Dennis said.

Dr. Jim Cirbus, Jamestown Area Hockey Associates, said the dream of having a Tier 2 junior league hockey team return to Jamestown started last month when they received a call from Rebels officials about the arena possibly being their new home. Cirbus said this is what the local hockey group was looking for because it would have been a huge financial challenge, three to four times the costs of the Southern Tier Xpress, to support a Tier 2 team.

Cirbus said the Express franchise will be relinquished to the North American 3 Hockey League. He said, prior to the deal with the Rebels, the Xpress, who were a Tier 3 junior hockey league team, were in the transition of joining a new league because all of the teams in their division were folding. He added that he would like to see a Tier 3 team return in the future so local hockey players can compete at the arena.

Cirbus said the experience with the Xpress, who started playing at the arena in the fall of 2014, helped erase the stigma of hockey in Jamestown. In 2008, the Jamestown Vikings of the Mid-Atlantic Hockey League trashed the former Vikings Lodge in a drunken rampage after the rest of their season had been canceled midway through the schedule. Cirbus said the stigma of this incident was erased by bringing in good hockey players to play for the Xpress.

“This is too good of an opportunity to pass up,” he said.

Joe Coombs, Rebels head coach, said the team will be well-behaved and they want the community to be proud of them.

“We’re looking to make a home,” he said. “The product on the ice, I think you will enjoy it.”

Dennis said a training camp will be held at the arena July 6, 7 and 8. He also said they are looking for local people to volunteer to be billet families to house players during the season. He added the regular season schedule has not be finalized yet, but they usually start the end of September or the beginning of October. He said the season runs through the first week of April, with a playoff format for teams that qualify following the regular season.

Last year, the Rebels made it to the division finals with a record of 41 wins and 15 losses. Several of the players on last year’s Rebels team made NCAA commitments, including several to large Division 1 schools, arena officials stated in a news release. 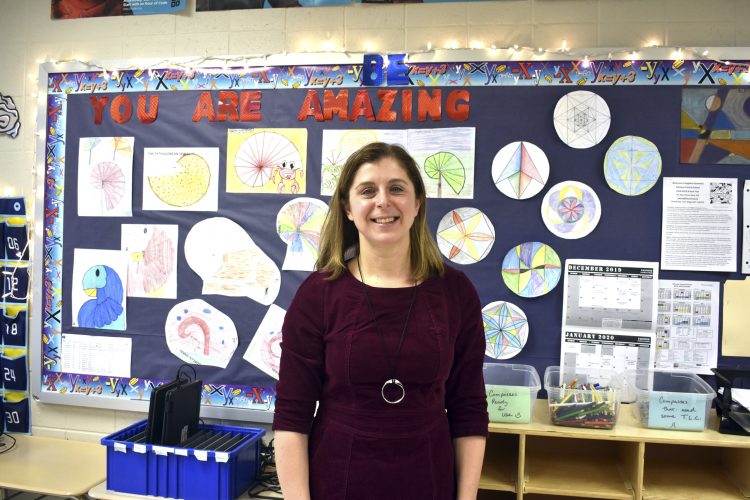