No Injuries Reported In Interstate 90 Blaze 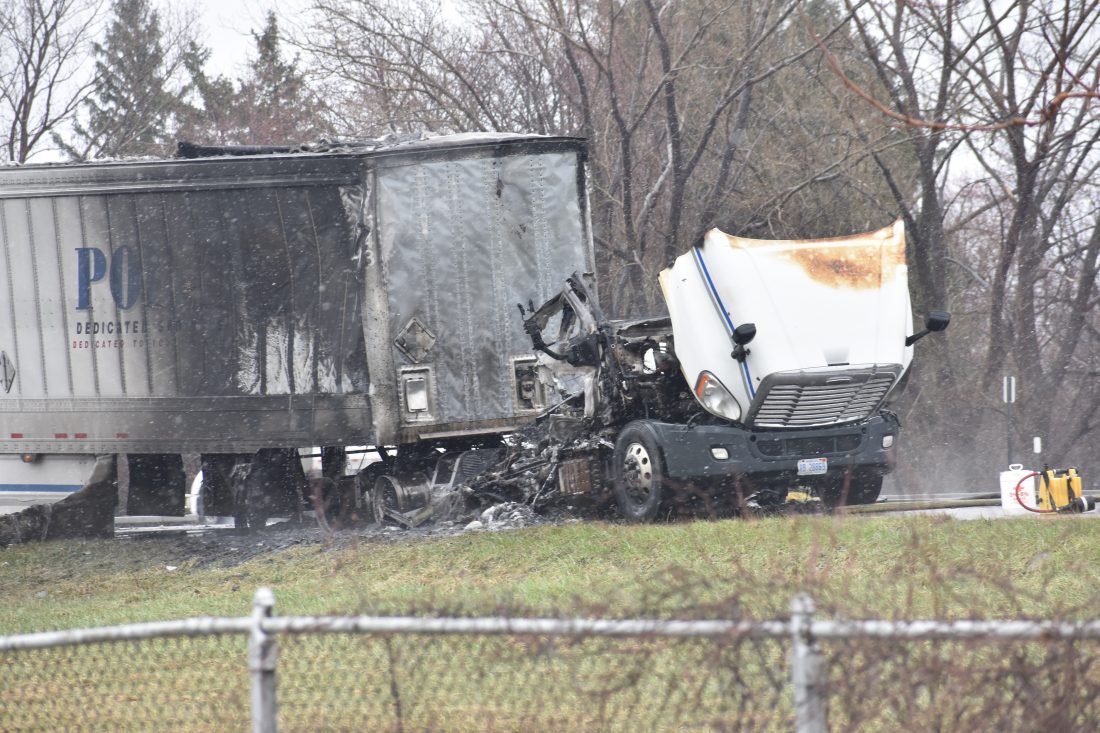 A semi tractor-trailer was destroyed in a fast-moving fire late Monday morning on Interstate 90 in Dunkirk. The incident took place in the westbound lane. Photo by Jordan W. Patterson

The truck caught fire in the westbound lanes near Waldorff Road in Dunkirk at about 11:15 a.m. The driver managed to pull over to the side and escape but the vehicle was quickly consumed by flames.

At the height of the fire, tires exploded off the blazing vehicle with loud cracks that could be heard a couple miles away in Fredonia.

Burning brightly, the wheels of fire dramatically rolled down an embankment and nearly to the fence separating the thruway from Waldorff Road.

The Fredonia Fire Department had a large audience as it put out the semi fire, as dozens of onlookers clogged Waldorff Road and at least three people could be seen toting camera equipment. New York State Police held westbound Thruway traffic back.

A little over an hour later, the flames were out. The rear of the trailer was still intact, but the front of it was severely burned and the driver’s cab was destroyed.