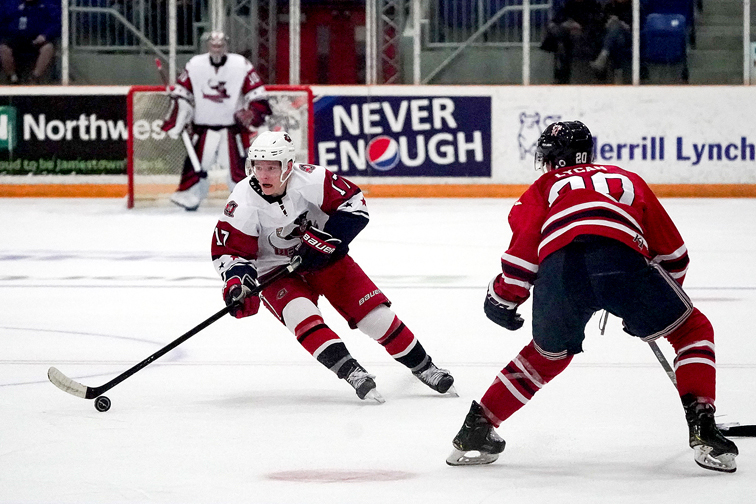 Valentino Passarelli’s first-period tally triggered a Teddy Bear Toss to benefit the Marine Corps Toys for Tots Foundation, but that was the high point of the night as the Jamestown Rebels dropped a 3-1 North American Hockey League East Division decision to the Johnstown Tomahawks on Saturday evening at Northwest Arena.

Colin Price gave Johnstown (16-8-2-2) a 1-0 lead 7:51 into the game with his third goal of the season from Jesse Lycan and Tristan Poissant.

Passarelli then scored his fourth of the season from Joe Teasdale and Noah Finstrom with over five minutes remaining in the first period to tie the game at 1.

Max Kouznetsov’s ninth of the year on the power play from Carson Gallagher and Quinn Warmuth gave the Tomahawks a 2-1 lead 1:28 into the second period.

Johnstown put the game away in the third period when Christian Gorscak scored his 11th of the season from Spencer DenBeste and Poissant.