Kickin’ It Into Gear 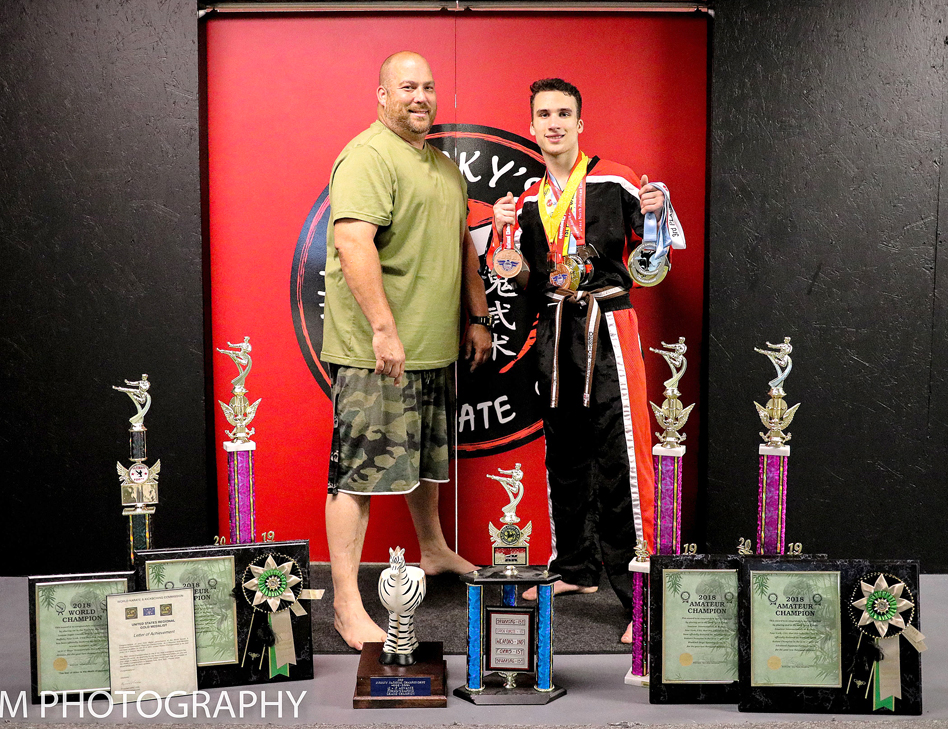 For the majority of talented and driven young athletes, there is a well-defined path toward future success. In sports like basketball, softball and hockey the top young players all look to build their youth careers through elite travel and high school teams while striving to earn the attention of NCAA Division I programs.

Things are decidedly different in the fight game, as 17-year-old Deryck Brown of Jamestown can tell you. There is not always a clear road to follow to the top of the pyramid. While Brown started off his athletic career with success in youth football, an injury played a part in turning his attention to competitive sport karate.

In the past six months, that shift in focus has started to pay dividends in a big way, with Brown earning a spot on Team USA for the upcoming World Karate Commission World Championships in Niagara Falls this November.

Competing in both “fighting” and “open hand” in the 15-17 division at 145 pounds, as well as earning a spot as the first alternate in “weapons,” Brown will get a chance to test his talents against the world’s best martial artists.

“For everyone in sport karate, it’s like, this is it,” Brown said of the World Championships. “Ever since I was little when I competed with Gaffar (Adam) it was like, ‘this was what I wanted to do.'” 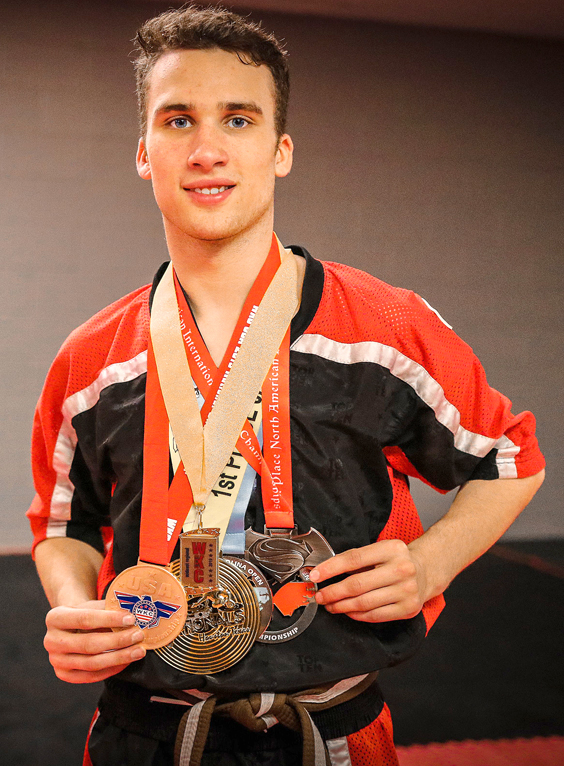 Brown’s martial arts career started like many in Western New York with Adam and his Air Gadfly Combat Sports and Fitness Program.

“It first started with … my little brother went because we wanted to get him in to something,” Deryck said. “We originally started doing kickboxing and then I went to I think one class. It wasn’t even really a class, it was a belt promotion. After that I started teaching because I relearned all of my katas and started teaching everything again.”

Brown continues to teach at Rocky’s and hone his skills in practical self-defense as well as sport karate and goshinjutsu.

Like many talented athletes competing in sports that are not at the forefront of popularity, Brown soon found himself in a position where growth was going to mean travel.

The same way that swimmers and gymnasts often find themselves having to travel to larger cities to find training, Brown found an opportunity to build his resume with Trinity Karate Organization-Erie.

Around a year ago, TKO-Erie instructor and sport karate arbiter Brian Arrington noticed Brown in competition and was impressed.

“Brian came up after a tournament and said ‘Hey, I run an all-star team out of Erie. I’d love to have him come out and train with us and see if it is something he wants to do.'”

After being set up with a larger program and traveling to bigger tournaments, Brown started to make the switch from competing in National Blackbelt League events to the WKC, where he will now pursue a world title.

Brown earned an amateur NBL World Championship last year after traveling to Buffalo with his father and family friend Michael Butterfield, who continues to support Brown in his fighting career.

Bumping up his competition to the WKC, Brown fought his way through a series of tournaments in the past year to earn a spot on Team USA.

“You qualify during the year,” Tyler Brown said. “So he went to a tournament in Pittsburgh which qualified him for Toledo, and then in Toledo he qualified to go to Detroit, and now he made the WKC Team USA.”

Nov. 2 is the start of a full week of action at the WKC Worlds at the Sheraton Niagara Falls, with Monday marking the first day of competition.

“There were 29 states at nationals so out of those he actually qualified third … so he is the third-best fighter at 145 pounds, 15-17 year olds in the country right now.”

Brown will be one of four fighters representing the United States in his division. Last year at the WKC Worlds in Ireland, 19 different countries were in attendance.