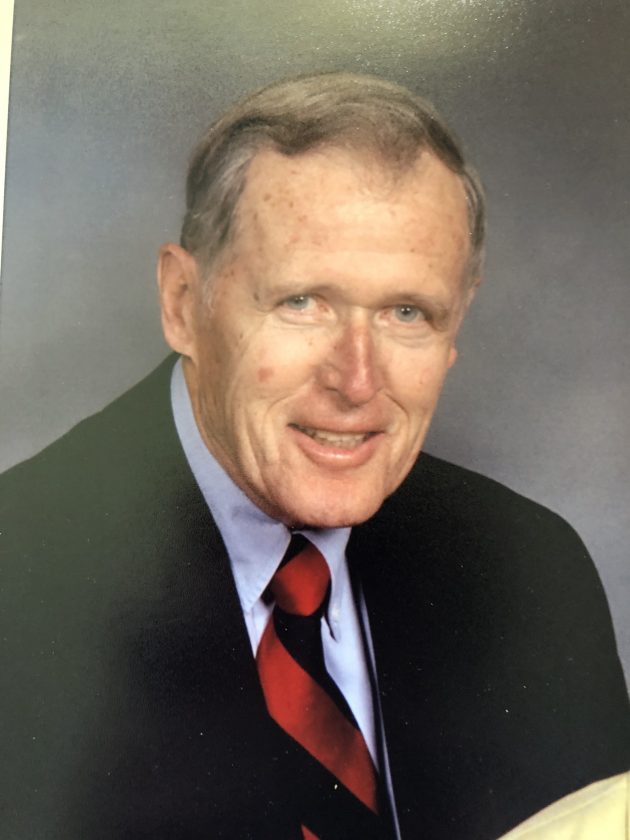 On Feb. 18, 2020, after 96 years wonderful years, Paul William Keating died peacefully at his winter home in Dunedin, Fla., with his loving wife of 57 years, Judy Garrison Keating, by his side. Paul and Judy had shared a wonderful life together in the Lake Chautauqua region. Paul is survived by his wife and two children: daughter, Theresa and husband, Gregory Mostoller of Cheshire, Conn., and son, William and his wife, Laura Keating of Bedford, Mass. He had five grandchildren, who were the lights of his life; Megan, Erin and Ryan Mostoller, and Ainsley and Spencer Keating.

Paul is preceded in death by his parents, William Joseph and Marie Flynn Keating; and his two younger brothers: William and Terrance.

Paul was born on March 20, 1923 in Buffalo, N.Y. He attended Canisius College, as well as The Gregg Shorthand School in Chicago. Ill., where he perfected the art of shorthand. He served our nation dutifully in the Army during World War II, where he worked in the Judge Advocate’s office at Fort Dix, N.J. Following his service, he continued writing shorthand for the remainder of his life. Paul served Chautauqua County as a court reporter for 40 years and had the privilege of working with five distinguished judges, and numerous high-profile court cases.

Besides his love of fami-ly and friends, Paul enjoyed a lifelong passion for Latin music, and all matters related to baseball, especially for the New York Yankees, much to the light-hearted dismay of his Boston Red Sox-loving family. Paul possessed an encyclopedic knowledge, and relentless fascination with the subtle nuances of the game. Most notably was his fondness for the exploits of pitching greats Nolan Ryan, Greg Maddox, and of course his grandson, Ryan.

Paul was artful storyteller. He had a fascination for colorful characters, be they notorious or nobleman alike. With his impish grin, and his bright blue eyes, he would regail his subtly embellished stories of life during the Great Depression, latin and big-band era music, or his past exploits, to his family, friends and total strangers alike. When he wasn’t telling his stories, Paul could be found read-ing them, often starting at the end of a book first, and dog-earing his favorite pages.

We will miss his letters, his sage advice, his wit and wisdom, and the laughter he caused that would fill a room, as well as the melo-dies of Xavier Cugat and Artie Shaw from his record player. We can’t help but think Paul had a talk with the someone in heaven to bring baseball back this year. Following Paul’s gui-dance, we’ll always remember to “keep the ball low”.