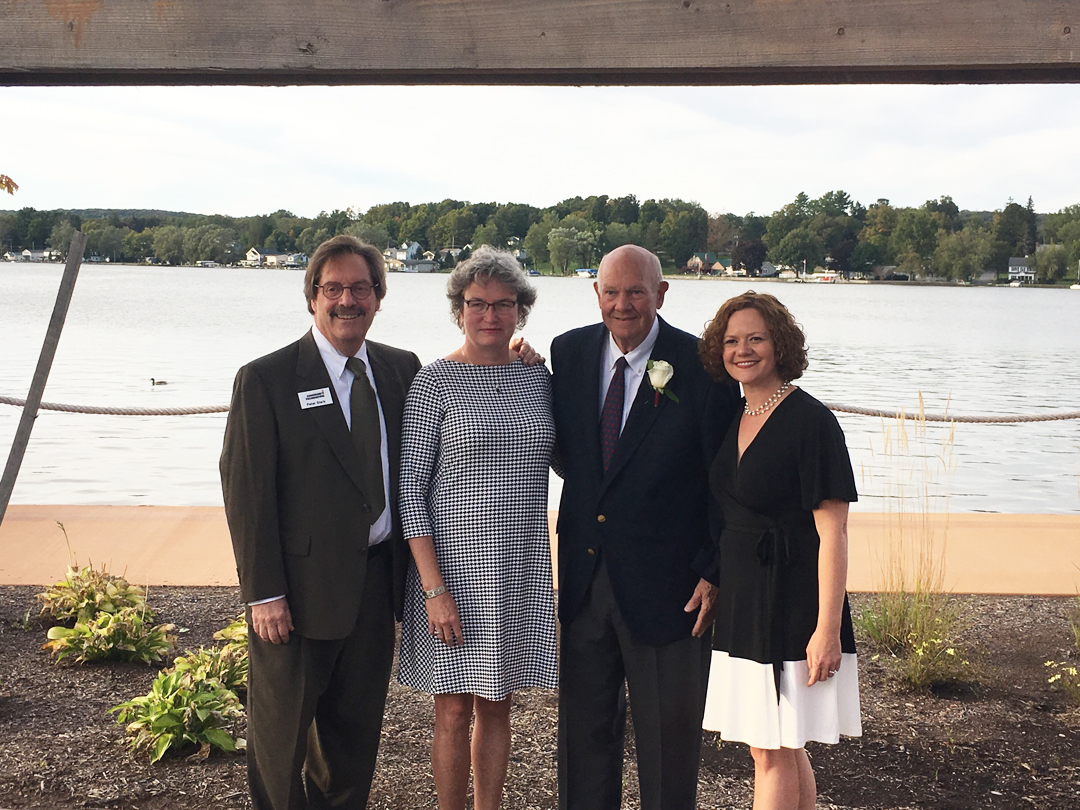 CELORON — Joel Gaden has been giving back to the city of Jamestown for decades.

For his efforts, he was presented the 2019 John D. Hamilton Community Service Award by the Chautauqua Region Community Foundation Thursday.

Gaden and his late wife, Nancy, and their three children, moved to Jamestown in the late 1960s. He served as the president of the former Bank of Jamestown and subsequently the then First National Bank. He had served in the U.S. Army Reserves for seven years, and after being honorably discharged, he began a successful career in banking and finance in New York City.

Gaden has served as leader for many organizations, such as President of the United Way of Southern Chautauqua County and chairman of the advisory board at the YMCA of Jamestown. He’s helped with the Salvation Army and Literacy Volunteer. He now serves as a volunteer tax preparer for the United Way of Southern Chautauqua County’s VITA Program, a member of the Audit Committee at WCA Foundation, President of the Advisory Board at RSVP and Foster Grandparents at Lutheran, Chairman of the Lutheran Foundation, and as an Elder on the Session of the First Presbyterian Church of Jamestown.

“Joy is something he gives us and others every day,” said Julie Lechner, Gaden’s youngest daughter. “He’s taught us to spread it to others.” 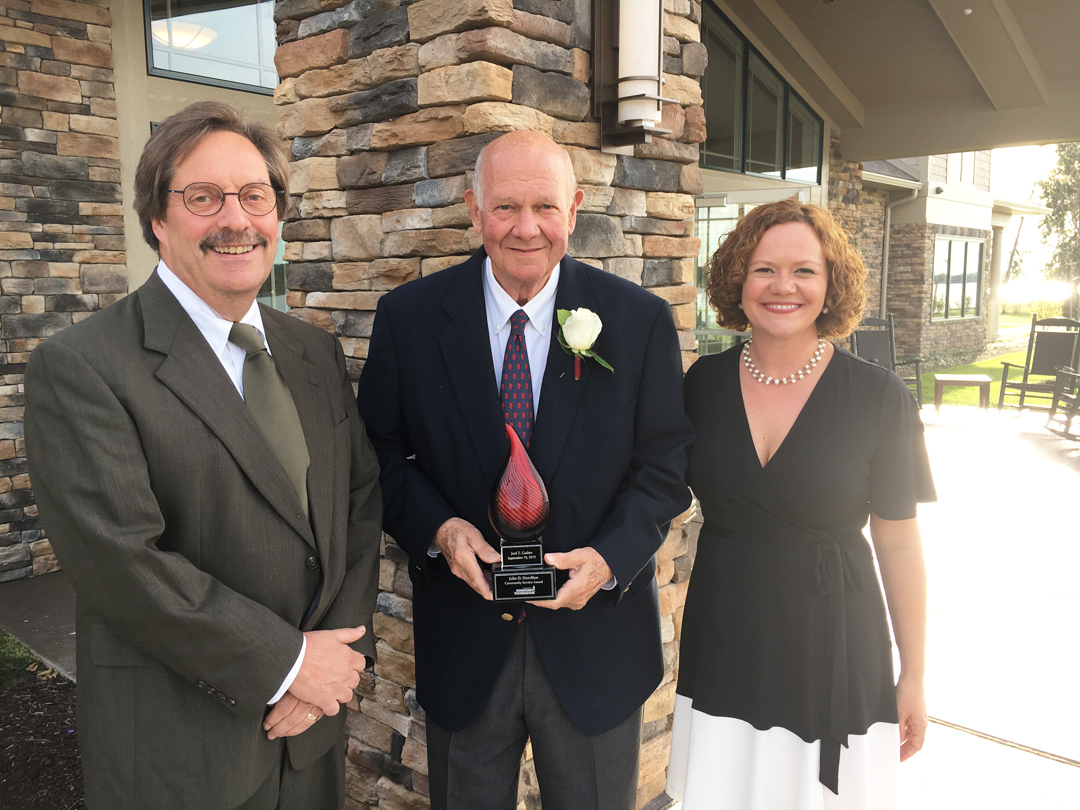 The award was presented to Gaden by Tory Irgang, executive director of the Foundation, at the Chautauqua Harbor Hotel. Gaden’s children, Nancy, William and Julie, recounted their favorite stories of their father, talking about how they gained their love of sports and music through their parents.

“I know Nancy is looking down on me,” Gaden said when accepting the award. “I know she was honored when she won the Foundation’s Axel W. Carlson Unsung Hero Award in 2003. And I would like to thank every single one of you here. It’s an honor.”

The John D. Hamilton Community Service Award has been presented since 1994 to individuals whose dedication, leadership and support further community spirit and enhance the quality of life in the Chautauqua Region.

“Every time Joel comes by, he always leaves a huge smile on everyone’s faces,” Irgang said. “We wouldn’t be here together without him.”