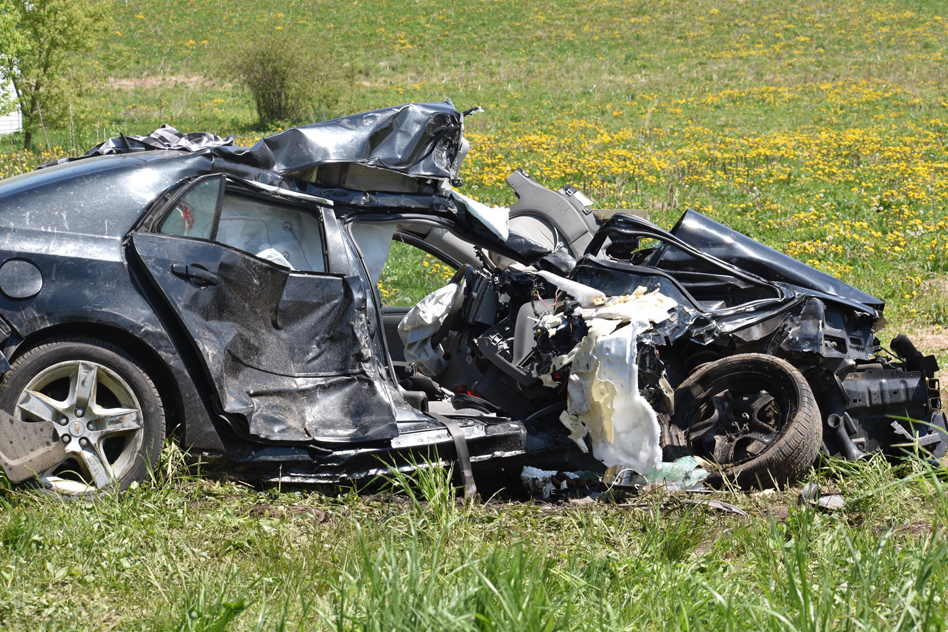 Three people were taken to the hospital following a two-vehicle crash Wednesday morning. A sedan was destroyed in the collision. P-J photo by Jordan W. Patterson

FINDLEY LAKE — Three people were taken to the hospital for treatment of non-life-threatening injuries following a crash that destroyed a sedan Wednesday morning.

Chautauqua County sheriff’s deputies responded to the collision at 11 a.m. between the sedan and flatbed truck at the intersection of Route 426 and Mann Road.

An investigation found that 26-year-old Zack Pfeffer of Erie, Pa., “disregarded a stop sign” when he drove into the path of the truck, driven by 38-year-old Dan Miller of Guys Mill, Pa.

Pfeffer and a passenger in the sedan, 41-year-old Jared Sper of Rockford, Mich., were trapped in the vehicle and had to be removed with the help of Findley Lake and neighboring volunteer firefighters.

Miller, Pfeffer and Sper were taken to UPMC Hamot in Erie, Pa.

The crash remains under investigation, the Sheriff’s Office said in a press release.