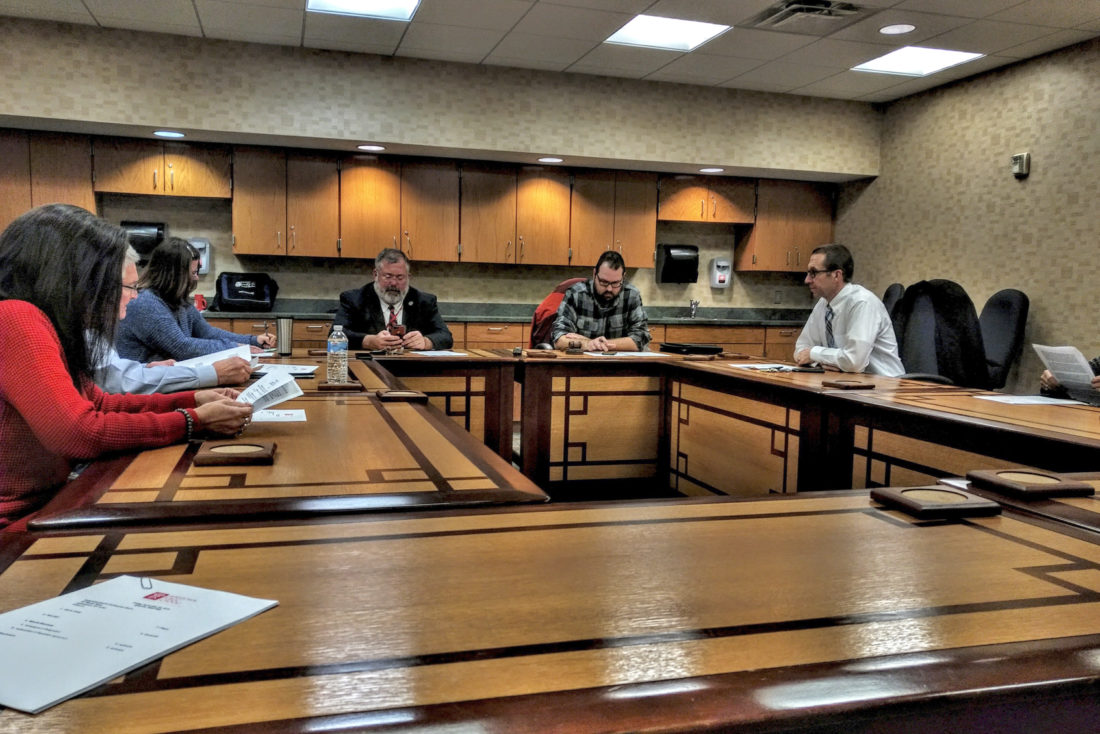 Jamestown Public Schools Board of Education approved the resignation of Scott Lumia, a high school teacher.

The board approved the resignation and separation agreement after an executive session during a special meeting on Friday.

The Federal Bureau of Investigations is investigating a possible case, sources told The Post-Journal. When reached by phone late Friday, Buffalo FBI spokesperson Maureen Dempsey said the bureau could neither confirm nor deny involvement in a related investigation. However, Dempsey said the FBI was aware of Lumia’s resignation.

The board released an official statement.

“At tonight’s board of Education meeting, the board accepted the resignation of employee Scott Lumia,” Dr. Bret Apthorpe, district superintendent, said. “I understand there may be questions about the nature of the resignation, however, as with any district personnel matter we cannot comment on specifics. We can only confirm, as with every personnel matter that is brought to the district’s attention, the district investigates any concerning report and works with state and federal law enforcement authorities if necessary, and as appropriate, with the best interests of our students at the forefront. The Jamestown Board of Education holds the highest expectations concerning student well-being and safety and will always take swift action when appropriate.”

The district placed Lumia on paid administrative leave on Nov. 21. He began his tenure in the district in 1999 according to nydatabases.com. Because it is a personnel matter, Apthorpe could not comment on the reasoning for his placement on leave.

The board of education voted unanimously to approve Lumia’s resignation and separation agreement.

“I can’t comment specifically on Mr. Lumia’s situation because that’s a personnel matter,” Apthorpe said while addressing media following the meeting. “What I can say though is this school board takes the welfare of our students very, very seriously and at any time that there’s a question that students’ welfare may be at risk the board has made it very clear that decisive, assertive action be take.”

Apthorpe said he was aware of “things” that are on social media sites when asked about Lumia’s situation and the welfare of students. Apthorpe reiterated that the No. 1 priority of the board was student safety.

Apthorpe said the action taken at Friday’s meeting was not anything other than the approval of a resignation and a separation agreement.

A phone call to Lumia was not immediately returned. Lumia’s attorney, Pete Pillittieri declined to comment.