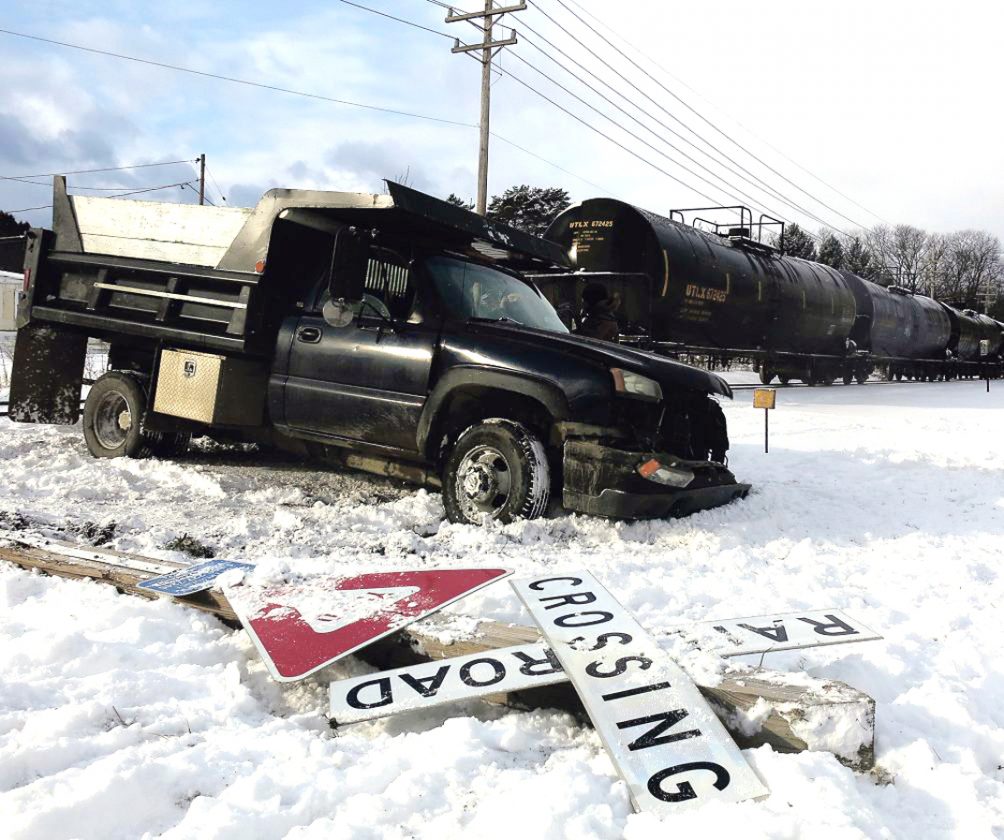 A one-ton dump truck was struck by a train Wednesday morning in Starbrick. According to Conewango Township Police in Warren County, Pa., the driver of the truck did not see nor hear the train and drove the truck southbound on Robin Lane onto the tracks, where the westbound train struck it in the front end. Photo by Brian Ferry

WARREN, Pa. — Two people escaped serious injuries when the truck they were in was struck by a train Wednesday morning in Starbrick.

According to Conewango Township Police, the driver of the one-ton dump truck failed to see or hear the train as he was driving south on Robin Lane near Ferrellgas. He proceeded onto the train tracks. Police said the passenger in the vehicle shouted at the driver in time for him to get the truck stopped.

According to police, the train was moving at 25 miles per hour or less at the time of the crash.

The westbound train struck the front end of the truck, causing significant damage to the front end and driver side and spinning it around 180 degrees.

The driver of the truck was entrapped in the vehicle. Starbrick Volunteer Fire Department used a Hurst tool to open the driver door.

Both the driver, who complained of back pain, and the passenger, who had lacerations and complained of knee pain, were transported by EmergyCare to Warren General Hospital.

The vehicle was towed from the scene by Hillview Pre-Owned.