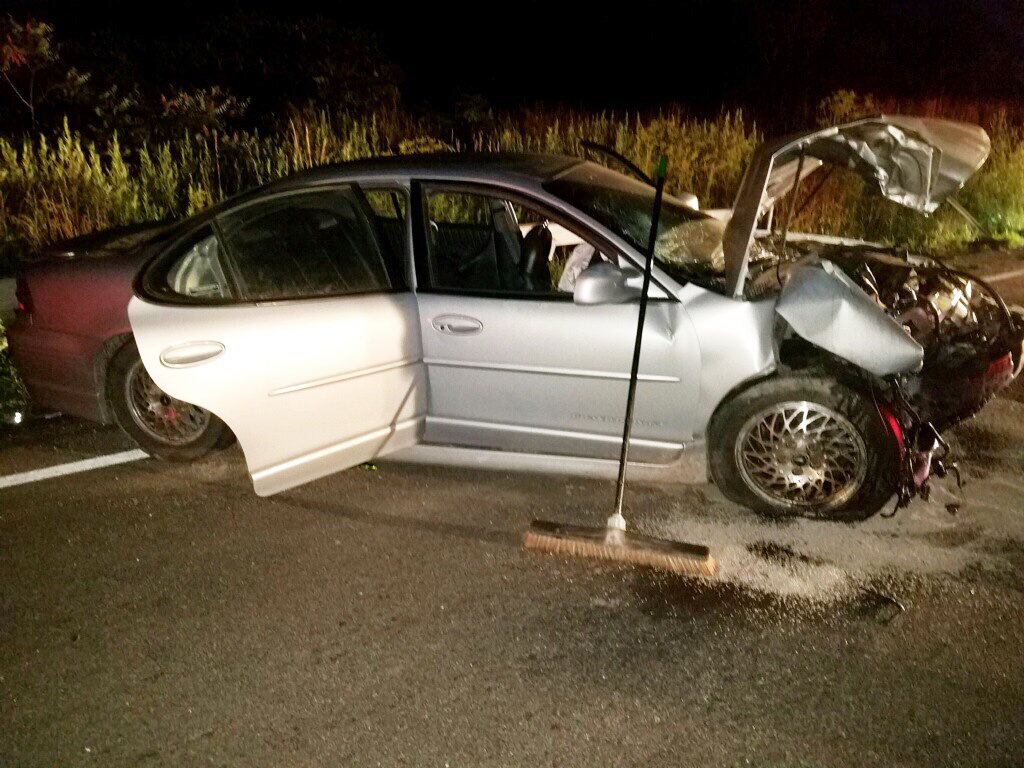 A woman was airlifted to an Erie, Pa., with back and head injuries following a crash late Tuesday on Route 394 in Kennedy. The driver of the vehicle involved is facing multiple charges. Photo by the New York State Police

KENNEDY — A woman was flown to a nearby hospital with serious injuries following a crash late Tuesday.

According to Capt. Eric Balon of the New York State Police, the woman — 53-year-old Hope Raichlin — was a backseat passenger in a vehicle that struck a guardrail on Route 394 around 9:24 p.m. Raichlin, who was reportedly not wearing a seat belt, was thrown into the front seat and struck the windshield, Balon said.

Raichlin, no address given, was flown by helicopter to UPMC Hamot in Erie, Pa., with a broken back and severe head trauma.

The driver of the vehicle, 36-year-old Haley Jimerson, told police she fell asleep and drifted off the road when she struck the guardrail head-on. Jimerson reportedly told police she took methamphetamine earlier in the evening.

Jimerson and another passenger, 30-year-old Zackery Raichlin, were taken by ambulance to UPMC Chautauqua for treatment of minor injuries. Once released from the hospital, Jimerson is scheduled to be arraigned in Poland Town Court.

Firefighters from Kennedy, Falconer and Ellington responded to the scene Tuesday.